Kon-Tiki: the mysterious relationship between Polynesia and Peru 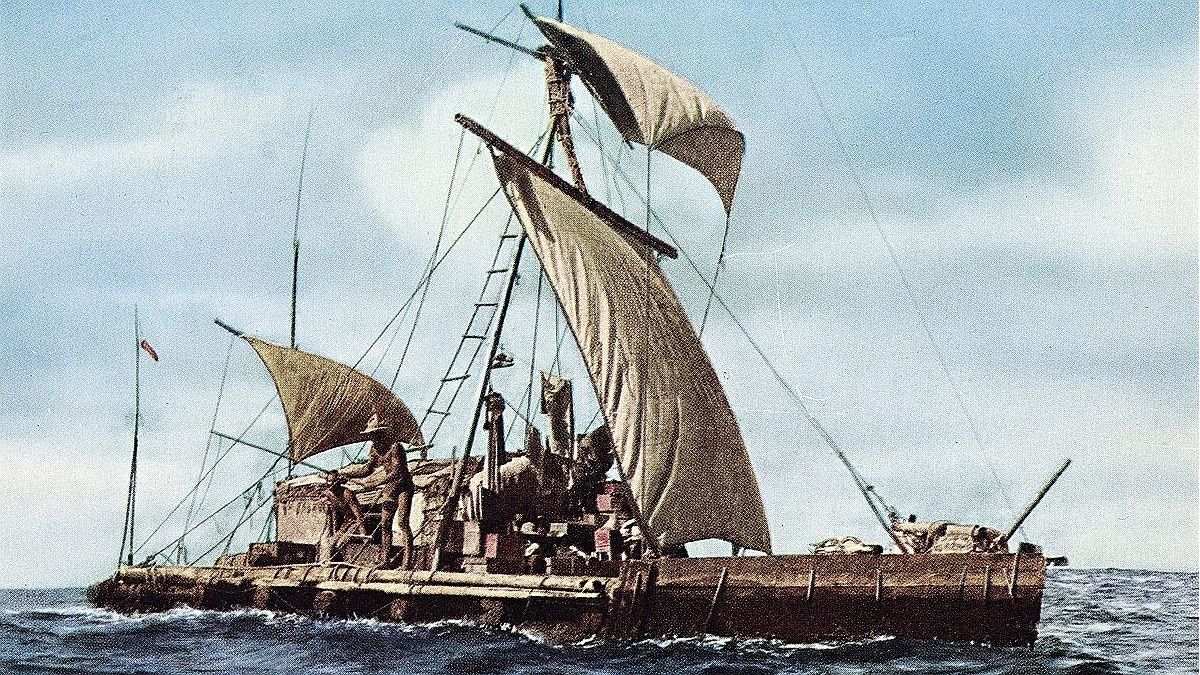 The Captain, by name Thor Heyerdahla 45-year-old man, was a student of ancient civilizations.

Two years earlier, Heyerdahl had been to Chile’s Easter Island in the Pacific and a short time later to several Polynesian islands, also in the Pacific Ocean.

And there he had found two coincidences that caught his attention: one, that the sculptures and stone constructions of the Polynesian islands were very similar to the ruins of Peruvian monuments from the time of the Incas, which he had found thousands of kilometers away on the island. Easter.

And the other fact is that he found in Polynesia, men of not very dark complexion, with features very similar to the ancient Peruvian Incas.

He then deduced that a number of American Indians would have arrived in Polynesia from South America, expelled by the Spanish from their lands, 500 or more years ago.

But How could they have traveled such a distance, if there were no engines at that time to propel the ships?

He intelligently assumed that these men would have sailed on rafts – the name comes from the light and very resistant balsa wood that abounds in Peru – and, aided by favorable sea currents, would have settled there in Polynesia.

But his was only a thesis, with which almost all scientists disagreed.

In addition, the connoisseurs of the sea told Heyerdahl that traveling 4,000 miles in his fragile boat, with the dangers of storms, sharks, etc., it could only lead to certain death.

But Heyerdahl and an expert in meteorology, another in radiotelegraphy, another in navigation, would no longer back down. They understood that starting a path was approaching the end. They had all found theirs. They knew it would be difficult, but they wouldn’t want another one.

“Kon-Tiki” spectacularly reconstructs not only Thor Heyerdal’s ocean adventure to reach Polynesia on a raft, but also how he managed to finance the trip. 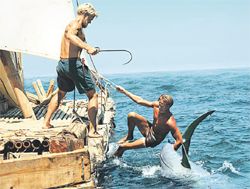 “Kon-Tiki” spectacularly reconstructs not only Thor Heyerdal’s ocean adventure to reach Polynesia on a raft, but also how he managed to finance the trip.

And they left Peru, on April 27, 1947. They would go through routes that were not the usual ones. They were not unaware that even with a happy ending, in the 3 or 4 months that the journey would require, they would not find any ship. The first days, the winds were favorable to them. A candle gave them momentum.

The main fear was that the trunks that made up the raft – united by a kind of liana – would not resist. They did not use iron or steel to build the small ship, in order to confirm their theory, that the ancient navigators – who had not used metals either – obviously did not know them and had crossed the sea in identical conditions.

Heyerdahl recounted in his famous book, also titled Kon Tiki, like their raft, the adventures they had to endure. Shortage of drinking water, food, fight against a gigantic octopus, breakage of a mast, hurricanes and above all … loneliness. But the crew felt that it was better to live for something than to die for nothing. They discovered birds of species not known until then. And when thirst overwhelmed them, the same rain that threatened them with a catastrophe brought them salvation. They understood in the immensity, the minimum value of vanity, of selfishness, of ambition.

They had crystallized a dream and demonstrated a scientific truth: that the primitive inhabitants of Polynesia had arrived sailing in that distant time from South America, as they themselves did, in the 20th century.

He had helped the brave ones on the raft Kon Tikihis courage, his intelligence, his scientific knowledge.

But also nature. That nature that propelled them with the winds, that fed them with their fish, that quenched their thirst with the rains. That allowed them to achieve something that seemed impossible and that they made possible.

And that adventure Kon Tiki ended with happiness by that beautiful brotherhood of those men with the sea, inspired in me this aphorism

“The laws of nature do not need to be written.”