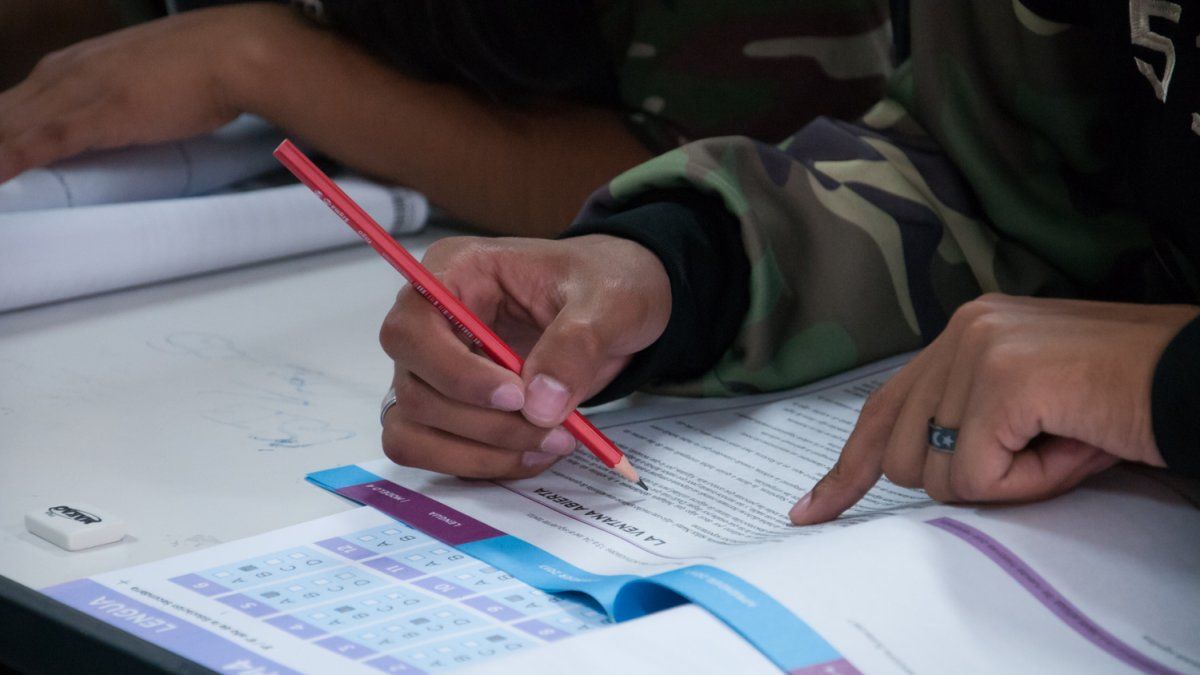 Let’s go back to the United States. An editorial note in the Wall Street Journal on September 1 explicitly blames the tremendous damage caused by the actions of the powerful teachers’ union. The editorial points out that in the face of the tremendous evidence provided by the evaluation “media headlines blamed the pandemic, as if Covid-19 had run school districts in the United States and forced students to sit at home in front of the screens for over a year. Educators, as they call themselves, did just that,” explaining that the head of the American Federation of Teachers, Randi Weingarten, “pushed the closures as long as she could before parents revolted.”

It seems copied from our reality! Our memory is fragile in the face of the multiple events that bombard us on a daily basis, so it is useful to refresh it with some examples. In August 2020, the head of Suteba, Robert Baradel, He assured that it was not the time to think about a return to the classroom and considered that “until the coronavirus vaccine is found, face-to-face classes will be a complication.” In October, the start of face-to-face reconnection activities in CABA generated an immediate reaction from Ademys, the CABA Teaching Association. Its deputy secretary, Jorge Adaro, announced a strike in rejection of the opening of schools and pointed out that “our position is one of absolute rejection of the return to the classrooms that Larreta proposes.” For its part, in October, the plenary of general secretaries of CTERA, chaired by Sonia Alesso, had unanimously resolved that “about the return to face-to-face attendance, we express that it will depend on the appropriate sanitary and epidemiological conditions, this implies zero or low circulation of the virus”. Zero or low virus circulation, it is clear that no additional example is needed.

As the Wall Street Journal points out, schools began to reopen in the US due to the reaction of parents; a fact in a whole similar to what happened in our country. Without the tireless actions of organizations such as Organized Parents, it is difficult to imagine when attendance would have begun to return to Argentine classrooms.

Let’s return once more to the United States. The consequences of the greater power of parents, as a counterweight to the teachers’ union, were not long in coming. The most extreme case is the state of Arizona, whose governor, Doug Ducey, enacted on July 7 the law that expands eligibility for the Empowerment Scholarship Accounts program to all students, regardless of their families’ income. More than one million students will be eligible for more than $6,000 annually that can be used to cover any type of education-related expense, including private school tuition, school supply costs and private tutoring. In the words of Governor Ducey: “With this legislation, Arizona establishes itself as the first state in the nation to offer all families the option to choose the school environment that works best for them. Every family in Arizona should have access to a high-quality education.” Arizona has been the first, others will follow. Probably Florida, in a relatively short time.

Two countries, the same story, I dare to predict that there is no reason why similar episodes should not be replicated in Argentina, the conditions are given. The pandemic has woken up many parents, teacher unions no longer own the future of education. It is only a matter of time before a governor discovers the political payoff of leading, with the support of parent organizations, a change in the educational paradigm similar to the one that is taking place in the United States, a paradigm shift that favors the right of parents to decide which school best suits the needs and/or aptitudes of their children, or their family values, regardless of their economic possibilities. A paradigm shift that would undoubtedly benefit, mainly, children from families with a lower socioeconomic level, the silent victims of the policy of closing schools carried out for almost two years. What better example of social justice!