Where are we going with the dollar, back above $300? 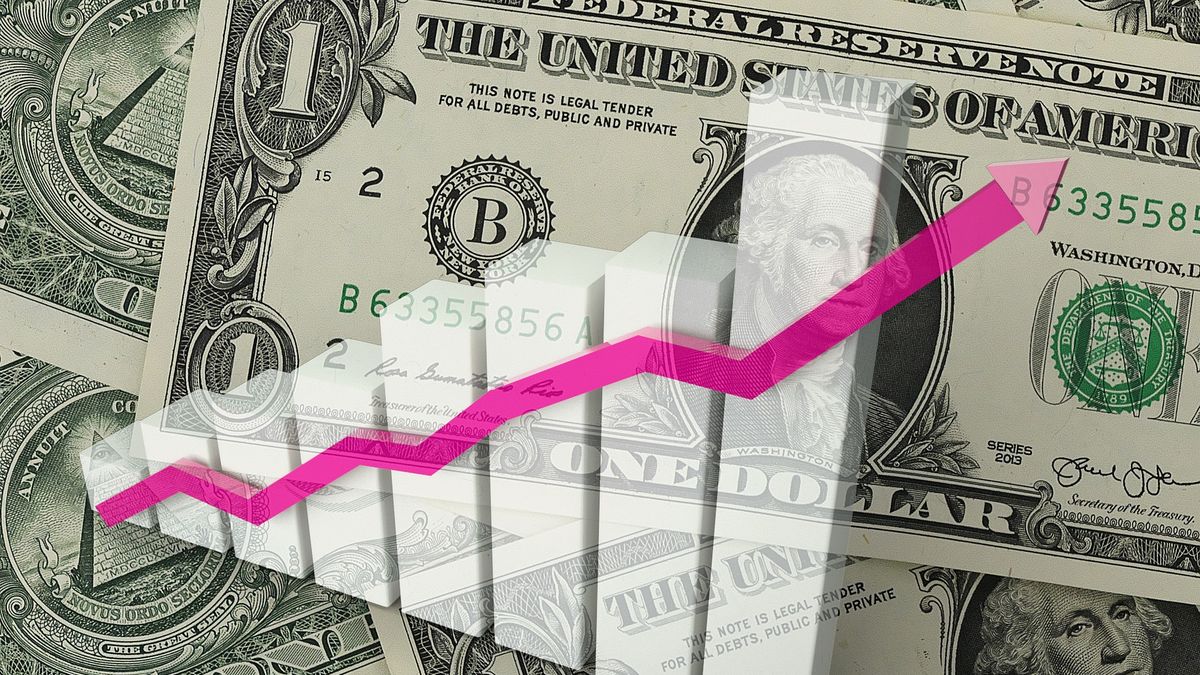 Let’s start with the cash dollar chart with liquidation:

After falling 19% from highs around $340, the dollar woke up and hit its highest value in the last two months.

Two weeks ago I commented on the momentary decline in the dollar (“https://www.ambito.com/opiniones/dolar/The dollar collapsed in Argentina: what happened?”). The foreign exchange summer was partly due to the implementation of the “Soy Dollar”which in 20 days settled more than US$5 billion.

This figure is extremely positive, although it reflects the real problem: there are dollars, the question is at what price. The government does all possible tricks to avoid devaluation, generating disincentives and huge distortions in the economy.

It was clear that, in the short term, reserves were going to accumulate but that, clearly, they would not be “free”since more pesos had to be issued to pay soy producers $200 instead of $140.

Therefore, the measure was a patch that could serve momentarily but that, in the future, was going to generate greater inflationary and devaluation pressures.

Before continuing, I want to invite you to download a report where I explain each of the types of dollar that exist and everything you need to know about the price of the dollar in Argentina. I recommend it to you. You can download it at this link: Financial Letter – dollar.

The Central Bank ruled on Monday that large agricultural exporters who were able to access the soybean dollar will not be able to buy dollars in the official exchange market, nor through bonds (MEP and Cash with Liquidation). The measure does not include producers who sell soybeans, only companies.

Note that the implementation of the “soy dollar” it is until September 30, so it is feared that liquidations may be stopped.

The government always seeks to discourage dollarization with prohibitions and restrictions. It is known that this does not generate good incentives, beyond the fact that these types of measures can work in the very short term.

As expected, the measure of the soybean dollar was bread for today and hunger for tomorrow. The dollar is waking up and is already above $300.

Analyzing the evolution of the number of pesos in the economy (Monetary Base + Leliqs), the dollar continues to look “cheap”: 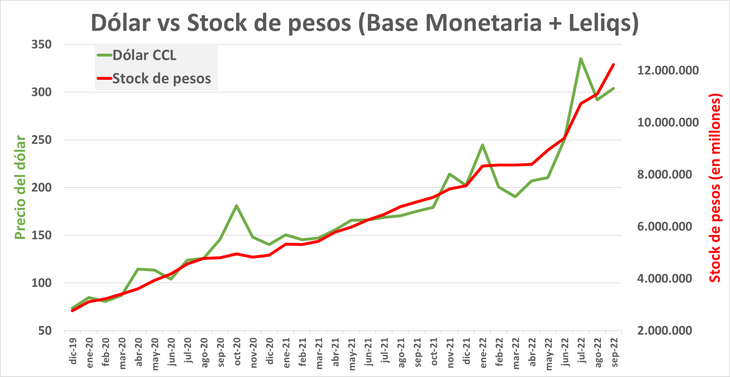 The dollar (green line), after the abrupt drop after Massa, continues to be “cheap”taking into account the stock of pesos (red line).

The constant change of rules of the game, the application of measures that do not generate good incentives and the new restrictions do not help to generate trust.

Also, the government keeps issuing and issuing, so all prices will continue to rise. The dollar, which is one more price of the economy, will bite sharply.