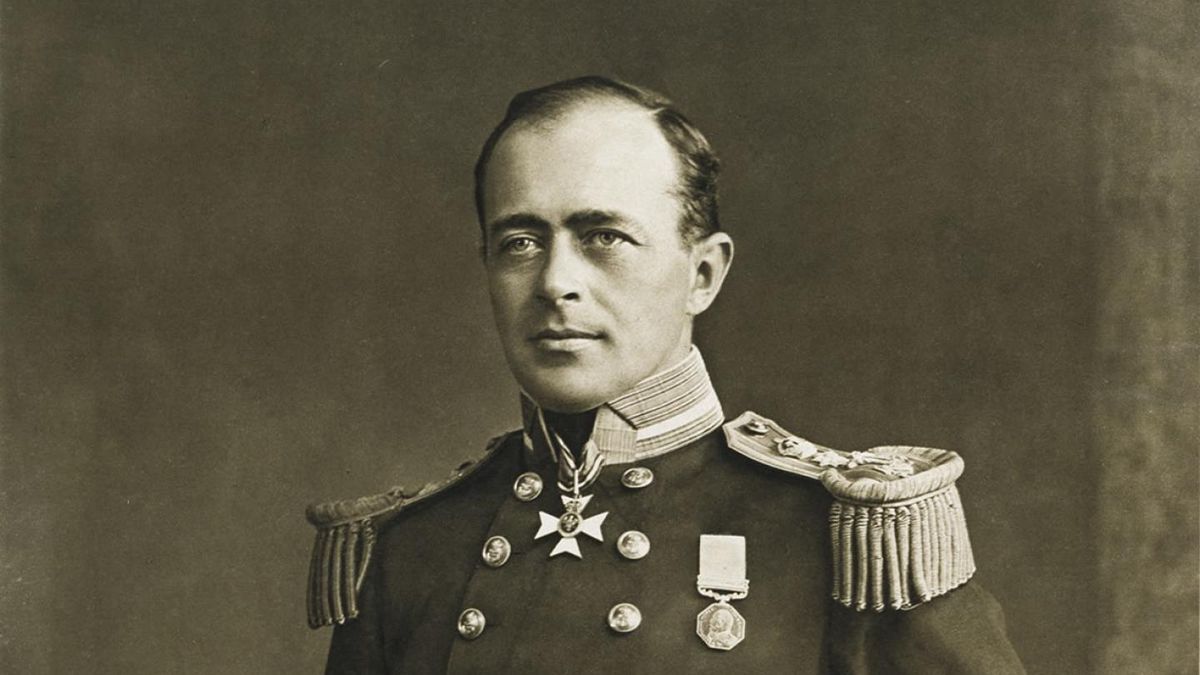 But there were still two places, which hid their mysteries, from the inquisitive gaze of man. They were the North Pole and the South Pole.

Bold men failed in their attempt to unlock these mysteries.

But they did not fight only to discover the Pole, but for which would be the flag that would first wave over the virgin land.

A ship – the Newfoundland – set sail for the Antarctic from England, commanded by Robert Scott, a 48-year-old English explorer and sailor.

He was energetic, phlegmatic and very few words. His goal is to reach the South Pole.

Already in the area of ​​eternal ice, they disembarked. They built a precarious house to spend the winter, which lasted in that region for long months.

Only December and January are considered summer there, because it is the only period of the year when the sun shines in the white polar sky.

There were twenty men and each one was assigned a specific task.

The next day, short exploratory expeditions were made. And one of them returned with discouraging news. They had observed in the distance, ahead of them, a camp. It was that of the Norwegian Amundsen.

Captain Scott already knew that in addition to the ice and the dangers they would have to overcome, someone was disputing him for the glory of being the first winner in the region.

At the head, motorized sleds would go and more sleds with Siberian dogs would close the march.

The twenty men left knowing that only five of those twenty would undertake the last stage and only those five would be -if they arrived- the true conquerors of the South Pole.

After three days the motorized sleds demonstrated their inapplicability. The dogs, on the other hand, resisted almost all the tests.

There were only ten, the men who followed, after 100 km from the base. Always in front was Captain Scott, wrapped entirely in furs, hardly speaking.

And every morning they resumed the monotonous march, through that icy wind, which after thousands of years, was breathed for the first time by man’s lungs.

Not even the dogs could resist and they also succumbed.

It took place on December 31, 1911. End of the year! But there was no time for nostalgia and there were 200 km to go. About fifteen days of march. There, Scott chose the four men who would see him through to the end. Hard choice, by the way.

But on that penultimate day, a doubt – exacerbated by a tiny dark dot on the horizon – agitated them.

Would Amundsen have gotten there first? Yes.

Amundsen, the Norwegian had beaten them. And Scott and his companions, men of steel, wept silently.

Could we say that there was selfishness in them? Not.

Could it be that humanity is unfair when only arriving first is everything and the second usually means nothing?

No longer hopeful, the five heroes undertook the last kilometers, on that January 18, 1912 that should have been glorious and was almost frustrated.

And they arrived. And they had to observe, the Norwegian flag, placed by Amundsen that waved victorious, and insolent over the defeated fortress. Defeated by the Norwegian.

Scott and his men had arrived thirty-four days late! And to think that humanity had already covered millions of days!

And still Captain Scott had a painful duty to perform. There, next to the Norwegian flag, was a letter, in which Amundsen begged whoever found it, to be delivered to King Haakon of his country, Norway, to witness to the world his feat.

And the English complied, as a gentleman that he was, with that moral duty.

But today Captain Scott must be happy from heaven.

Because her faith and her heart carved for her the most beautiful of destinations: Provide a light, to help humanity find its way.

And this aphorism as a tribute to Captain Scott.

“When we fight for an ideal we always win. Even if we lose.”