Photo from Bucha: Volodymyr Zelenskyj shows himself to be very different 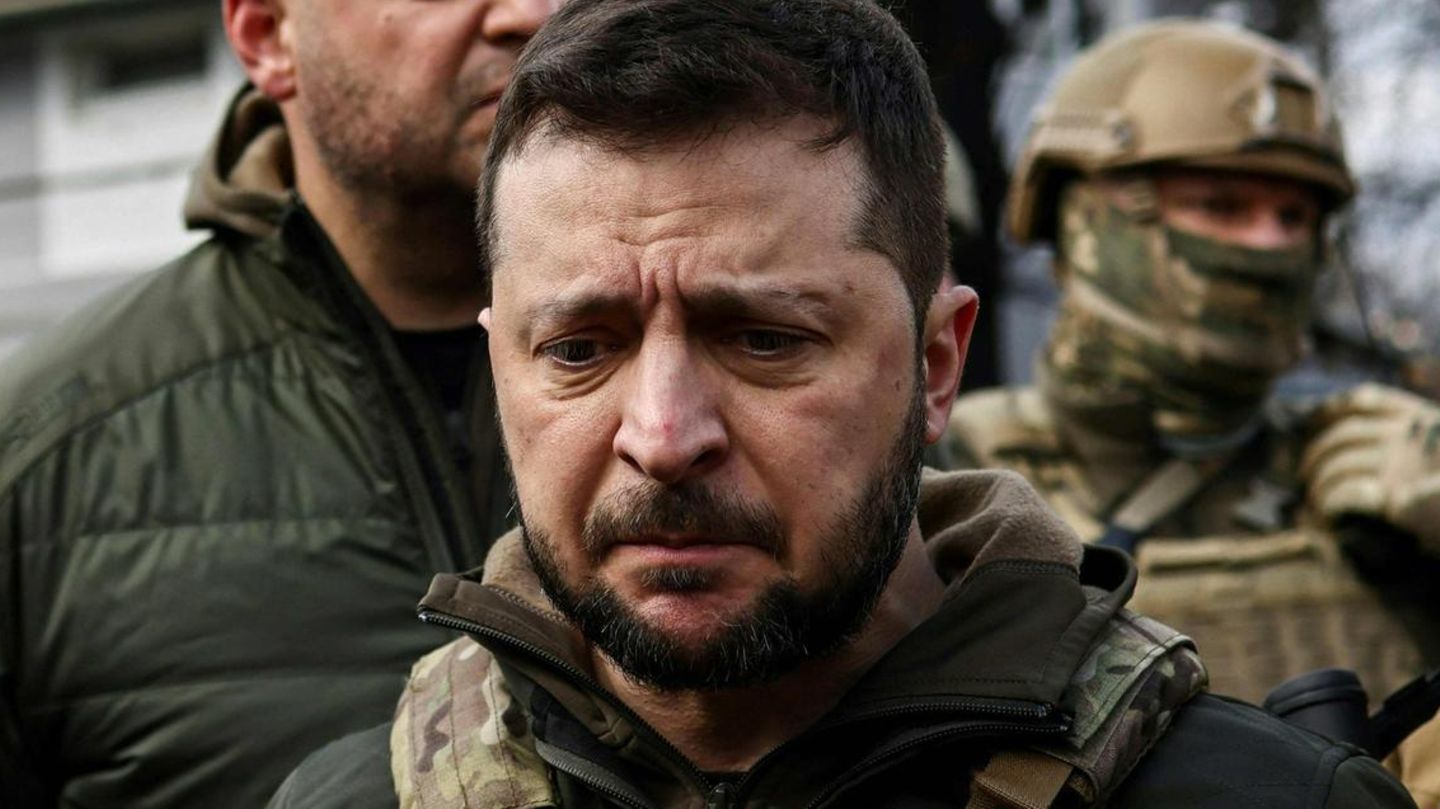 Volodymyr Zelenskyj is seen as a hero, but the Ukrainian president is showing the toll the war is taking on him. Nowhere was this more evident than in Bucha.

On Monday, Ukrainian President Volodymyr Zelenskyj visited the place that will probably long remain a symbol of Russia’s brutal war of aggression in Ukraine: Bucha. The Kyiv suburb, a good 60 kilometers from the capital, was occupied by Russian troops for weeks. After they left, the scene was horrifying: the bodies of civilians littered the streets, many of them shot in the head, some with their hands tied behind their backs.

Volodymyr Zelenskyj was also horrified at the alleged atrocities committed by the Russian army. Nowhere was the brutality of the aggressor more evident than in Bucha, and probably never before has the Ukrainian president been so clearly aware of the burden of this war on him. Photos from Bucha show a sorrowful, dejected man, with obvious lines and wrinkles on his face, which is etched with sadness, anger and despair.

These photos were taken 41 days apart by the president’s photographer. The first one on the 23rd of February, the last day of peaceful Ukraine. The second one in Bucha today. pic.twitter.com/kfPU723gw1

Compared to his appearance just a few weeks ago, Selenskyj looks years older – not just because he grew a full beard during the war. The Ukrainian President is leading the way, fighting for his people in speeches and risking his life, but the Russian attack has also left its mark on him.

The 44-year-old makes no secret of his feelings: It breaks his heart, Zelenskyj said in Bucha, that he is only now hearing statements from all the world’s leading politicians “that should have been made a long time ago, when everything was already complete was clear.” He again called for stronger sanctions against Russia. “But was it really necessary to wait to ward off doubt and indecision? Did hundreds of our people have to die in agony?”

Volodymyr Zelenskyy: The burden of the Ukraine war is heavy on him

Before his political career, Selenskyi had studied law and initially worked as an actor and comedian. Despite his electoral successes, he was not taken seriously in politics for a long time. In the Ukraine war, however, he grew into a leader who earned international respect: Zelenskyj sent video messages all over the world in T-shirts and camouflage gear, he refused to leave the country despite the danger to his life.

Not only in his home country did that make him a hero. The Ukrainian president has long been considered the one who defends democracy and freedom on behalf of the entire West – something he himself repeatedly emphasizes. This burden, which he did not choose himself, is heavy on him.

But in addition to fighting spirit and determination, disappointment and a hint of bitterness can be heard in Zelenkyj’s face and words. He was connected via video message in the US Congress, the British House of Commons, the Bundestag and at the Grammys, among others, reported from the war zone and solicited support. But his sometimes almost pleading pleas for more arms deliveries, a no-fly zone over Ukraine, or a ban on imports of oil and gas from Russia are often not heeded. The federal government also continues to oppose an energy embargo.

After the visit to Bucha, Zelenskyj demanded a full investigation into the crimes against civilians: “The time will come when every Russian will learn the whole truth about which of his fellow citizens (in Ukraine) murdered. Who gave orders. Who turned a blind eye to the murders.” He invited journalists from all over the world to look at the destroyed cities. “Let the world see what Russia has done!”

Politician Katharina König-Preuss on years of threats from neo-Nazis