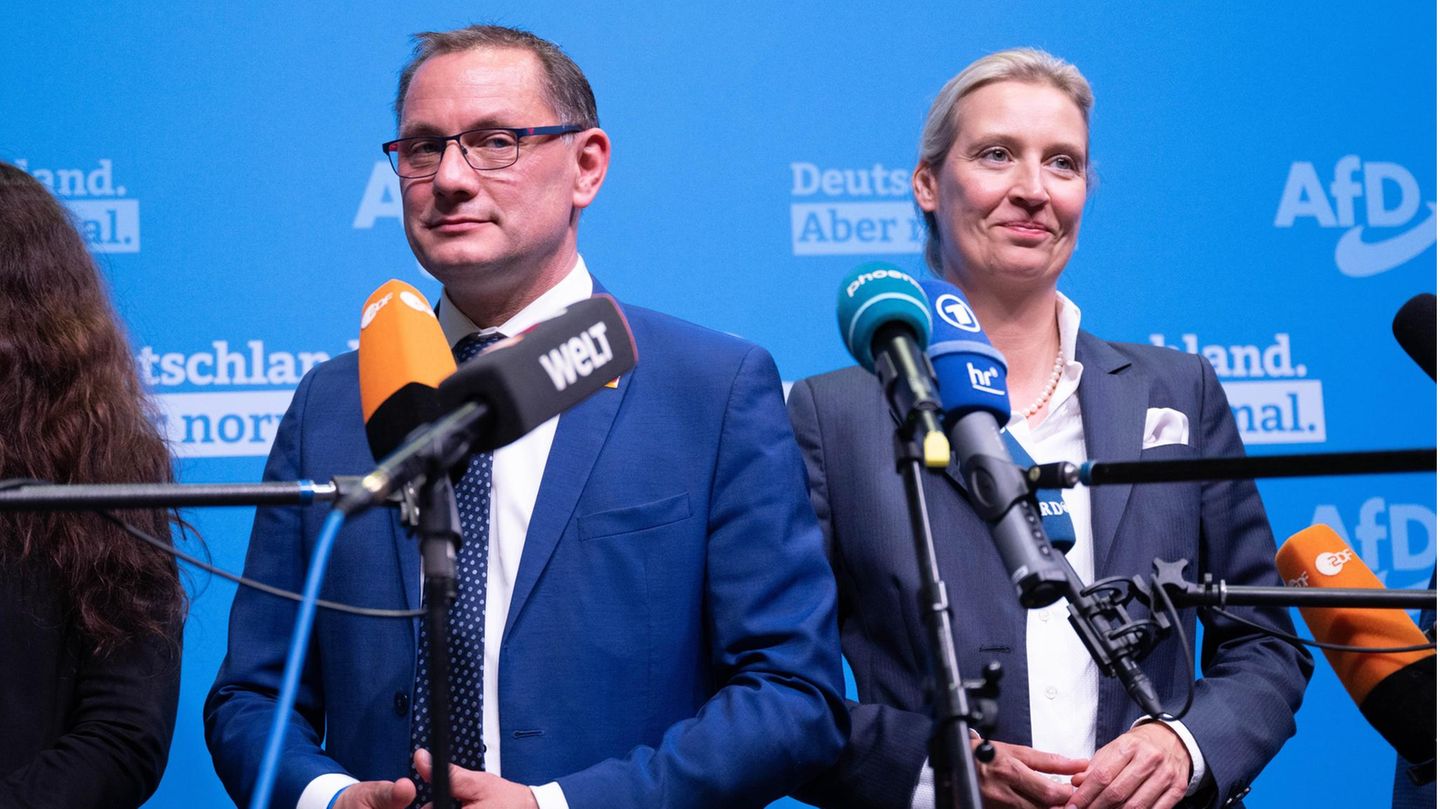 Actually, the AfD parliamentary group in the Bundestag is entitled to chair three committees. But the other parties voted against their candidates. The Federal Constitutional Court wants to examine this more closely. However, the judges see no reason to intervene immediately

For the time being, the AfD parliamentary group in the Bundestag must continue to do without chairing three committees. In summary proceedings, the Federal Constitutional Court refused to provisionally appoint the AfD candidates who had not been elected by the other MPs. The final decision on the main issue is still pending. It was “not completely impossible from the outset” that the rights of the AfD parliamentary group were violated, the judges in Karlsruhe said on Thursday.

The committees are renamed and appointed in each election period. “The committee chairmen have an important position,” says the Bundestag website. They prepare, convene and chair the meetings. Which parliamentary group chairs which committee is negotiated in the Council of Elders. If no agreement is reached, as was the case after the election in September, an access order is calculated from the strength of the groups. The parliamentary groups can choose their committees in turn according to this order of precedence.

The interior and health committees as well as the committee for development cooperation fell to the AfD. Usually, the parliamentary groups then simply nominate the chairperson for their respective committees – only in the event of an objection is an election made. The other MPs failed the AfD candidates in all three committees on December 15. A second attempt on January 12 ended with the same result. The AfD speaks of a breach of decades of practice and has complained.

There had already been a dispute in the previous election period. At that time, the AfD MP Stephan Brandner initially received the necessary majority in a secret ballot to take over the chairmanship of the legal committee. In November 2019, however, he was recalled – a unique event in the history of the Bundestag. The reason for this were several scandals that Brandner had triggered.

There is also still a process going on in Karlsruhe. In May 2020, the judges rejected an urgent request from the parliamentary group for Brandner’s reinstatement – on the grounds, among other things, that the AfD could reduce its impairment by naming another candidate itself. At the time, however, you also referred to the principle of equal treatment of the parliamentary groups. An effective opposition should not depend on the goodwill of the majority.