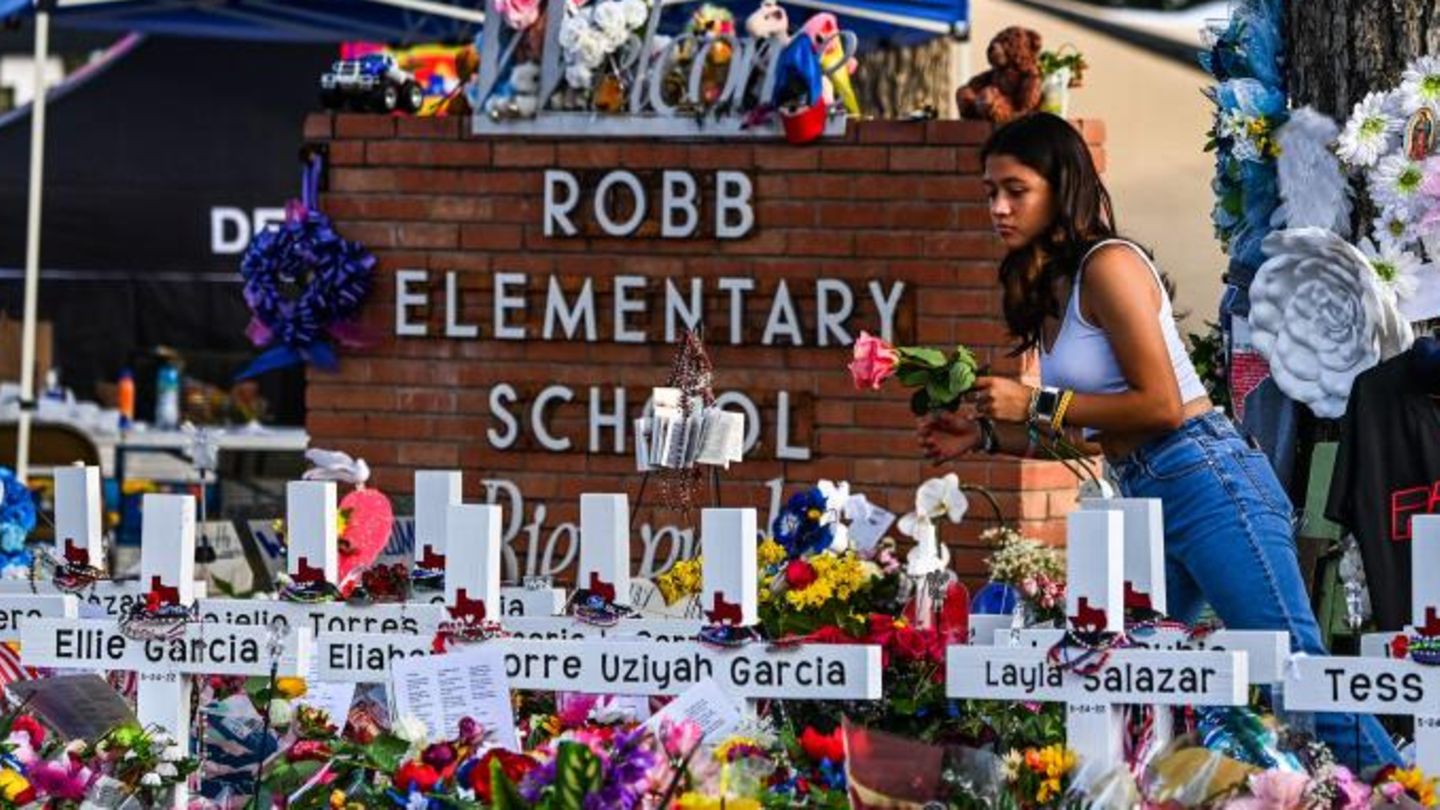 After the Uvalde school massacre, the US discusses gun rights. As so often, the demand “more weapons for more security” is in the air. A research project by the FBI now shows how unrealistic this way of thinking is.

Hardly anything is as rehearsed in the USA as the debate about gun violence after a fatal shooting. Whether it was the racist supermarket attack in Buffalo in early May, the school massacre in Uvalde ten days later, or the shooting after a concert in Washington last Sunday: there was a great outcry, but in the end little or nothing changed.

Because while the Democrats have been taking the subsequent waves of indignation as an opportunity to demand stricter gun laws for decades – a ban on assault rifles, more background checks, curbing the illegal arms trade – the Republicans have always backed the gun advocates with the same manslaughter argument: Completely after According to the motto “More is more”, fewer guns would not mean fewer shoots, but more guns in the right hands. Or, as Texas Senator Ted Cruz put it after the Uvalde massacre:

An ongoing research project from Cruz’s own state, which was created in cooperation with the FBI, shows that this argument falls far short of the mark. The cases analyzed show how difficult it is to stop active shootings at all – and why the armed everyday hero is more common in Hollywood than in reality.

The sheer numbers make it clear just how massively gun violence has increased in the United States: From 2000 to 2021 there were at least 433 active shootings in the United States in which one or more shooters killed or attempted to kill several unrelated people in a public place. In 2021 alone, there was an average of more than one fatal shooting per week — excluding domestic violence and shootings by criminal gangs.

Together with the FBI, researchers from the “Advanced Law Enforcement Rapid Response Training Center” – ALERRT for short – at Texas State University have made it their task to catalog and investigate these attacks. While it’s difficult to draw broad political conclusions from individual episodes, the researchers said, analyzing more than 400 shootings over the past 20 years shows patterns in the way they unfold – and how difficult they are to stop once they start to have.

According to the data analysis, most of the recorded shootings were already over by the time the police arrived at the scene. In some cases, the attackers were physically restrained by local people, and sometimes they were shot directly. But in around half of all cases, the shooters committed suicide – or had already stopped shooting and fled. “This is direct, indisputable, empirical evidence that this kind of general claim that ‘the only thing that stops a bad guy with a gun is a good guy with a gun’ is wrong,” summarizes Adam Lankford, a professor at the University of Alabama, who has dealt with mass shootings for more than a decade, in the “” together. “This is demonstrably wrong, because most of the time they stop themselves.”

Armed everyday heroes are rarely the case in reality

Gun advocates, on the other hand, like to cite prominent examples where a “good guy with a gun” actually stopped a “bad guy”. As was the case in Sutherland Springs, Texas, where in 2017 an attacker shot 46 people in a church before being shot himself by an armed neighbor and fleeing. However, the fact that this is not the rule, but the exception – 22 out of 433 cases – is made clear in the study. In addition, in ten of these cases the “good guy” was an off-duty security guard or police officer.

“The factual data shows that some of those heroic Hollywood moments of armed citizens taking out active shooters are really, really rare,” said shooting expert Lankford. In fact, having more than one armed person present who is not a law enforcement officer can create even more confusion and pose great risks. For example, a gunman who shot dead an assailant in Arvada, Colorado last year was himself subsequently killed by police, who mistook him for the shooter.

The analyzed cases also show that if the emergency services arrive during an ongoing shootout, they are usually the ones who tame the shooter and end the attack. According to Hunter Martaindale, research director at the ALERRT Center, the aim of the analysis is therefore to train law enforcement agencies so that “if they show up and this [ein Shooting] going on, they will be the one to solve this problem.”

After the Uvalde massacre: Stricter or relaxed gun laws?

According to the evaluated data, it took an average of three minutes for the police to arrive at the scene of an active shooting. But even then, the worst can often no longer be prevented – or, as the case of Uvalde impressively shows, officials on the ground do not mean the end of the attack.

After an 18-year-old shot 19 children and two teachers there with an assault rifle on May 24, the fact that the police waited a full 78 minutes before intervening caused massive criticism – and led to the . The head of the Texas security agency accused the local police officers of “pathetic failure”.

Perhaps it was the shock of the many children killed that sorely reminded the country of the 2017 Parkland High School shooting. Perhaps the fact that there were less than two weeks between the Buffalo and Uvalde massacres. One way or another, the many unanswered questions and the shattered sense of security have found their way into the Capitol this time. On Tuesday, 14 Republican senators along with the Democrats voted for the first step in years towards a slight tightening of gun laws.

Among other things, it provides for extended background checks on gun buyers under the age of 21 and is intended to create financial incentives for the individual states to temporarily remove the guns from potentially dangerous owners. Billions are also planned for safety in schools and better psychiatric care in the country. The Democratic Senate Majority Leader, Chuck Schumer, spoke of “progress” that would “save lives”, but at the same time conceded that his party would have liked to see much stricter measures.

A far-reaching decision by the Supreme Court on Thursday underscored how quickly one step in one direction can turn into two steps in the other: Carrying firearms in public is now a fundamental right of citizens of the United States. The Supreme Court, by a vote of six to three, reversed a New York state statute that required proof of a special need for self-defense to obtain a gun license. The conservative majority of the judges found that this regulation violated two amendments to the US Constitution.

The verdict should be a slap in the face to all those who had hoped for a rethink after the massacres in Buffalo and Uvalde.