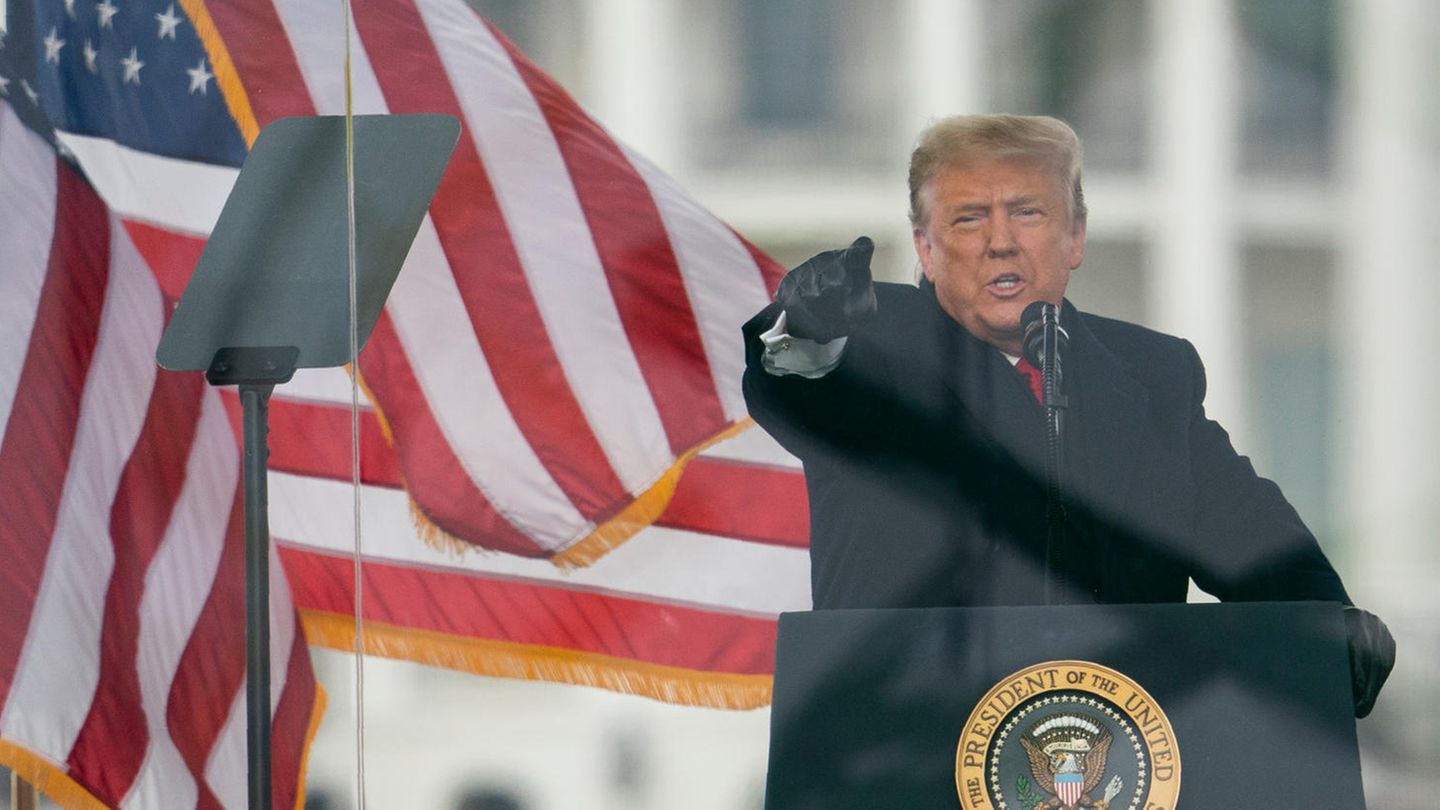 Donald Trump may not have liked her appearance at all: At a hearing on the storming of the US Capitol, former White House employee Cassidy Hutchinson took the witness stand — and made explosive statements.

New explosive statements before the committee of inquiry into the storming of the Capitol on January 6, 2021 in Washington: According to a former White House employee, the then US President Donald Trump tried to snatch the steering wheel from the driver of his presidential limousine that day and to drive to his followers at the Capitol.

During the rally in front of the White House, immediately before the violent storming of the Capitol, Trump still assumed that he would personally drive to the Capitol, said Cassidy Hutchinson, then assistant to Trump’s chief of staff Mark Meadows, on Tuesday. When the president was told on leaving the rally by his top Secret Service bodyguard that he could not go to Congress for security reasons, he was very “angry.”

Citing a conversation with a colleague and the responsible Secret Service official immediately after the incident, Hutchinson described that Trump even tried to grab the driver’s steering wheel in the armored SUV. He is said to have said, “I’m the damn President, take me to the Capitol.” The bodyguard grabbed his arm to keep him away from the steering wheel, she continued. Trump used his free arm to fight back. Hutchinson said Chief of Staff Meadows — who appeared to approve of the plan — did not inform Trump that a trip to the Capitol would not be possible. Hutchinson said there had previously been considerations that Trump might give another speech in front of the Capitol.

Hutchinson testified in a surprisingly additional public hearing of the parliamentary inquiry committee scheduled the day before. In the past few weeks, former employees and members of the government have repeatedly testified and heavily incriminated Trump.

The ex-president is said to have been aware of possible violence on January 6 in advance, Hutchinson said. The mid-20s said Trump knew before his speech to his supporters about guns in the audience and demanded: “Take those damn metal detectors away. They’re not here to hurt me. Let them in. Let my people in, they can march to the Capitol after the rally.” The witness claimed to have heard these words from him shortly before his speech.

“The Capitol was defaced because of a lie”

On January 6, 2021, Trump supporters violently stormed the seat of parliament in the capital Washington. Congress met there to certify Democrat Joe Biden’s election victory. Five people died as a result of the riots, including a police officer. The attack on the heart of US democracy shook the country. Trump had recently incited his supporters at a rally that his election victory had been stolen. He also said publicly at the time that he too would come to the Capitol. As a result, there were several reports that Trump actually wanted to get there – but so far no confirmation from Trump’s leadership circle at the time.

Hutchinson also called Trump’s attacks on his former deputy Mike Pence “unpatriotic”. She said, citing Meadows, that Trump believed Pence deserved the attacks against him. Committee Vice Chair Cheney had made similar statements at a previous hearing. According to the Republican, Trump is said to have spoken positively about efforts to hang his vice president. Hutchinson was “disgusted” by all of this, she said. “It was unpatriotic, it was un-American. We watched the Capitol being defaced because of a lie,” she said of the Capitol attack.

Hutchinson had been summoned as a surprise witness. At a previous hearing, she was already in the focus – but at that time only videos of her statements were shown. “I want all Americans to know that what Ms. Hutchinson did today is not easy,” Republican Cheney said, having taken over the questioning from the witness. “The easy way is to hide from the limelight, refuse to come forward and try to downplay or deny what happened.”