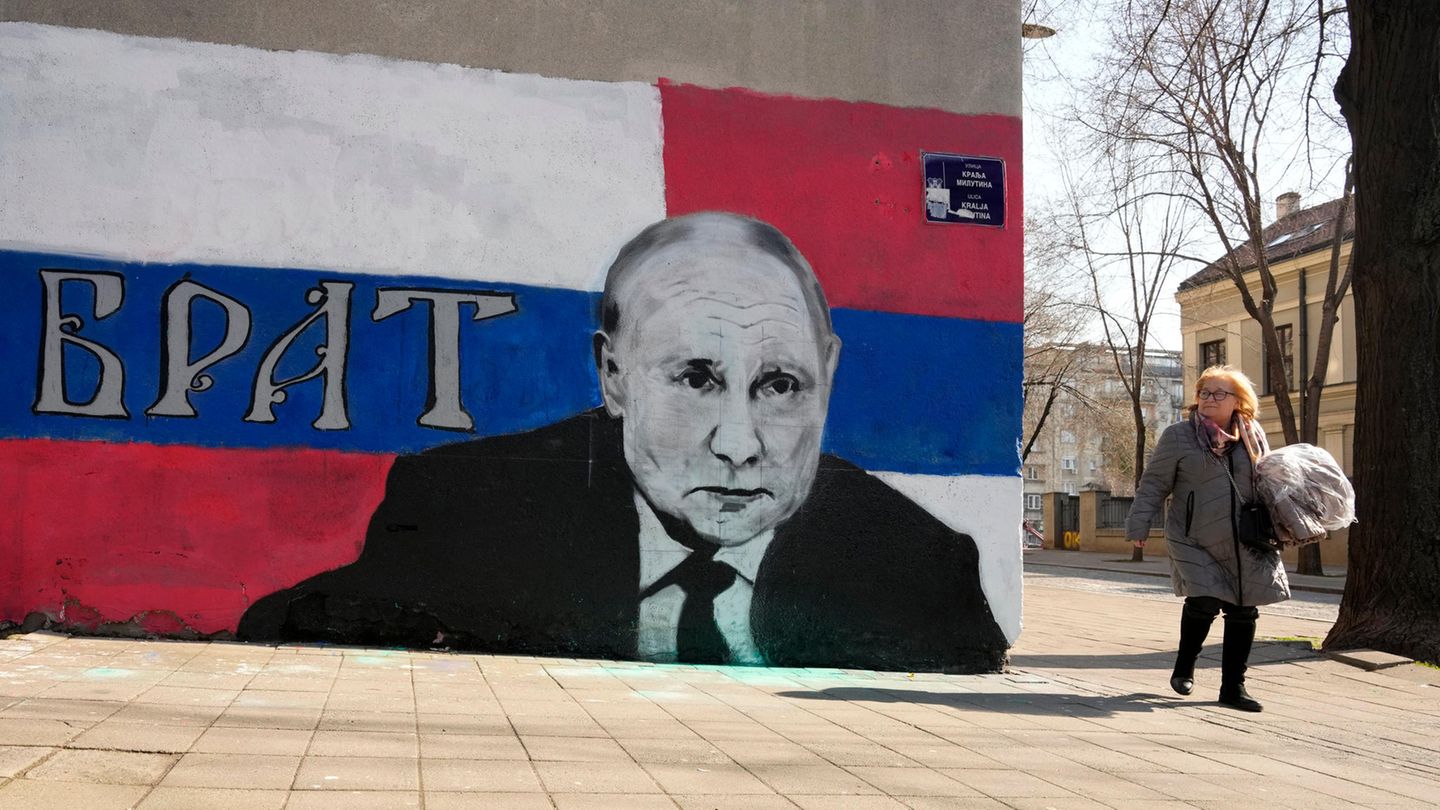 The Serbs worship Vladimir Putin. The press adores him. And a survey shows that 40 percent of the population would rather join Russia than continue the EU accession process.

Lyubov Maric was with her Serbian husband for twelve years. Then came the war in Ukraine and ended their marriage. There had been problems before, says the Ukrainian. But after the Russian invasion of her homeland in February, things spiraled out of control: her husband began absorbing and promoting Russian propaganda on a large scale.

The Kremlin’s announcements met with a receptive audience in Serbia. A general hatred of NATO and the US has prompted many people to side with Moscow. While most of Europe is cracking down on Russian news outlets, they are thriving in Serbia. Even state media often parrot the Kremlin’s statements.

Lyubov Maric did not recognize the man she once fell in love with. He even forbade her son from listening to Ukrainian folk music and called it the work of “Nazis,” says the Ukrainian.

She was hoping for support and understanding, but her husband blamed “everyone except the Russians,” says the 44-year-old. So she packed her things and went back to Ukraine despite the war.

Under President Aleksandar Vucic, Serbia’s media have been increasingly aligned with the government. The few remaining independent news media are facing ongoing pressure from the authorities.

Even before the war, Serbia’s leading tabloid “Informer” printed articles praising Vladimir Putin. And just two days before the Russian invasion, she presented her readers with a cover story entitled “Ukraine Attacked Russia.”

Pro-government media with a positive attitude towards Vladimir Putin

According to the latest polls by the Belgrade-based non-governmental organization Crta, two-thirds of Serbs feel “closer” to Russia. Two thirds of the population also believe that the Kremlin was driven into the war by “NATO’s intentions to expand”.

The same poll suggests that 40 percent of Serbs would rather ally with Moscow than pursue the long-standing process of joining the European Union. “Pro-government media are clearly positive about Russia, neutral about the EU and negative about Ukraine,” said Vujo Ilic, one of the study’s authors.

Cultural and historical ties between the two predominantly Slavic and Christian Orthodox countries go back centuries. T-shirts with Putin’s likeness on them are sold in souvenir shops in the capital, Belgrade. The letter “Z”, the Russian symbol for the invasion of Ukraine, has been painted on walls across the city.

“The propaganda is so efficient that I question myself”

The NATO bombing of Serbia during the 1999 Kosovo war left lasting wounds on many Serbs. The 73-year-old pensioner Tihomir Vranjes says: “I don’t trust the Western media.” He still remembers “what you wrote about the Serbs during the wars”. “We were portrayed as animals. Just as it wasn’t true then, what they say about the Russians isn’t true now.”

Because of the pro-Russia reporting on the war, the Ukrainian ambassador in Belgrade has already protested that “the citizens of Serbia are not properly informed.” Even for a Ukrainian like Maric, who has access to first-hand accounts, it is difficult to pierce the flood of misinformation and propaganda. “Your propaganda is so efficient that after five minutes of reading I start questioning myself,” she says.

Ukraine War: Pentagon: Up to 80,000 Russians killed or injured