Mobilization in Russia: men picked up at 4 a.m., dead men called up 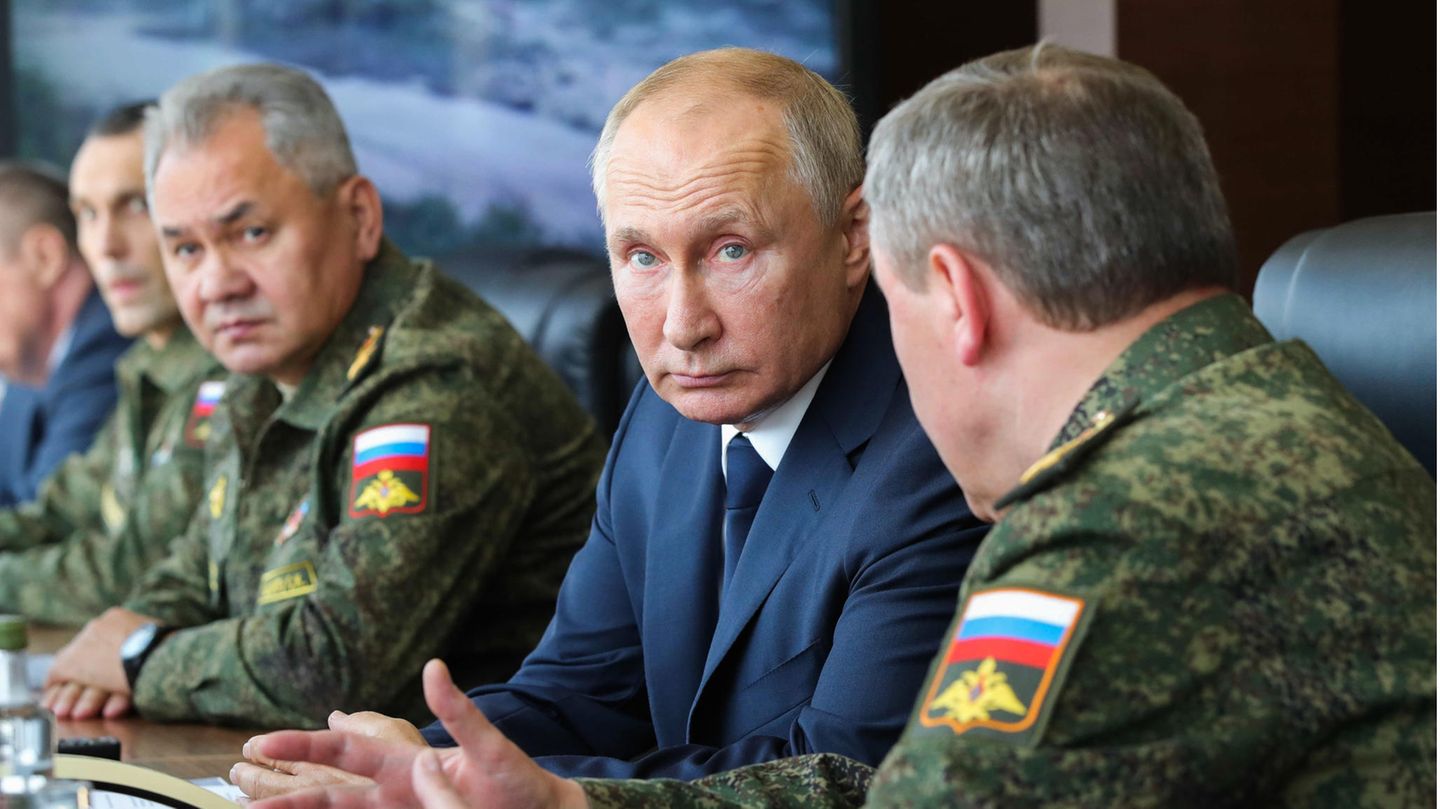 Mobilization in Russia is in full swing. The authorities proceed without consideration. Men are summoned to the military commissariats at 4 a.m. Human rights activists speak of blatant violations of the law. While long traffic jams form at the external borders.

The mobilization put Russia in a state of emergency. Even the dead receive draft notices. Citizens who have never served in the armed forces are also being drafted into the army, despite Vladimir Putin’s announcement that he had promised his people the opposite. In the farthest reaches of Russia, men are being rounded up by the thousands and taken away on buses. Crying women say goodbye to their husbands. Screaming children beg their fathers not to leave them. Desperate mothers say prayers for their sons. Heartbreaking scenes unfold in shocked Russia.

Military commissars issue an identical order across the entire empire: All soldiers in reserve who have not yet received a call-up notice are not allowed to leave their region. Citizens who already have a mobilization order in their hands must report to the military commissariats at the appointed time.

Such an Alexander Avdonin. All citizens who are registered with the military and have no legal grounds for being granted a deferral are subject to mobilization, he bluntly stated.

A few hours after Putin’s order, the first buses with mobilized soldiers rolled into Yakutsk.

The dead get draft notices

In other regions, people mobilize in the middle of the night. At 4 a.m. the husband of the journalist Nina Nimaeva was also supposed to appear in front of the police station. “You’re leaving tomorrow at 2 p.m. by train,” the father of five was told on the phone. And this despite the fact that he never served and fathers of at least four children under the age of 16 should be exempt from mobilization.

Another case from the . There the brother of Sabrina Amo, a local politician from the “Jabloko” party, received a move-in notice. Except her brother passed away two years ago. “Do any of you still believe that you will escape mobilization?” she asked sarcastically on her social networks.

“The mobilization is being carried out with blatant violations,” said Alexey Tabalov, head of the human rights organization for the protection of the rights of conscripts, military personnel and substitute soldiers “Shkola Prisyvnika” (“Conscript School”), in “The law stipulates that citizens, unfit for military service are not subject to mobilization. However, whether someone is fit or not can only be determined through a medical examination. It is a difficult and lengthy process. It is not possible to carry out this process in one day “Tobacco clarified. “What we are seeing now is clear evidence of gross violations of the legislation.”

Meanwhile, the realization that little consideration is being given to existing laws when mobilizing Putin is gaining ground. Many Russians flee. Long traffic jams formed on the border with Kazakhstan. There are no border controls between the Central Asian country and Russia. Russian citizens do not need a visa or passport to enter the country. The number of cars entering Kazakhstan from Russia has increased by 20 percent since September 21, the Kazakh border authorities said on Friday.

Traffic jams on the border with Georgia

Mass departures can also be observed at the border with Georgia. The country in the Caucasus is a popular destination for Russians, as many have family and friends there.

In addition, Mongolia is becoming a destination for many. Between Russia and the country in . This is the third longest border between Russia and any other country. Long traffic jams are now also forming at the border crossings.

“What future? We don’t even have a present!”

While some are leaving Russia, others are simply refusing. In the enraged men opposed their mobilization. “We fought in 1941-1945, it was a war. Now it’s not a war, it’s politics,” one of those gathered shouted at the representatives of the military commissariat, as can be heard on this recording.

“You are fighting for your future,” the official tried to convince the men. “What future? We don’t even have a present! What future?” came the angry reply.

The Caucasus expert Denis Sokolow is by no means surprised that such refusals are happening in Dagestan of all places. “In the northern Caucasus, mobilization is not going well. And that was predictable. Most of the dead from this war are already counted in the three republics of Chechnya, Ingushetia and Dagestan. (…) The people here understand what is happening in Ukraine. And They don’t understand at all why they need this war. The alienation from the government that has grown over the years is now making itself felt,” he explained in an interview with Dozhd.

“How do you break your arm?”

In fact, breaking an arm or leg is one of the few reasons currently conscription into the army could be delayed. “The usual reasons such as flat feet, obesity or mental illness don’t work,” explains lawyer Alexander Pomazuev.

“Anyone who has the opportunity to leave the country: leave! There are no restrictions yet. Leaving the country is formally prohibited in the decrees. In practice, however, these bans are not yet enforced. There are long queues at the border points, but everyone has been allowed through so far.” , emphasizes the lawyer. Those who are unable to leave the country should leave their registered place of residence. He also strongly recommends to his compatriots: “Don’t open the doors to strangers! Don’t answer calls from unknown numbers!”

Putin is pushing ahead with referendums in the Russian-occupied areas of Ukraine. At the same time, the mood in Russia threatens to change after the partial mobilization. Moscow reporter Rainer Munz explains in the video why this could endanger Putin’s power.