“Referendums” in eastern Ukraine: This is how they actually work 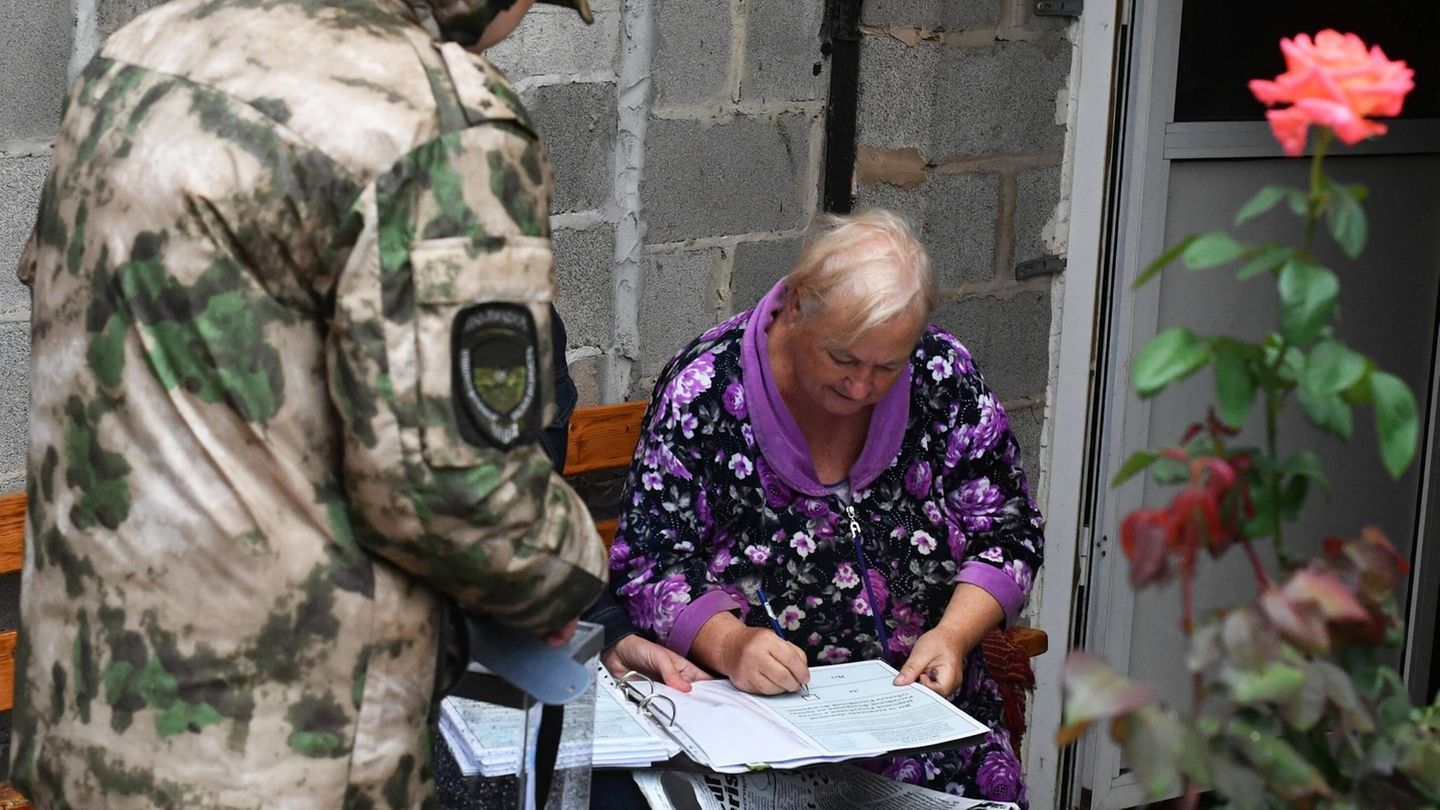 The pro-Russian administrations in eastern Ukraine make little effort to maintain the appearance of a democratic process in the staged referendums. This is how the “votes” actually work.

Everything is ready. The six ballot boxes are lined up. Eager employees still attach seals to the containers – and as a reminder of the desired result, the Russian flag hangs on the wall behind the boxes. Above the slogan “Donbass is invincible” in Russian on the wall.

It’s pictures like this one from a polling station in Donetsk that the Russian state agency TASS sent to newsrooms around the world this Friday morning. And they should do one thing above all: give the impression that everything is going as planned in eastern Ukraine.

The “referendums” in four regions of the country have begun. The residents of the regions around Donetsk, Luhansk, Kherson and Zaporizhia should cast their votes by Tuesday: stay in Ukraine or join Russia?

The course of the referenda in eastern Ukraine is dubious

The decision was announced last Monday, and it started just four days later. The plans for the “referendums” must have been in the drawers of the self-proclaimed regional governments for a long time, but they are now being hastily implemented.

The result of the “votes” will not be recognized internationally – just holding such “referendums” on the territory of Ukraine contradicts all the rules of international law. And yet such an approach creates facts, see Crimea 2014. Russia’s President Vladimir Putin will – it can be assumed – see his illegitimate claim to power in the east of the neighboring country confirmed and want to enforce it. The fear of a further escalation of his war is growing.

Even the external circumstances show that the “votes” have little in common with an election based on basic democratic rules. These are bogus referendums: without Ukraine’s consent, under martial law, without independent monitoring. And the exact course of these sham referendums is also dubious.

It is not even clear how many residents are expected to cast their votes in the coming days. Take Donetsk as an example: by 2014, the region had more than 3.6 million voters, and according to information that cannot be verified, 1.5 million ballot papers were printed. It is not known exactly how many people are still living there after the Russian invasion of Ukraine. Polling stations are said to have been set up in Russia itself to enable those who have fled there to participate. But many of these people who have been expelled from the regions or who have fled since 2014 will not be able to vote at all. Voting can also take place on the Crimean peninsula, which Russia illegally annexed.

According to information from pro-Russian authorities, which cannot be verified either, the procedures for the sham referendum differ from region to region, starting with the opening times of the polling stations and ending with the wording on the ballot papers.

In the Kherson and Zaporizhia regions, the question is whether the citizens agree with “separation from Ukraine” and incorporation “into the Russian Federation”. The ballot papers should be written in Russian and Ukrainian. In Donetsk and Luhansk, on the other hand, the citizens should answer the question of whether they support “the republic’s accession to Russia”. The ballot papers should only be written in Russian. Moscow had already recognized the two regions as “people’s republics” in the past – contrary to the international community.

And there is another special feature that makes the doubts about the freedom of “voting” even greater: According to the Russian state agency TASS, many of the approximately 1,800 polling stations will only be opened on Tuesday. Where it is officially required for “security reasons”, there are door-to-door visits on the days before: helpers are supposed to go from door to door to collect the votes. They should be accompanied by the police.

In a survey, depending on the region, between 72 and 87 percent of the 4,000 respondents said they would take part in the “referendum,” Tass reported. But how voluntary can voting be under the prevailing circumstances? Several media outlets unanimously reported that an official in the Russian-occupied town of Bilovodsk in the Luhansk region said participation was mandatory. Anyone who does not cast their vote will lose their job and will be reported to the security authorities. Something similar was reported from the city of Starobilsk: people were not allowed to leave until Tuesday. Armed groups would force them to vote.

It is not yet known exactly when the results of the staged referendums will be announced. It should go quickly after the polling stations close.