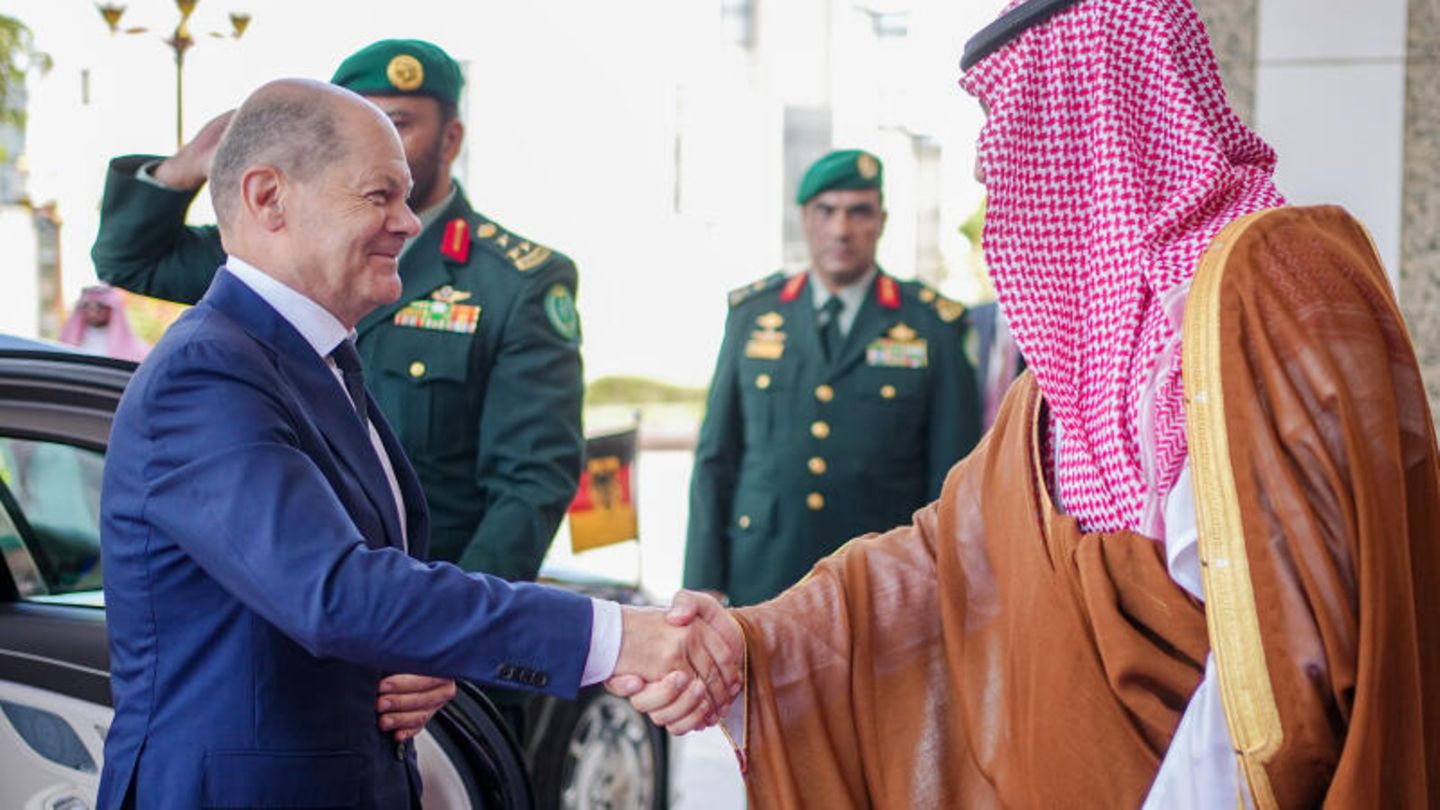 During his two-day trip through the Gulf States, Olaf Scholz meets the Saudi crown prince. Mohammed bin Salman is said to be involved in the murder of a critic. The chancellor doesn’t want to let this stand without a word and still wants to find a “solid working relationship”.

This is no ordinary handshake, just looks like it. It is short and to the point, but therein lies the whole ambivalence of international politics, a compromise between moral values ​​and diplomatic constraints. Mohammed bin Salman, the Crown Prince of Saudi Arabia, welcomes Olaf Scholz on Saturday afternoon – not a normal state visit.

The man who, according to the American secret service CIA, is said to have commissioned a barbaric murder, welcomes the Chancellor to the royal summer residence in Jeddah. Scholz had condemned this assassination in 2018 – at that time still as Minister of Finance – in a tweet and called for those “responsible to be held accountable”. Now the presumed main responsible person is standing in front of him.

USA: McConnell: No place for anti-Semitism among Republicans