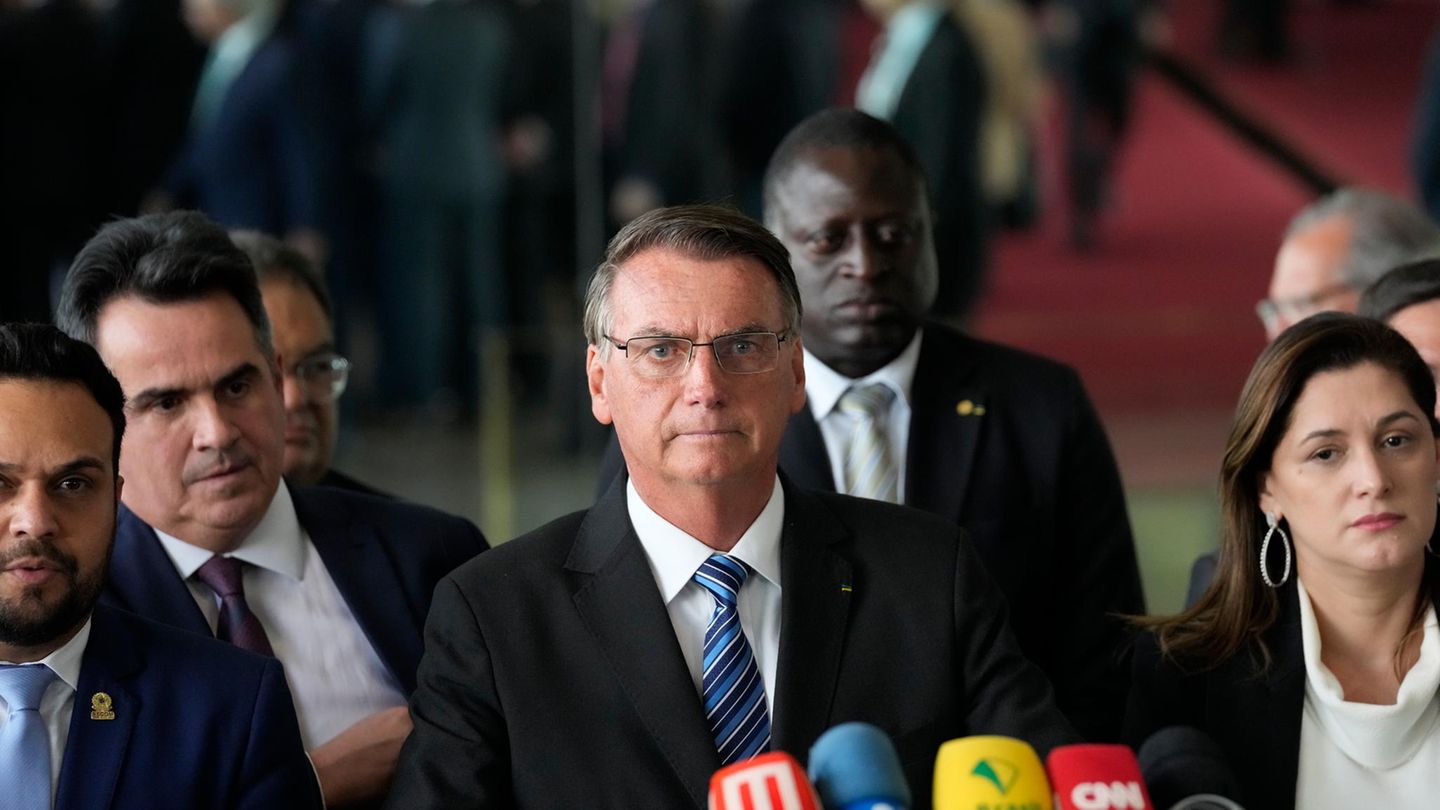 At first, Jair Bolsonaro remained silent for days, then he only managed to make a half-hearted explanation. Brazil’s ousted head of state has announced that he will not stand in the way of a change of government. He still doesn’t want to talk about a defeat.

Even two days after the presidential election in Brazil, right-wing head of state Jair Bolsonaro has still not explicitly acknowledged his defeat. “I want to thank the 58 million Brazilians who voted for me on October 30,” Bolsonaro said in a brief statement at his residence in Brasília on Tuesday (local time). “As President and as a citizen, I will continue to fulfill all the requirements of our Constitution.”

However, he does not want to stand in the way of the handover of power to the election winner, Luiz Inácio Lula da Silva. “President Jair Bolsonaro has authorized us on the basis of the law to initiate the process of changing the government,” said Ciro Nogueira, head of cabinet. However, the transfer of power is regulated by law anyway, and approval by the outgoing government is not required.

The judiciary of the largest country in Latin America apparently took this as an admission of defeat. “The judges reiterate the official statement that underlined the importance of the President of the Republic’s recognition of the final election result with the determination to start the transition process,” the Supreme Court said in a statement Tuesday after a meeting with Bolsonaro. “He said it was over, so let’s look ahead,” said judge Luiz Edson Fachin on Globo television.

At the working level, channels have already been laid for the preparations for the change of power. According to media reports, head of cabinet Nogueira has already spoken to Lula’s head of communications Edinho Silva. In addition, Lula’s future Vice President Geraldo Alckmin phoned Bolsonaro’s deputy Hamilton Mourão. Lula is scheduled to take office on January 1, 2023.

Jair Bolsonaro had repeatedly expressed doubts about the electoral system

Lula received 50.9 percent of the vote in the runoff on Sunday, Bolsonaro got 49.1 percent. The president who has now been voted out had repeatedly expressed doubts about the electoral system before the vote and indicated that he might not recognize the result. Observers feared violent protests from his supporters, some of whom were armed, should Bolsonaro question the election result and speak of manipulation.

In his two-minute speech, Bolsonaro again cast doubt on the legality of the vote and expressed understanding for his supporters, who have blocked numerous highways across the country in the past few days. “The current demonstrations are the result of outrage and a sense of injustice at the way the electoral process was conducted,” Bolsonaro said. “Peaceful demonstrations will always be welcome.”

In doing so, he was probably addressing his radical supporters, who spoke of manipulation immediately after Lula’s election victory and who probably would not have appreciated an admission of defeat. On the other hand, his advisers apparently made it clear to the head of state during long talks over the past few days that it would hardly be successful to question the election result.

Many of his allies, including the powerful speaker of Parliament Artur Lira, have already acknowledged Bolsonaro’s defeat. Numerous governments abroad also saw the outcome of the election as a fact: almost 90 governments congratulated Lula on his election victory, as reported by the news portal UOL.

The President of the Supreme Electoral Court, Alexandre de Moraes, had already informed both Lula and Bolsonaro about the result by telephone on election night. “The result was announced and accepted,” said Moraes. The Inter-American Union of Electoral Authorities observer mission called the elections free, fair and transparent and found no evidence of manipulation.

However, the supporters of the right-wing head of state did not want to accept this and took the protest to the streets: on Tuesday, the authorities registered over 220 street blockades by Bolsonaro supporters. The trunk roads are essential for supplying the country, and the majority of goods in Brazil are transported by truck.

Electoral Court President Moraes finally ordered the police to clear the roadblocks. In some cases, the police used tear gas against the demonstrators. “The elections are over, we live in a democratic country. No demonstration will force Brazilian democracy to retreat,” said São Paulo governor Rodrigo Garcia.