Midterms in the USA: In these five states, the majority in the Senate decides 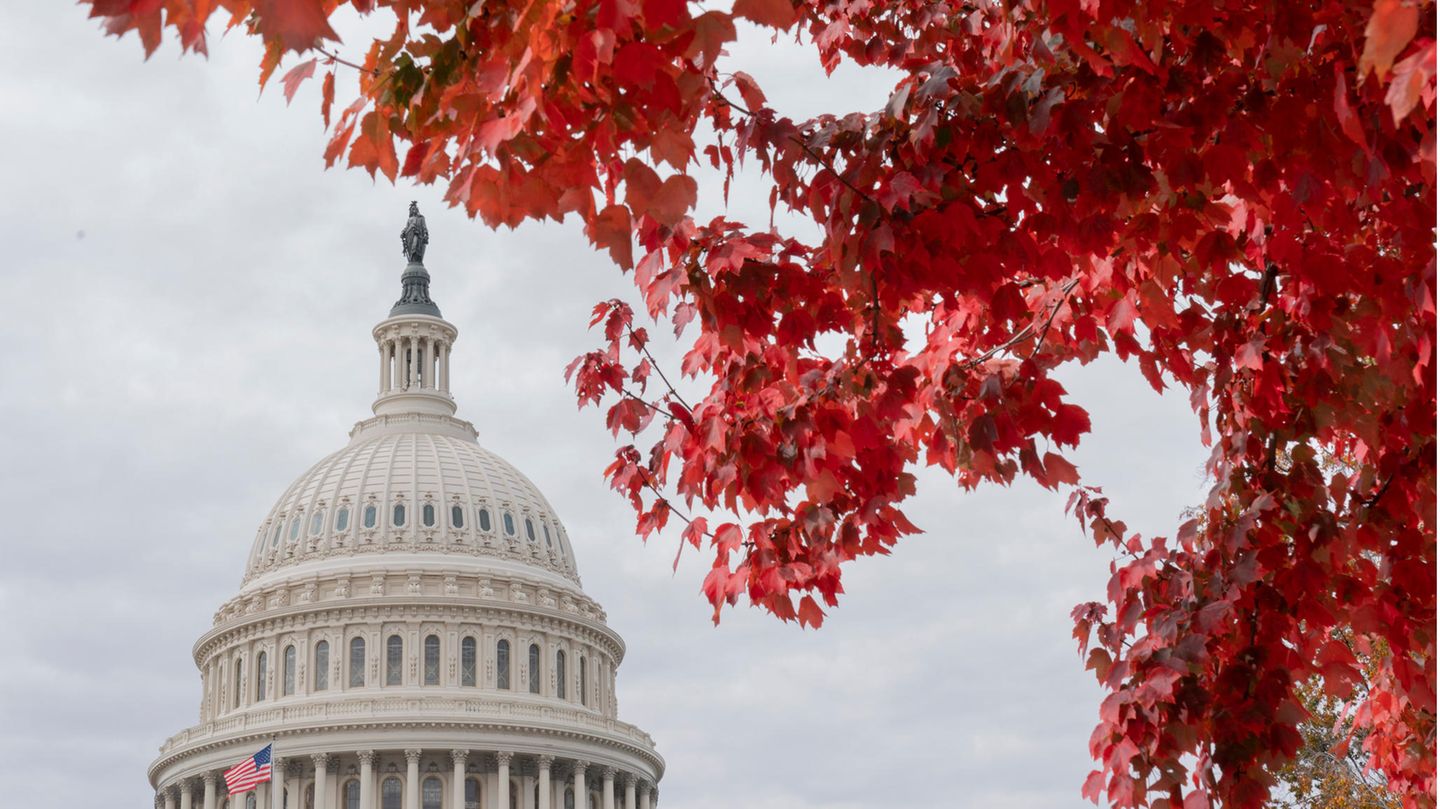 Final push before the US midterm elections. Will President Joe Biden soon rule against a completely Republican-dominated Congress? At least the race for the Senate majority is still open. In these states it is decided.

Five out of 50 states. Whether US President Joe Biden’s Democrats will at least retain their majority in the Senate will most likely be decided at the midterms on November 8 in five contested states. It would be important for Biden to at least prevail in this 100-seat chamber of Congress (each state sends two elected representatives). Because according to the pollsters, the president’s party will very likely lose the majority in the House of Representatives in the midterm elections – and in view of the extremely strong polarization between the parties, the president would then face two difficult years in government anyway. Quite apart from the tailwind that the Republicans and Donald Trump with them would get for the presidential elections in two years from the election victory.

Things are not looking really good for Biden in the Senate either. The race could hardly be tighter. Already, it’s only Vice President Kamala Harris’s ex-officio vote in a stalemate that gives Democrats control of the chamber. So Republicans would only have to win back one state to take control of the Senate. In the contested states that follow, they have a good chance of succeeding. This is where the race for the Senate majority will be decided:

The controversy in the Rustbelt state has also attracted attention in this country, because here, with Deputy Governor John Fetterman, not only an unconventional, folksy candidate is standing for election, but also a man who has overcome a stroke. During a TV debate, the 53-year-old Democrat – like the voters – had to realize that he is not yet ready to endure a confrontational exchange of blows. Fetterman’s ailing health plays into the hands of his rival Mehmet Oz, a nationally known TV doctor. For months his fight seemed hopeless. Now the experts are expecting such a close outcome that the winner will probably only be known days after the election. Depending on the results in the other states, this could lead to a days-long stalemate in the Senate.

Georgia: Herschel Walker on the rise

The race in the southern state also made headlines as far away as Europe. The reason lies in Donald Trump-backed Republican candidate Herschel Walker, a former football star and newcomer to politics. Walker came under particular public scrutiny when it became known that the outspoken anti-abortion opponent financed an abortion of his then-girlfriend in 2009. But Walker has managed to dismiss all the allegations against him as lies, while on the other hand he has put his Democratic opponent, incumbent Senator Raphael Warnock, under pressure with what he feels is rising crime and a weakening economy. All the bad news didn’t harm “Trump’s scandalous bird” in the polls. The race is very close after Warnock seemed to have an uncatchable lead at the start. Special feature in Georgia: The winner must achieve at least 50 percent. This currently applies to neither of the two candidates.

What all currently contested states have in common is the trend. After large advances or at least clear favorites, the democratic candidates have to experience how their opponents are constantly catching up and making the election increasingly open. This is also the case in Arizona, where the incumbent Senator Mark Kelly is actually the safest and most respected of all democratic candidates in the five contested states. But his opponent Blake Masters benefits greatly from the fact that Kari Lake, a well-known TV presenter, is the new star of the Republicans running for governor at the same time and shifting the mood in the state towards the Grand Old Party. “I think Kelly will squeeze it out,” an unnamed Democratic campaigner told The Hill, “but it’s a lot tighter than anyone would want.”

It was clear to everyone in her party that Democratic Senator Catherine Cortez Mastro would have a particularly difficult time getting re-elected in the Silver State. “It’s difficult in many ways to get Nevada under control,” says one party strategist. The state has a number of population groups and numerous opposing political currents. The decisive factor for the Senate race could be that support for the Republicans among Latino voters is growing. The race is tight, a survey by Siena College for the “New York Times” recently showed a stalemate of 47 percent for both Cortez Mastro and her Republican challenger Adam Laxalt, the former Attorney General of Nevada. But the projections see the Conservatives ahead on election night.

With Senator Ron Johnson, a controversial Republican is up for election in “America’s Dairy Country”, who is also interesting from a German point of view. Johnson was one of the senators who wrote a letter to the management of the Sassnitz ferry port company, threatening massive sanctions if the Nord Stream 2 pipeline went into operation, which is now actually not in operation because of the Ukraine war. In connection with the storming of the Capitol, he denied that it was Trump supporters who entered the House of Representatives and wanted to blame the events on Democrats such as Nancy Pelosi, Speaker of the House. Pelosi’s party believed Johnson was vulnerable in the midterms. But it doesn’t look like the state’s nominee for lieutenant governor Mandela Barnes has the political caliber to beat Johnson. Rather, Barnes is now considered a disappointment and an example of why the general quality of the candidates is being discussed in both parties.

US Senate: Almost everything speaks for the Republicans

In three of the five contested states, the trend is towards the Republicans. There is a lot to suggest that the conservative party will also gain the upper hand in the Senate, and thus probably in both chambers of Congress – not least with a number of candidates who cling to the false claim that Trump stole the last presidential election. But the choice has not yet been decided.

Health: Lauterbach is planning an opinion on cannabis legalization