Giorgia Meloni is traveling to Brussels – and for a reason 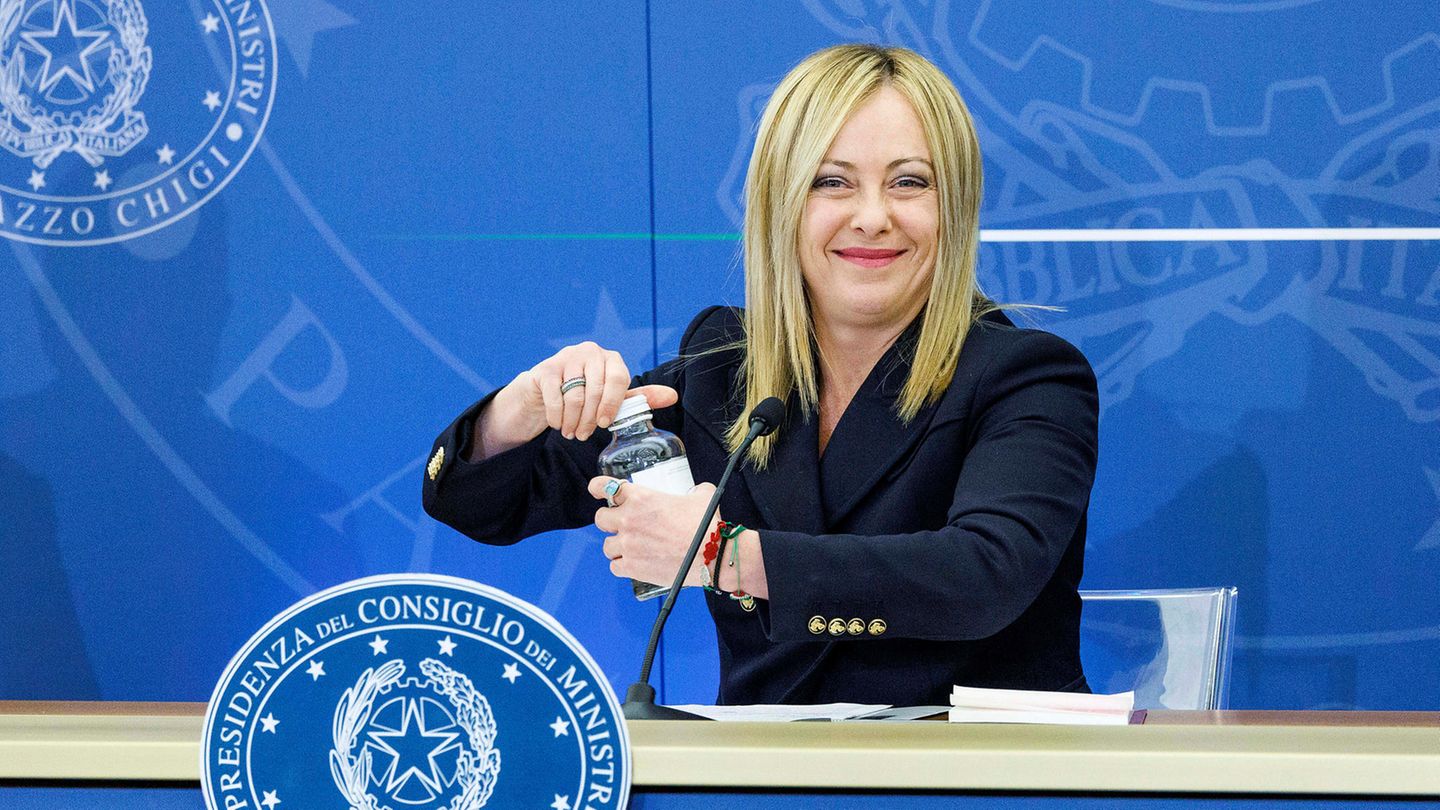 Giorgia Meloni goes directly to Brussels on her first trip abroad as Italian Prime Minister. Has the actual EU skeptic now mutated into a pro-European?

Giorgia Meloni’s new right-wing government is ready – “pronti”, as it is called in Italian: “Pronti a risollevare l’Italia” – in English: “Ready to get Italy back on its feet”. With this slogan, the 45-year-old toured the Mediterranean country during the election campaign. What she said in Milan at the time made EU representatives sit up and take notice in Brussels, around 900 kilometers away. “They say that people in Europe are worried about Meloni. What will happen?” asked the native of Rome – and promptly yelled: “The good life is over.”

This Thursday, Meloni is traveling to Brussels as prime minister of the EU’s third largest economy. There she will meet EU Commission President Ursula von der Leyen, EU Council President Charles Michel and the President of the European Parliament, Roberta Metsola. Meloni, who has always been critical of Europe or hostile to it, is the first to fly to the European capital. That’s a signal – but what kind?

Warning words instead of congratulations from Brussels

Your rhetoric towards the EU has recently been less stringent. In mid-September, the party leader of the far-right Fratelli d’Italia declared that Italy would defend its national interests, just like the others were doing. Accordingly, people in Brussels were curious about what was to come for the alliance of states.

The congratulations from Commission President von der Leyen make it clear how cautious the anticipation of the new one is. The Twitter greeting from two weeks ago is more like a warning than a congratulation. “I’m counting on constructive cooperation with the new government on the challenges we have to face together and I’m looking forward to it,” wrote the German. Meloni’s predecessor, Mario Draghi, sounded very different in February 2021: “Your experience will be an extraordinary asset for Italy and Europe as a whole, especially in these difficult times.”

Shortly before the election, von der Leyen warned Meloni and Co not to step too far out of line. The EU has the right “tools” if EU guidelines are violated, she said to students in the distant USA. Meloni and others read it as a threat. In Brussels, meanwhile, people were deliberately relaxed: they had to wait and see what remained of the pithy election campaign words. Especially since Brussels has the upper hand in some areas. Because no matter who is in power in Rome, every government is dependent on the billions from the EU’s Corona Fund.

Meloni: From EU skeptic to pro-European?

Barely a month and a half after their election victory, the legal alliance of Fratelli, the conservative Berlusconi party Forza Italia and Matteo Salvini’s right-wing Lega now seems to have reversed itself. “Italy is fully part of the West, its alliance system, founding member of the European Union, the euro zone and the Atlantic Alliance,” Meloni said in her first keynote speech in parliament. Italy does not want to sabotage European integration, but to help the EU respond more effectively to crises.

So the all clear for Brussels? Has Eurosceptic Meloni become a staunch pro-European?

Meloni hardly threw her convictions overboard shortly after taking office. The warm words from Rome are probably due more to the realization that confrontation and blockades won’t get you very far. Meloni is aware that Italy is dependent on Europe and in particular on the money from the Corona fund, says Tobias Mörschel from the SPD-affiliated Friedrich Ebert Foundation in Rome. From their point of view, the payout should not be jeopardized under any circumstances. In addition, her government will have to bring the 2023 budget to parliament in the next few weeks.

The aim of the trip to Brussels is probably primarily to explore financial policy leeway. For the budget, Meloni needs “a clear signal from Brussels about how far the stability criteria can be stretched and thus about the size of the new debt,” says Mörschel. Additional money is urgently needed, in particular to cushion the sharp rise in energy prices. If necessary, Meloni will also try to renegotiate the Corona development plan for paying out the billions.

So Rome has every reason to rely on cooperation in the EU institutions. Foreign Minister Antonio Tajani, a proven pro-European, announced at the weekend that Italy wanted to send more diplomats to Brussels to make its presence there clearer.