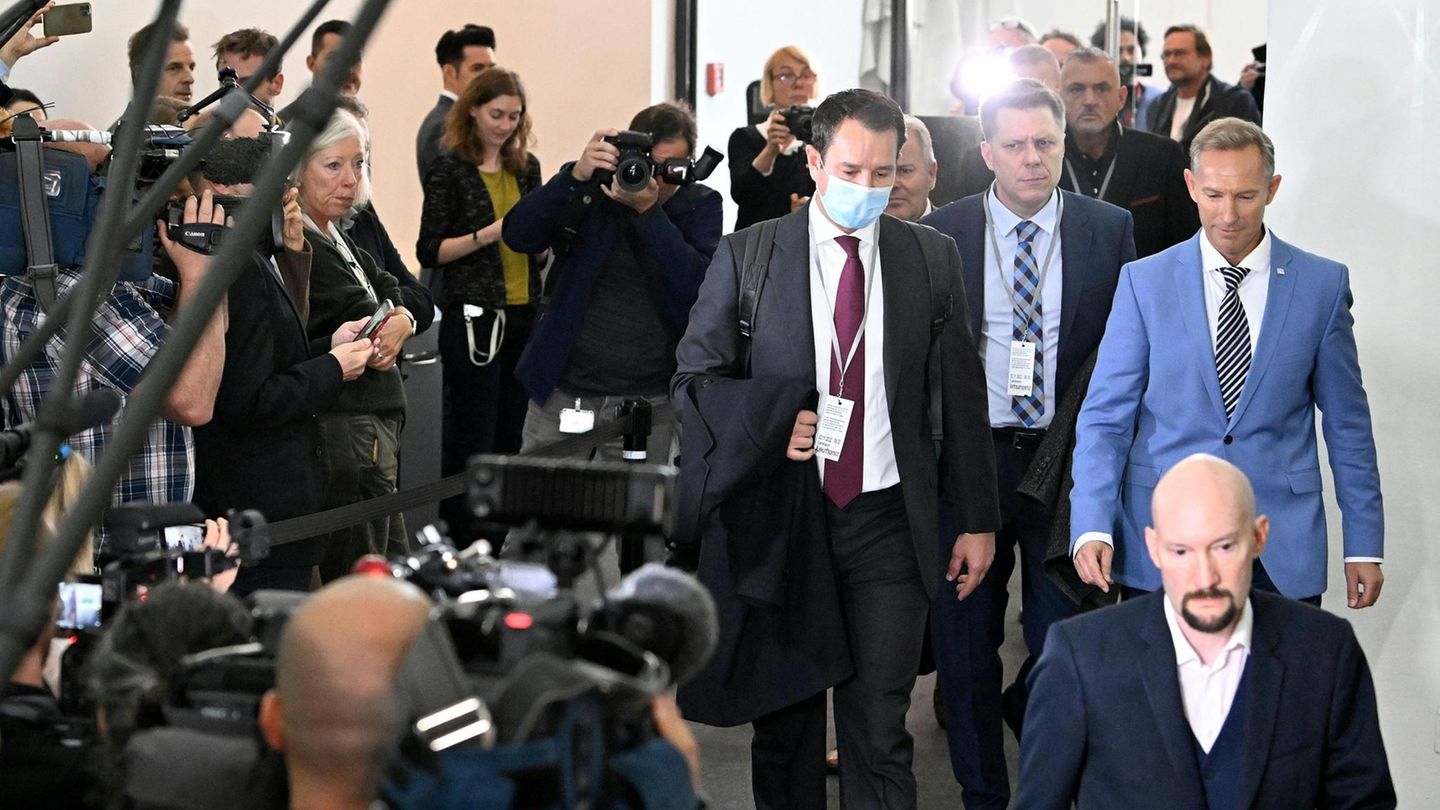 Long-time Kurz confidante Thomas Schmid wanted to testify in the U-Committee on the ÖVP corruption affair. But nothing comes of it: Schmid doesn’t answer any questions. Even a fine cannot convince him.

The former confidante of Austria’s ex-Chancellor Sebastian Kurz and former Finance Minister Thomas Schmid also wanted to ask questions from the parliamentary groups in the National Council after the confession before the Economic and Corruption Prosecutor’s Office (WKStA). In the investigative committee, Schmid was supposed to comment on the ÖVP’s corruption affair. But then the witness, who had testified against Sebastian Kurz, party friends and entrepreneurs a few weeks ago, surprisingly refused any answer. His testimony before the WKStA was not yet complete, which is why he wanted to make use of his right to refuse to testify, Schmid said right at the beginning of the survey. Otherwise he runs the risk of incriminating himself.

Schmid should be questioned by the U-Committee, among other things, about the doctored surveys for ex-Chancellor Sebastian Kurz and the alleged bribery allegations by the entrepreneur René Benko. In the run-up to the survey, the WKStA asked that Schmid only be questioned about those areas to which he had already made a confession. The ÖVP was the only party that refused to follow suit. The justice department then turned to the Constitutional Court (VfGH). This should regulate how the survey should be conducted. In the end it was clear: Schmid may only be questioned about his confessions to the WKStA.

Schmid justified his refusal to testify before the investigation committee by saying that he was still being prosecuted. However, the U-Committee did not accept this reasoning and applied for the penalty to be imposed. Schmid now faces a fine of up to 10,000 euros.

The fact that Schmid has now completely refused to testify should have disappointed the members of parliament in particular. For example, the Social Democrats had expected a confession in all areas. A representative of the right-wing FPÖ spoke of the “blackest day for parliamentarism”. You can’t trust Schmid, that was shown in the survey. The ÖVP says something similar about its party member. Thomas Schmid is a liar, but the public prosecutor’s office must now decide who he lied to.