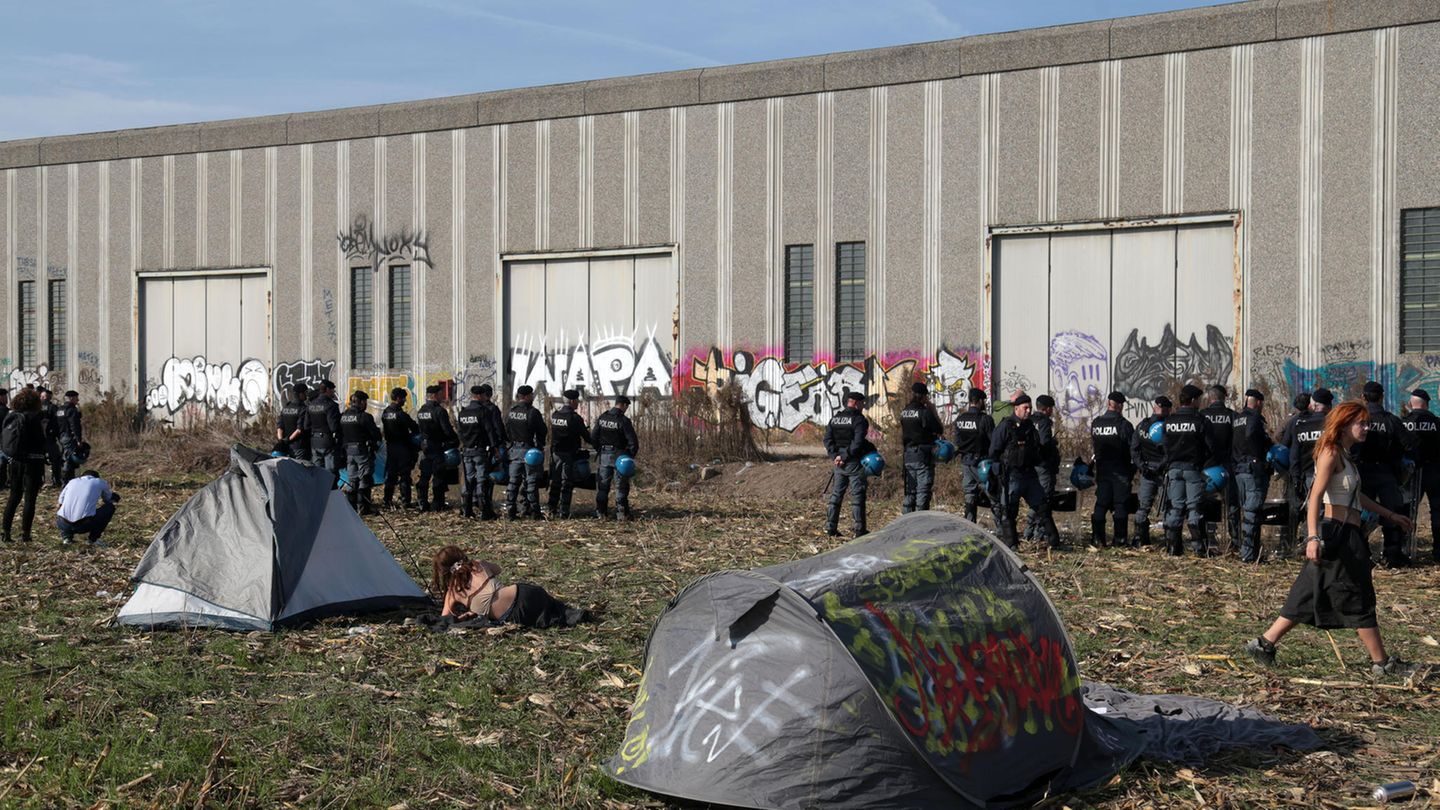 Italy wants to take action against illegal techno parties – so-called raves – where young people usually dance for days in abandoned halls or in the forest. Italian Prime Minister Giorgia Meloni has enacted a new law providing for tougher penalties for those taking part in such events.

The Italian right-wing parties have long insisted on punishing illegal techno parties more severely. A corresponding law that Prime Minister Giorgia Meloni presented on Monday now makes this possible. Organizers of unannounced raves can be fined up to 10,000 euros and six years in prison.

The impetus for Meloin’s decree was a techno party over Halloween weekend. 3,500 party-goers from all over Europe came together in an abandoned warehouse at the Modena-Süd motorway exit. As the “Süddeutsche Zeitung” reports, Interior Minister Matteo Piantedosi has instructed the local authorities to end the event as soon as possible. According to the “Bayerischer Rundfunk”, 300 police officers and several fire brigade task forces were on duty. They cordoned off a large area of ​​the site and confiscated amplifier systems worth 150,000 euros. Nevertheless, the party was resolved peacefully: the revelers even cleaned the hall before they left.

“I am very satisfied with the clear signal that was sent here,” said Prime Minister Meloni afterwards. Infrastructure Minister Matteo Salvini announced his anger on Twitter. He called the techno fans “chaotic” and called for “more effective instruments” to “get a grip on a phenomenon that is particularly expensive for the state”. Because it requires numerous law enforcement officers. Interior Minister Matteo Piantedosi agreed. If it were up to him, the police would even be able to tap phone calls and monitor network communications to stop the illegal parties.

The state must not resort to such drastic measures, but organizers and participants of rave parties without permission can be severely punished in the future. Organizing gatherings of more than 50 people “who pose a threat to public order, physical integrity or health” could face up to 10,000 euros and six years in prison. Criticism of the tightened regulation promptly followed – above all because opposition politicians fear that the government could use the vaguely worded law to restrict political protests. Because the decree doesn’t mention parties, it’s about “meetings” in general. There are concerns that this vague specification could also be applied to anti-government or anti-fascist demonstrations.

Lawyers consider the measure to be unconstitutional. The left describes the law as “dangerous” and “hostile to freedom”. The Italian section of “Amnesty International” also spoke up. The government’s plans are a “far-reaching, arbitrary and arbitrary application to the detriment of the right to peaceful protest, which must be protected and not suppressed,” the human rights organization quoted as saying. According to a report by “”, the Democratic Party (PD) complained that the police cleared the rave party but not a gathering of around 3,000 nostalgic neo-fascists in Predappio, Benito Mussolini’s hometown, on Sunday.

One has nothing to do with the other, according to Salvini. “Predappio is an event that has been going on for many years. There was a complaint from the property owner regarding the rave party,” said the politician. “The government did well to take action against techno parties. For years we have been discussing the need to combat raves,” commented Senate Vice President Maurizio Gasparri, who also supports the new law. The discussion has picked up speed not only on the political stage, but also in social networks.

While banning raves, the fascist right can continue having their cocaine parties, or “deal with the real problems of the country instead of dealing with ‘public meetings’,” people wrote on Twitter. The “Süddeutsche Zeitung” points out that no new regulation would have been needed to prevent techno parties, as there was already a paragraph in the Italian penal code that bans these events. The authorities in Modena also referred to this when they dissolved the major event on the motorway.

Italian singer Marco Castoldi, who is in charge of music affairs at the Ministry of Culture, said it shouldn’t be about banning raves. “If anything, we have to make sure that they are not attractive to young people by proposing better, alternative ideas,” the “Bayerischer Rundfunk” quoted the musician as saying. Despite the new law, there is already a date for the next big techno party: activists have announced that they will organize a rave next Saturday in front of the Italian Prime Minister’s office in Rome.