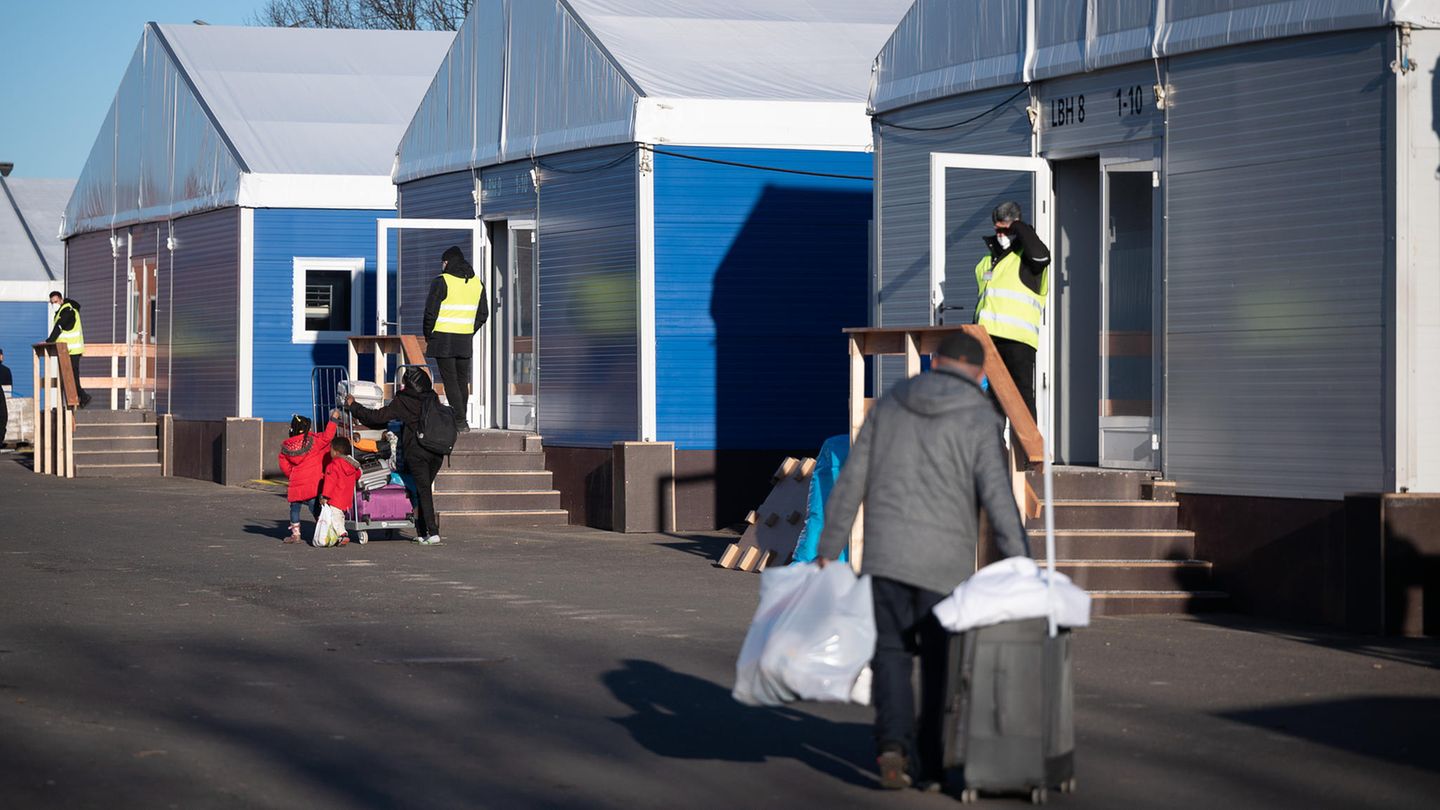 The federal government promises more money for accommodating refugees in Germany, but cities and municipalities criticize the 1.5 billion euros as too little. The refugee numbers are very different from 2015 and 2016. But other things have also changed.

Municipalities had been sounding the alarm for months. One of the reasons: the refugees from the war in Ukraine. are “1,019,789 people […] recorded who have entered Germany since February 24, 2022 in connection with the war in Ukraine”. However, it is possible that “a small number have already traveled on to other EU countries and also returned to Ukraine”, .

Refugee numbers in Germany are increasing

Nevertheless, the situation is far from comparable to 2015 and 2016. At that time 441,899 (2015) and 722,370 (2016) initial applications for asylum – numbers that will probably hardly be reached despite the increase in 2022. a few days ago of an increase in illegal entries since June: “While the number of unauthorized entries was between almost 4,000 and a good 5,000 people per month in the first half of the year, it has risen disproportionately every month since June. In June, the federal police recorded 6,667 illegal entries , in July 6941, in August 8846 and in September 12,701. Further increases are feared.” A request from star to the Federal Ministry of the Interior whether it could confirm these figures has so far remained unanswered. According to the newspaper, they come from Federal Police statistics.

The group that currently presents the federal states, municipalities and communities with the greatest challenge is the approximately one million people from Ukraine. Because of the war, it is difficult to predict how many people will come to Germany from the Ukraine and if and when they will return to their home country. This also makes it so difficult to estimate the financial requirements.

Criticism of funding when taking in refugees

The President of the Association of German Cities, Markus Lewe, criticized the commitments made by the federal and state governments for funding when taking in refugees. The challenges increase every day. More and more people are coming from Ukraine and other countries. “The cities are aware of their responsibility and will not leave the refugees on the streets. However, we expect that the federal states will quickly expand their reception capacities and now get more involved in the financing themselves,” warned Lewe.

The general manager of the German Association of Towns and Municipalities, Gerd Landsberg, also called for “significantly more capacity in initial reception facilities and collective accommodation” from the federal states. The municipalities are already at the limit of their accommodation options. He and the President of the German District Association, Reinhard Sager, also demanded that the states pass on the funds made available by the federal government to the municipalities. The municipalities have considerable expenses in caring for the refugees, emphasized Sager in the editorial network Germany.

Discussion about assumption of costs

Even if the numbers of refugees in Germany are nowhere near as high as in 2015 and 2016: The cost of living that has risen since then and the tighter housing market make it more difficult and expensive to accommodate the refugees. Despite the decision by the federal and state governments, the discussion about the costs for refugees is likely to continue.

Share
Facebook
Twitter
Pinterest
WhatsApp
Linkedin
ReddIt
Tumblr
Telegram
VK
Digg
LINE
Viber
Previous article
Cryptocrimes: how the millionaire scam was carried out during The Merge of Ethereum
Next article
After being substituted early: Terzic with an update on Hummels and Kobel