Opinion: There is now a dark shadow on the climate protests 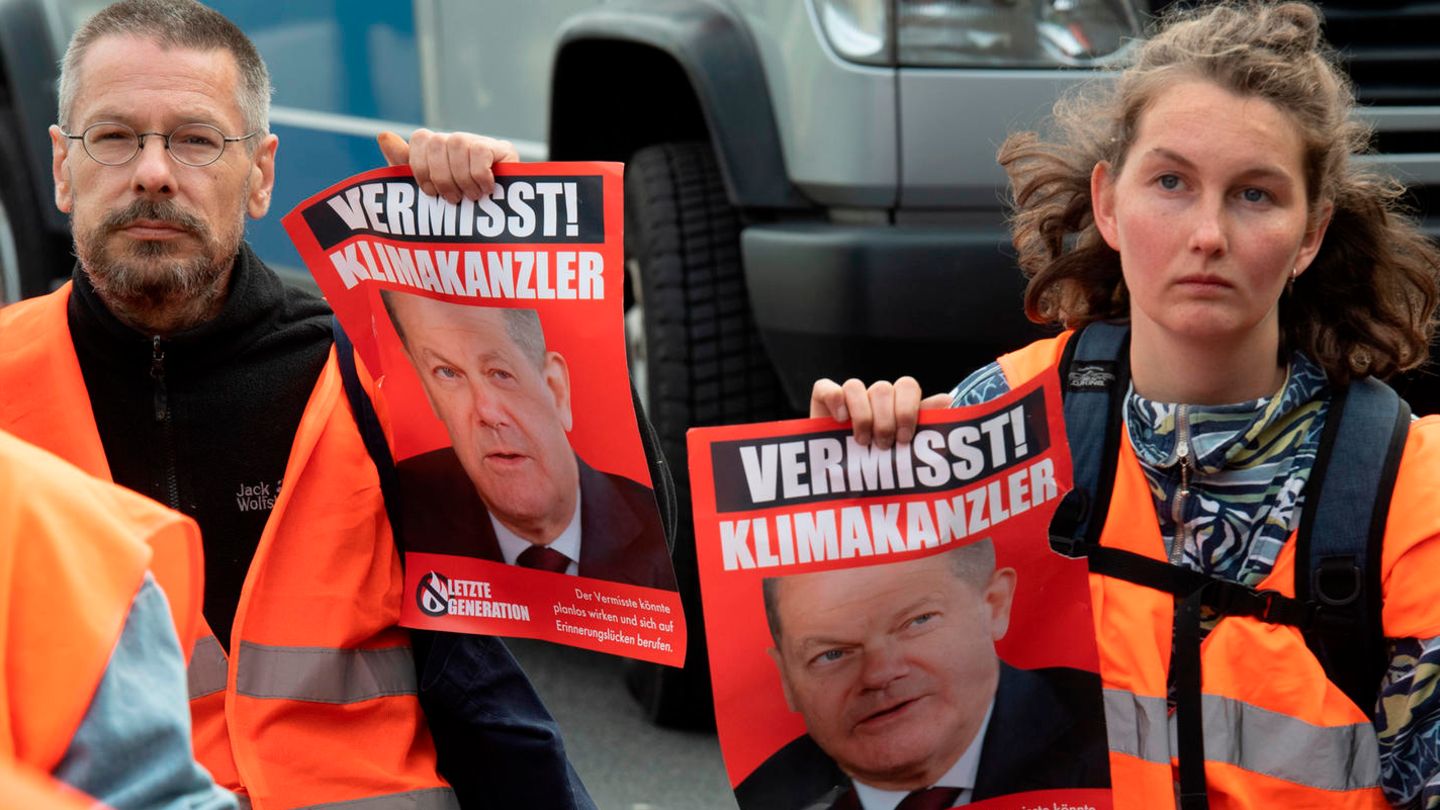 A tragic accident in Berlin, an emergency vehicle that arrives late due to road blockades: the question of the legitimacy of the radical climate protests arises again – they have not been effective for a long time.

Some events reveal the tensions and conflicts of our time, but rarely does an event criss-cross conflicts in such a dramatic and almost strange way that they confuse us more than they clarify. As a result, as we uncover layer after layer, we only argue the more about what is right and what is wrong, what is right or wrong, legitimate or not, and productive or counterproductive.

What happened? A woman was hit and run over by a concrete mixer in Berlin. She is crushed and critically injured. The driver of the truck was attacked by a man with a knife shortly after getting out. A special vehicle that is supposed to free the trapped woman later comes to the scene of the accident because it is stuck in a traffic jam caused by climate activists who are stuck on a Berlin city highway. The 44-year-old cyclist is now dead.

So much for the tragedy, the drama. But we are no longer talking about a local event.

First of all: The accident was not a classic accident when turning right at an intersection, which is still far too often read about. It happened at a point where a four-lane road splits into two two-lane ones (which is rare in Berlin). On the section there is a two-lane bike path on the right, the use of which is obligatory at the top. Unfortunately, the cyclist rode between the traffic on the road. ().

However, it is no longer about the very special course of the accident. Because never before has such an accident been linked, even chained, to a climate protest in such a tragic and almost contrived way, which has also been stirring up and polarizing the country for weeks.

And so the case triggered a Germany-wide debate to which almost everyone has something to contribute – whereby anger and horror, outrage and questions of guilt interestingly begin at very different points. It’s as if thousands of miners were starting to drill with their hammer drills at very different points on a large mountain massif. After all, the tragic death of a woman comes first (but here, too, the question is: Why didn’t she use the cycle path? Why don’t so many cyclists use the cycle paths? This question alone opens up its own battlefield in German cities.) The second layer of drama is basically already skipped or no longer mentioned: the knife attack on the driver of the truck.

Dispute over climate protest of the “Last Generation”

No, it’s mainly about the climate protests of the “last generation”, which is annoying more and more people, which a majority rejects in its form, which repels or agitates. A loud cry now rings out: Look what you “climate chaos” are doing! You now have a woman on your conscience! Or not? Even the courts will clarify this, the police are investigating because of the disability of people providing assistance.

Unfortunately, the contrition of climate activists was hesitant and not widespread. The representative Tazdio Müller even tweeted: “Shit, but: don’t be intimidated. It’s a climate fight, not climate cuddles, &” – a tweet like an abyss, which he later deleted.

questioning the legitimacy of these protests

Due to the special circumstances, due to the dramatic concatenation, a question arose that probably never had to be asked in this form: Could the special vehicle have been at the scene of the accident on time without the traffic jam caused by the climate activists? And if so, could the woman still be alive? (Thanks to a good one, one can guess that without the traffic jam, the emergency vehicle could have gotten to the scene of the accident seven to nine minutes earlier.) This raises the question of the legitimacy of these protests anew.

The question that piles up here is not only legal, but philosophical and overwhelming at the same time. She is reminiscent of the seminars in which one has to solve fictitious ones: If a climate protest also accepts the possibility of a rescue vehicle being blocked, can the hypothetical saving of a human life take second place to saving the planet?

Legally, it will probably be difficult to prove it, but morally the accident will always be linked to the protest – like a big shadow that won’t disappear.

But even before that, the question arose as to whether this protest was legitimate and effective. It is certainly no longer expedient, rather counterproductive, because many people who are open and positive about climate protection are put in a headlock in their busy everyday life. You’re just annoyed, not alarmed. You miss appointments, important orders, maybe the plane on vacation. Or does someone actually say in a traffic jam: “Oh, now I’m going to install a heat pump after all?” Who turns to the kids in the back seat and says, “It’s true, we should never have gone to Mallorca?” And what about the drivers of e-cars who are stuck in traffic? Or should they use the time to reconsider their meat consumption?

Sticking to roads decoupled from concern

I am also skeptical with regard to the attention economy, which is always used as an argument. Nobody thinks about climate protection anymore, about tipping points in 2030, when the next date is in danger. And I don’t think that the expansion of the charging stations or the import of green hydrogen will go any faster if the activists are heard in the Chancellery. Sticking to roads has long been decoupled from concerns.

Is the protest legitimate? I have my doubts here too. The blockades are a form of coercion, indiscriminately and arbitrarily people are placed in distress or forced situations. The “last generation” doesn’t care, because the real big damage is climate change. I would even agree here, but you are welcome to register a demonstration somewhere every day for this cause.

Staged destruction of works of art

I have just as big problems with the damage or staged destruction of works of art – which we haven’t even talked about here yet – because for me such acts are always associated with the darkest chapters of our history. But this shows once again that in parts of the climate movement there is a radicalism that has always resonated with fantasies of transformation. Except that this time it’s not about class warfare, but about climate protection.

In the end, a sober conclusion remains: The theoretical possibility of rescuing the 44-year-old cyclist, which cannot be ruled out, will forever remain associated with the questionable sticking to the streets, as an eternal blemish. And as is so often the case, we are not making an inch of progress with our exhausting debates in this country on climate protection.