Midterms: Latinos could decide elections – to the detriment of the Democrats 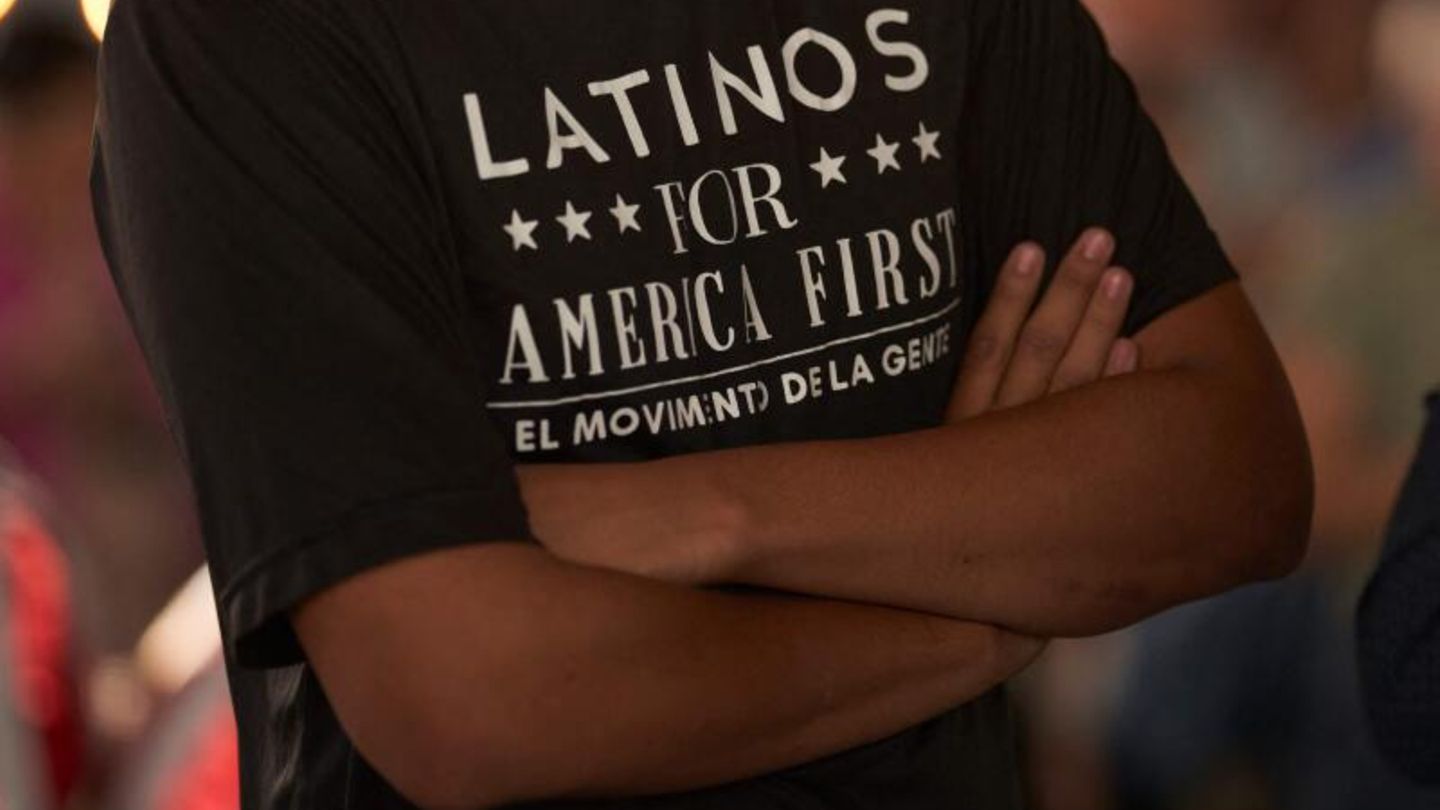 For a long time, Latinos were considered the core voters of the Democrats. But because the party has become ‘too left’ for many, many of them are flirting with the Republicans – they could tip the scales at the Midterms.

Two days before the important midterm elections, Donald Trump is standing on a stage in Miami-Dade. “We need a landslide victory that’s so big that the radical left can’t manipulate it or steal it,” the ex-US president fueled the crowd – and boasted of having brought Latino voters in particular to the Republican party.

In Miami-Dade, long considered a Democratic stronghold, Latinos make up around 69 percent of the population. In 2016, Hillary Clinton won the district by a clear 30 percent, four years later Joe Biden won it with just seven points. Now, Florida’s most populous borough could fall into Republican hands for the first time in two decades.

Not only in the “Sunshine State” are Latino voters at the midterms on Tuesday. In the swing states Arizona and Nevada, which are crucial for control in the Senate, they make up around a fifth of the electorate. And in more than a dozen hotly contested races for the House of Representatives, Latinos make up more than 20 percent of the registered voters – including in California, Colorado, New Mexico, Oregon, Pennsylvania and Texas.

At just under a fifth of the population, Latinos and Hispanics make up the largest minority in the United States. For comparison, overall there are about three times as many Latinos as Asian Americans and about twice as many as African Americans. This makes them one of the most important constituencies in the US – and one that rallied behind the Democratic Party for many years.

When Democrats won the House of Representatives at the 2018 midterms, about two in three Latinos supported Democratic candidates. But in the presidential elections two years later, President Biden’s party had to realize that its traditionally high values ​​among Latinos were falling nationwide for the first time. The trend appears to be continuing this fall. Although around 63 percent of Latino voters still favor the Democratic Party over the Republicans (36 percent), this lead has shrunk significantly compared to previous years.

For Republican media strategist Giancarlo Sopo, the Democrats themselves are to blame for their losses. “The Democratic Party is clearly moving in a left-wing direction, whether on economic or socio-cultural issues, but most Hispanics have common sense and are centrist voters with traditional and conservative values,” Sopo told “. “People are just fed up with the Democrats who have taken our communities for granted.”

In addition, Republicans have intensified decades of efforts to attract more Latino voters to their side. In 2020, this was particularly visible in southern Florida and Texas. Trump’s campaign teams specifically targeted their “vamos” campaigns at potentially open-minded Latinos, labeling Democrats as socialists and claiming that Biden’s party supports open borders. With a focus on values ​​such as patriotism, family, community and faith, the party is the natural political home for Latinos, the argument goes.

Diverse in their demographics and geographical origins, . In California, Texas and the southwestern states, for example, Mexican Americans dominate the Latino population. In Florida, on the other hand, Cuban Americans and Puerto Ricans are increasingly mixing with immigrants from South American countries like Venezuela. In concrete terms, this means that if Cuban-Americans are motivated by anti-communist messages, this is far from convincing Mexican Latinos.

For Latinos, as for a majority of voters, economic issues are at the forefront of the midterms. Many have built their livelihoods in the USA with family businesses. They are now suffering particularly from a combination of rising prices for food, gas and rent as well as the aftermath of the corona lockdowns. In some states like Nevada, the pandemic-related closures had led to massive job losses in the hospitality industry, where Latinos were particularly employed.

After the economy as the number one issue for Latino voters, health care, education, violent crime and gun policy follow, according to a study by “”. For a long time, Democrats assumed that many Latinos would base their voting decisions primarily on migration issues. Now, however, the topic only lands in ninth place – and here, too, the different views of the diverse group of voters are evident. According to a Washington Post-Ipsos poll, around 80 percent of Latinos support citizenship for illegal immigrants, while six in 10 say they support stricter border policies.

“The Democrats think that Latinos should automatically vote for them because Trump called Mexicans rapists,” US correspondent Juliane Schäuble put it in a nutshell. “They’re making it too easy for themselves.”

One thing is certain, due to demographic change alone, Latinos will play an increasingly important role in the USA in the future – both in politics and in other areas of society. Looking ahead to the 2024 election, the challenge for both parties will be finding the right message to (re)engage Latino voters. The current trend clearly shows that the Democratic Party has changed.

However, Marcelo Suárez-Orozco, director of the University of Massachusetts in Boston, does not believe that Latinos are becoming more and more conservative. Instead, he says in the “,” these would become more American over time, emulating mainstream norms like marriage and a strong connection to the labor market. “The dominant post-election metaphor for Hispanics over the past half-century has been ‘the sleeping giant,'” Suárez-Orozco said.

The all-important question on Tuesday will be whether the “sleeping giant” turns to the left – or to the right.