COP27: Scholz calls for more speed in the fight against climate change 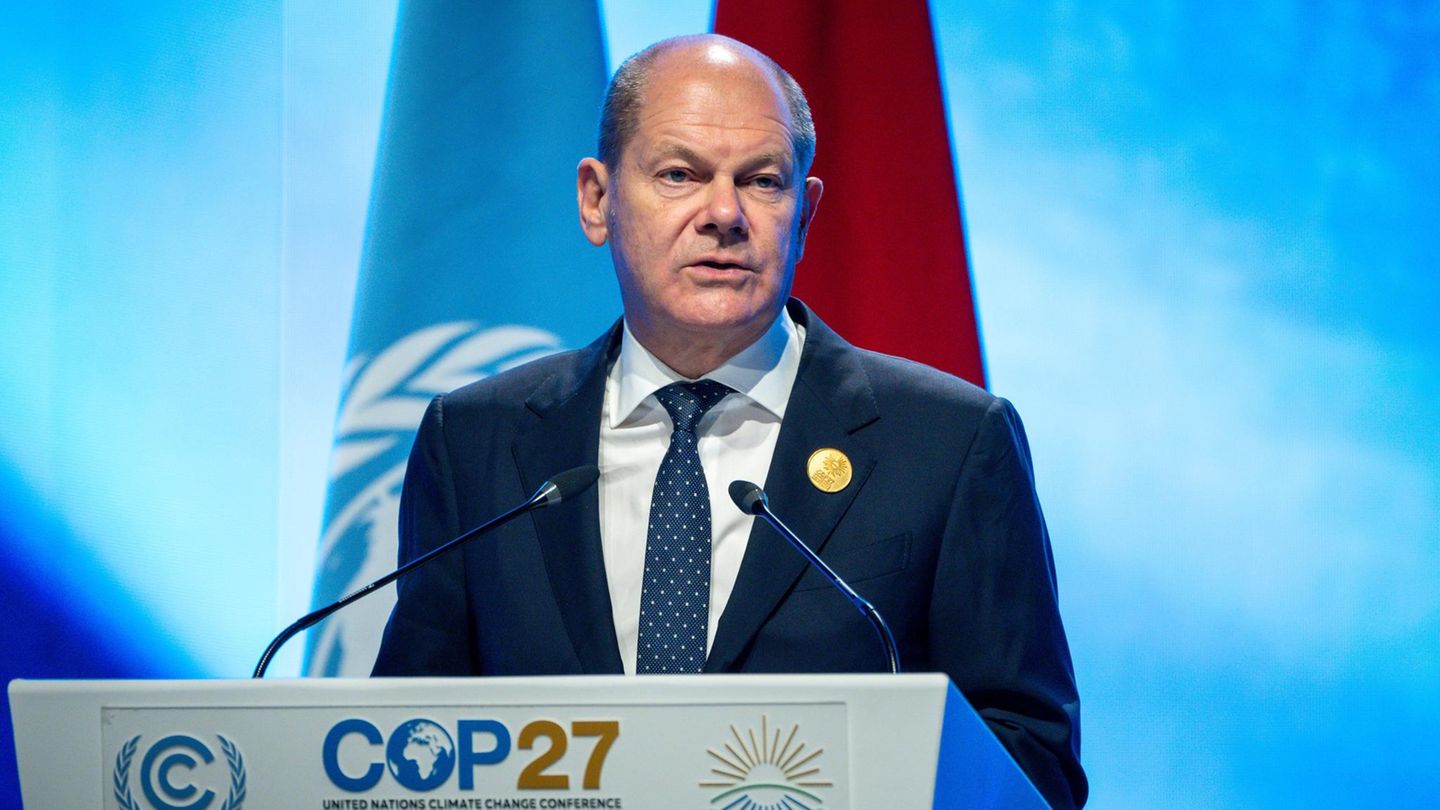 The energy crisis in the wake of Russia’s war of aggression against Ukraine has set back the fight against climate change. Chancellor Scholz warns of negative consequences at the world climate conference and urges more speed. And he promises new funds.

The federal government wants to double its funds for the global protection of forests to two billion euros and provide more support to countries affected by climate catastrophes.

At the World Climate Conference in Egypt on Monday, Chancellor Olaf Scholz announced that he would make 170 million euros available for a new protective shield against climate risks. The Development Ministry announced that the funds for the protection of the rainforests in Central Africa and South America will be increased by one billion euros by 2025. Both are financed from the annual funds for the fight against climate change, which are to increase from 5.3 to six billion euros by 2025.

In his speech, Scholz also warned of a “renaissance in fossil fuels” such as oil, gas and coal. “For Germany, I say: there will be no such thing.” The Chancellor reiterated the goal that Germany should become climate-neutral by 2045. This means that the emission of climate-damaging gases is completely offset by their absorption in the soil, forests or oceans.

“Not less, but more speed, more ambition, more cooperation when switching to renewable energies is the order of the day,” emphasized Scholz. “Our resolute commitment to climate protection must be followed by equally resolute action.”

As big as the EU: 420 million hectares of forest destroyed since 1990

At the World Climate Conference in Glasgow last year, Germany pledged a total of one billion euros for global forest protection in the period from 2021 to 2025. This amount will now be doubled to two billion euros. According to the Development Ministry, an estimated 420 million hectares of forest have been lost since 1990, roughly the size of the European Union.

Development Minister Svenja Schulze called the increase in funds “a strong sign of solidarity”. “Without an intact nature, people are defenseless against the forces of nature,” said the SPD politician. “Forests are home to animal and plant species, but also the basis of life for people all over the world. That’s why forest protection is also poverty reduction.”

Protective shield for climate risks to be established in Egypt

The protective shield to cushion climate risks is to be officially established in the second week of the climate conference. The office for this is to be set up in Frankfurt am Main, and the 170 million euros are start-up financing. The funds are intended to benefit countries that are particularly badly affected by climate change. According to the federal government, this now includes 57 countries.

Scholz emphasized that Germany would phase out fossil fuels “without ifs or buts”. The Russian war of aggression against Ukraine and the associated decoupling of Russian gas supplies has meant that German coal-fired power plants remain on the grid longer and the federal government wants to promote the development of gas fields in Africa, for example.

Nevertheless, Scholz emphasized that the conversion to renewable energies is “not only a requirement of forward-looking climate, economic and environmental policy, but also a security policy imperative,” emphasized the Chancellor. “For us it is clearer than ever: the future belongs to wind power, solar energy and green hydrogen.”

As a goal for the conference in Sharm el-Sheikh, Scholz stated that around 200 countries gathered there would agree on “a robust work program for reducing emissions”. It must contain concrete steps to catch up on the existing backlog.