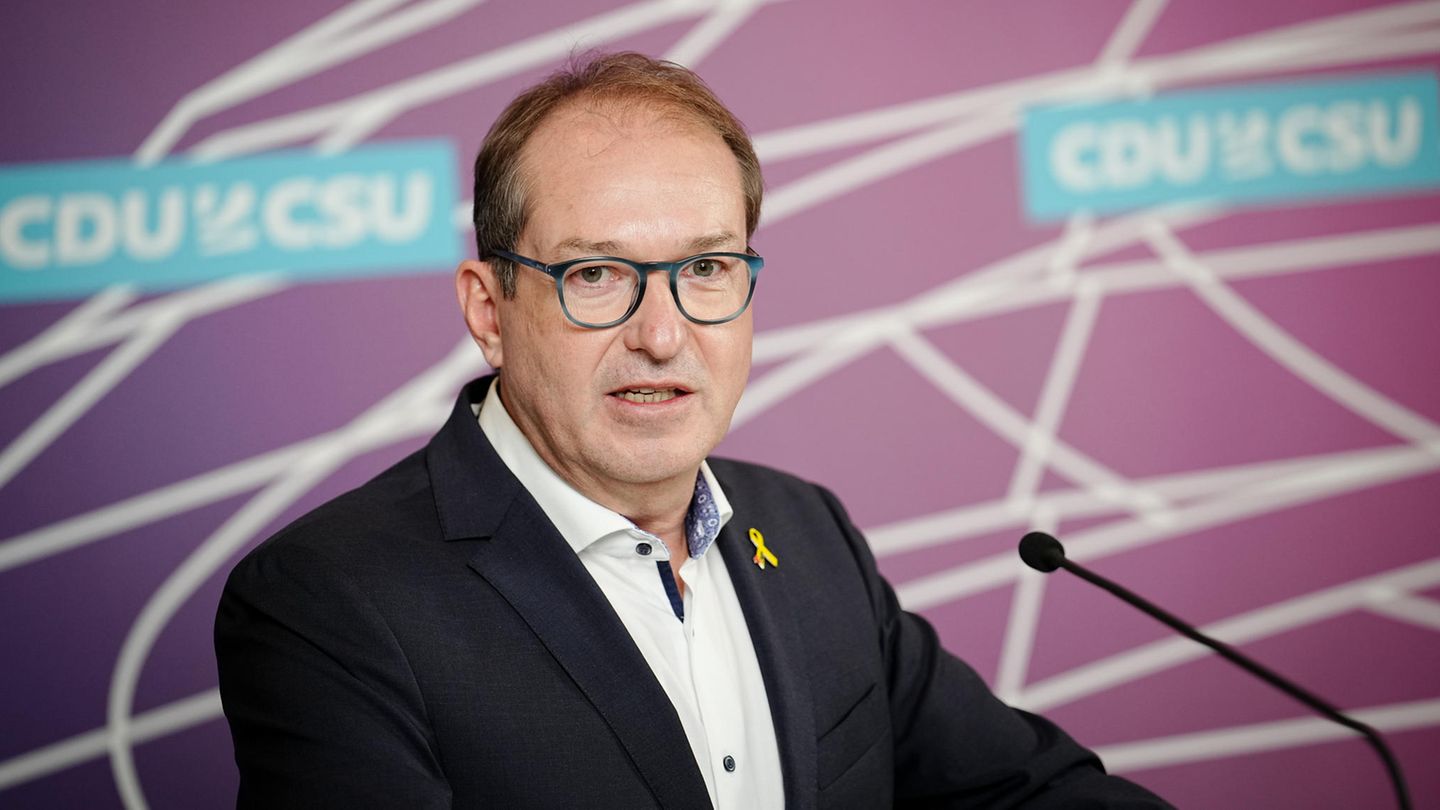 CSU regional group leader Alexander Dobrindt has defended his warning of the emergence of a “Climate RAF” by radicalizing climate activists despite criticism. Not only the Greens keep their distance.

Regardless of criticism, CSU regional group leader Alexander Dobrindt is sticking to the comparison of the protests by the “Last Generation” climate group with a “climate RAF”. Anyone who shies away from the term “Climate RAF obviously does not dare to look a real danger in the face,” said Dobrindt on Tuesday in Berlin before a meeting of the Union faction in the Bundestag.

With a motion in Parliament this week, the Union faction wants to change the criminal offense of coercion so that there is a minimum prison sentence of three months for so-called street glue that hinders rescue workers. The same should apply to the protection of cultural assets when it comes to damage to works of art and cultural assets.

The willingness of politicians to protect the climate is a general consensus, said Dobrindt. “That’s why you have to be able to discuss the actions of climate activists when they deviate from the normal scope of a political debate.” The end doesn’t justify the means. It cannot be accepted “that the rule of law and democratic participation are obviously no longer important for some of these people. And then the state has to act on the spot.”

“Operation Fire Magic” and the night of death in Stammheim – the year of terror in 1977 ends with the “German Autumn”.

In the dispute over the comparison of the protests by the climate group with a “climate RAF,” Federal Economics Minister Robert Habeck has appealed to the responsibility of commentators. The terrorist group Red Army Faction (RAF) deliberately murdered people and made the murder a political tool, Habeck said on Tuesday. “That’s why unlawful comparisons are not the same and should not be mixed up at this point,” said the Green politician during a visit to Stuttgart. There is a responsibility to look at things differently.

Objection to comparison with RAF

Green party leader Ricarda Lang has also defended the climate group “Last Generation”. The Red Army Faction (RAF) killed with weapons and explosives, more than 30 people lost their lives at the hands of the terrorists, Lang said. “Anyone who draws parallels here and names the current protests with the RAF in the same breath is playing down the terror of the time and mocking the suffering of the victims and survivors,” emphasized Lang and warned “that there is a verbal disarmament here.”

Dobrindt had demanded in the “Bild am Sonntag” that the emergence of a “climate RAF” must be prevented. He was referring to the Red Army Faction (RAF), which for decades was the epitome of terror and murder in the Federal Republic. More than 30 people fell victim to left-wing terrorists between the 1970s and the early 1990s.

CDU General Secretary Mario Czaja said on Monday that he could understand Dobrindt’s annoyance, but did not want to adopt his “very harsh and pointed formulation” as his own. The parliamentary manager of the Union faction in the Bundestag, Thorsten Frei (CDU), said on Tuesday that Dobrindt “chooses his words wisely and carefully”, he did not want to comment on this. But one shouldn’t get tangled up in terms now. Terms should “also not lead to relativization”.