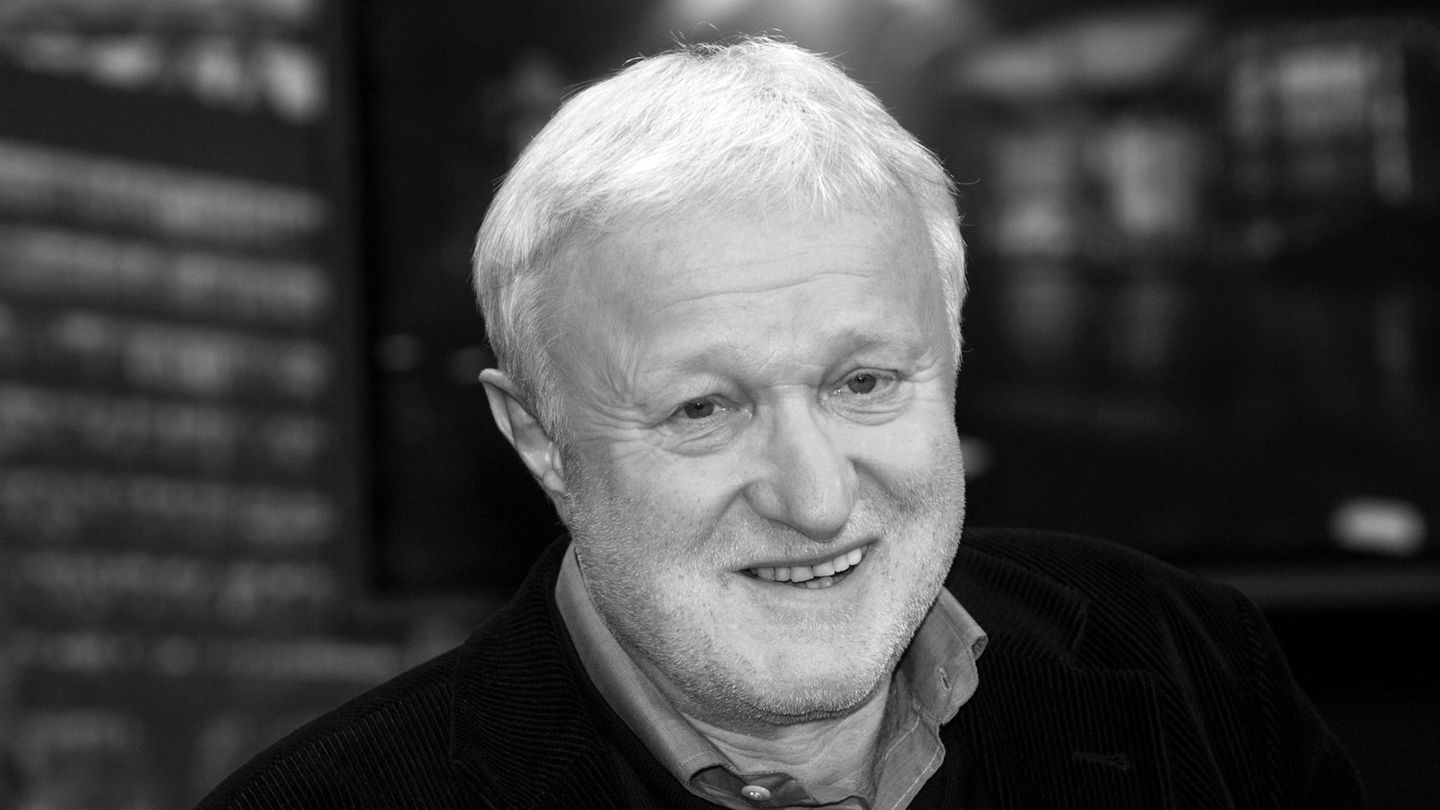 GDR civil rights activist Werner Schulz is dead. With him, the country loses a combative person – and a counselor. An obituary.

The civil rights activist Werner Schulz was never in favor of October 3 as a holiday to commemorate German unity. He wanted November 9th, the day the Wall came down. It seems like a tragic coincidence that Werner Schulz died on this day of all days – under dramatic circumstances, during a commemoration ceremony by Federal President Frank-Walter Steinmeier in Bellevue Palace.

Schulz collapsed on the sidelines of the event. The President of the Central Council of Jews, Josef Schuster, tried to revive him – in vain. Schulz once described November 9 as a day “that bundles the history of the Germans like no other.” Now the memory of the militant democrat Werner Schulz also belongs to this day.

“In Leipzig I was afraid for my life”

Schulz, born in Zwickau in 1950, was a co-founder of the Pankow Peace Circle in East Germany in 1981, to which Bärbel Bohley also belonged. It was a group that brought meetings of regime critics from private homes under the roof of the church for the first time. Schulz was involved with Bohley in the New Forum in 1989, openly criticized the course of the local elections in the GDR in May and witnessed the Leipzig Monday demonstration on October 7 with 70,000 participants. “In Leipzig I was afraid for my life,” he later recalled. The GDR leadership under Egon Krenz had openly shown sympathy for military action against the demonstrators. “That was a clear statement,” said Schulz. But it remained peaceful.

Day of German Unity: A holiday in the shadow of the search for a new government

On November 9, Schulz watched the press conference held by SED Politburo member Günter Schabowski on television, but initially didn’t really take the words about the opening of the border seriously, as he later reported to ntv. He went to a friend to write a program for the New Forum. According to Schulz, an acquaintance came at 10 p.m. and shouted: “Man, you’re crazy, they’re pouring over the Bornholm Bridge and you’re sitting here and scribbling on paper!” Schulz also remembered: “We stopped everything immediately, everyone wanted to go there.” He picked up his wife at home and crossed the Bornholmer Bridge border crossing to the West Berlin district of Wedding.

In March 1990, Schulz moved into the freely elected, last People’s Chamber of the GDR as a representative of Bündnis ’90 and thus became a member of the Bundestag after reunification on October 3rd. Before that he sat at the Central Round Table of the GDR. Because the Greens in the west, also because of their skepticism about reunification, had failed at the five percent hurdle, Schulz and the alliance MPs sat alone in the Bundestag for four years. After the federal elections in 1994, Joschka Fischer became chairman of the joint parliamentary group of Bündnis ’90/Die Grünen and Schulz became parliamentary manager. The two politicians distanced themselves after Fischer had favored Rezzo hose and not him as parliamentary group leader alongside Kerstin Müller when the red-green government was formed in 1998. In 2002, Schulz was defeated in another attempt by the Thuringian MP Katrin Göring-Eckardt.

Schulz always had a mind of his own and was later annoyed at “how meekly we participated in some things in this coalition”. For example, he rejected the Hartz reforms “because I thought the law was unfair.” Fischer later admitted not only a serious quarrel with Schulz, but also that Schulz had quite rightly claimed a leading position. But the foreign minister and vice chancellor obviously feared that a faction under Schulz might claim too much power.

Werner Schulz, “a good adviser on all things East-West”

In 2005, when Chancellor Gerhard Schröder and SPD leader Franz Müntefering were striving for early new elections, he compared the actions of the SPD leadership with the behavior of the SED in the People’s Chamber and lodged a constitutional complaint against the dissolution of the Bundestag by Federal President Horst Köhler. However, the lawsuit was unsuccessful. From 2009 to 2014 Schulz was a member of the European Parliament.

At around 1 p.m. on Wednesday, Frank-Walter Steinmeier was given the task of informing the participants of the 9 November commemoration event in Bellevue about Schulz’s death. There was an emergency operation for a person “who was dear to us,” said Steinmeier, “and a good advisor to me on all things East-West.” The relatives had been informed beforehand. Marianne Birthler, Schulz’s companion in the GDR and at Bündnis ’90 and President of the Stasi Records Authority from 2000 to 2011, was in the room. The efforts of the emergency doctors and the President of the Central Council of Jews, Josef Schuster, were no longer successful, Steinmeier said. “Werner Schulz is dead.” The Federal President then asked for a minute’s silence and broke off the event.