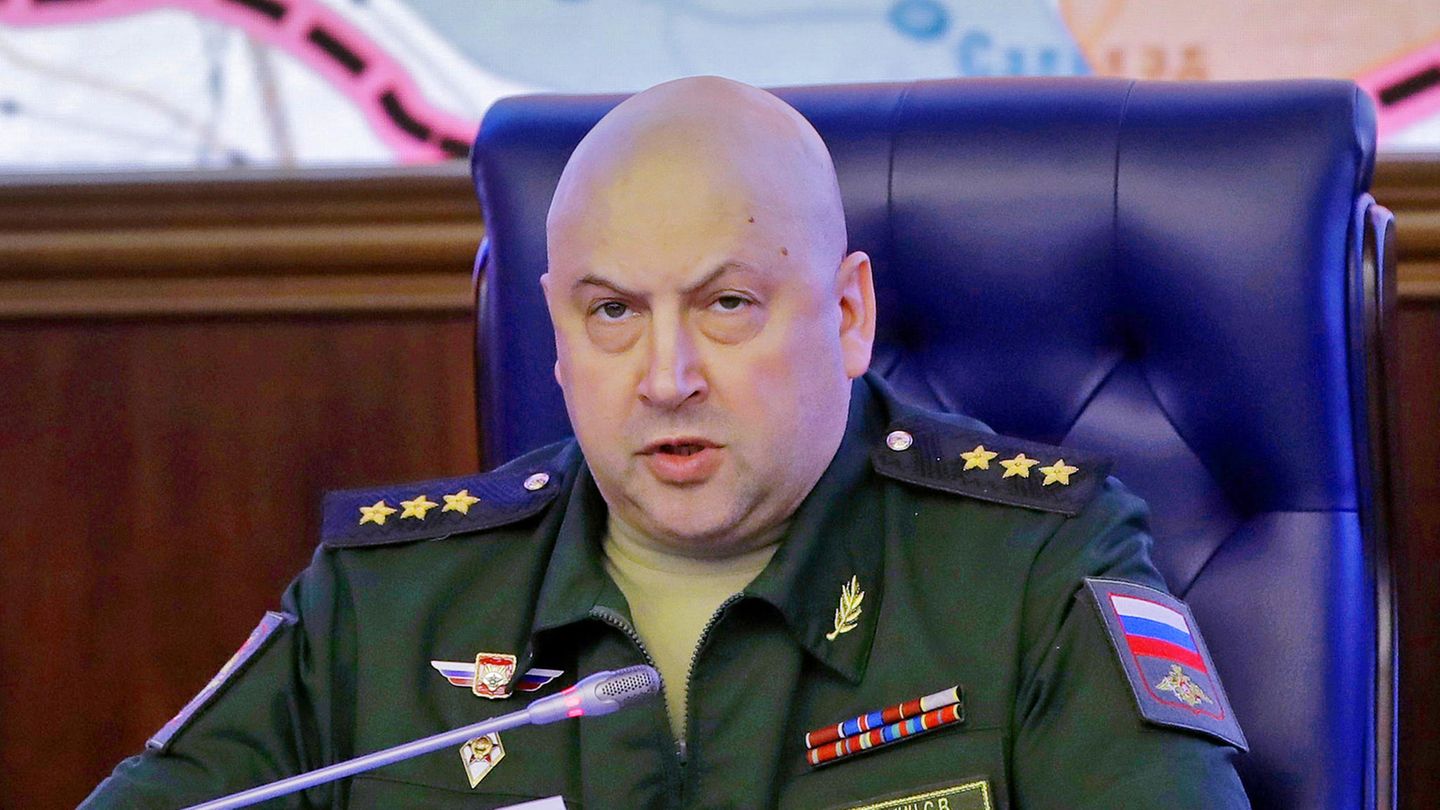 With the withdrawal from Cherson, the Russian military leadership has openly admitted defeat for the first time since the beginning of the war – and what a defeat. But where does the unusual honesty come from?

The “New York Times” describes what is currently happening in Kherson as Moscow’s “concession to military reality”. According to observers, it was only a matter of time before the Ukrainians would recapture the strategically and symbolically enormously important city. Accordingly, Wednesday’s news that the Russian occupiers would retreat to the out of town and across the Dnieper River came as no surprise. What was surprising, on the other hand, was that the Kremlin openly admitted the defeat – a novelty in war propaganda, which had previously been trimmed to deny and blind people.

“We will ensure the lives of our soldiers and the combat effectiveness of our units,” said General Sergey Surovikin at the apparently choreographed meeting of the military leadership, broadcast on Russian state television. The supreme commander of the Russian armed forces in Ukraine explained that Cherson simply could no longer be adequately supplied (Read here what is behind the maneuver militarily).

Of course, Putin himself was not around when the disaster was announced – even though he was the only one who could have given the order. Instead, Defense Minister Sergei Shoigu and the General Staff had to cringe at the fact that the first and only controlled regional capital to date (which the Kremlin chief had said just a few weeks ago would belong to Russia “forever”) had to be given up. Shoigu even uttered the word “retreat,” which the Kremlin had previously avoided as much as possible. Yes, the leadership went to great lengths to downplay the disaster. But the spectacle wasn’t difficult to see through.

While trying to explain troop movements on a fuzzy map of Ukraine, Surovikin cited constant Ukrainian shelling, problems with border controls and the risk of flooding the region as the main reasons for the withdrawal. Troops would now focus on holding the east bank of the Dnieper. Shortly after his appointment, three weeks ago, Surovikin said he might have “difficult decisions” to make. Even the hardliner among hardliners, Ramzan Kadyrov, has recognized the inevitable, reports the Russian online newspaper Meduza, which is critical of the Kremlin. “After weighing all the pros and cons, General Surovikin made a difficult but correct decision,” the ruler of Chechnya said.

The Kremlin can no longer hide defeats

Ever since the invasion began, the Kremlin had always avoided naming defeats. Instead, the military leadership under Defense Minister Sergei Shoigu used every vague phrase to downplay setbacks. Whether after the failed lightning offensive on Kyiv or during the chaotic escape from Kharkiv: the Russian armed forces never retreated, they “reformed” and “shifted” the focus of operations. The favorite word: “regrouping”.

High casualties, defense instead of attack: Despite massive censorship and constant propaganda broadcasting, the Kremlin has long since been unable to completely conceal the fact that everything else is going according to plan. Military bloggers, some with millions of followers, play an important role in “educating” the population, especially on Telegram. These “military influencers” were originally tolerated by the Kremlin, as they enthusiastically reported on the “special operations” for long stretches.

But dissatisfaction is spreading even among the most pro-Kremlin bloggers – which, unlike the state-controlled media, they express “independently”. A well-known account spoke of a “black chapter in the history of the Russian army”. With its policy of feigned transparency, the management team is apparently trying to regain some of its information sovereignty without having to admit complete failure. A compromise in terms of crisis communication.

According to a “Meduza” source, the Kremlin gave the order earlier this month to prepare “public opinion” for a withdrawal from Kherson. Explicit handbooks for propagandists have been written, according to which the front here “is the most difficult at the current stage” and that “Russian troops are trying to save the lives of civilians and personnel.” According to “Meduza”, one should claim that Kyiv is sending “tens of thousands of its own people and others” to their deaths.

“The life and health of the soldiers of the Russian Federation have always been a priority,” Shoigu said on the television broadcast. That is very doubtful. In view of the massive losses, Moscow had repeatedly transferred more men to Ukraine. In the course of the partial mobilization just a few weeks ago, Putin had forced more than 200,000 other Russians into his war of aggression. Since then, reports have been piling up that the conscripts were sent to the front after a very short training period or even with no training at all.

, the USA expects around 200,000 dead soldiers on both sides to date. In the meantime, Moscow is also openly using the men of the “shadow army” group Wagner. The mercenaries fight alongside regular Russian and pro-Russian units (Read more about this here). Although Wagner’s role in Putin’s campaign can hardly be denied, the Kremlin continues to do just that. Conveniently, the Kremlin doesn’t have to issue death certificates for soldiers who don’t even exist.

The assertion that the withdrawal from Cherson was primarily aimed at protecting Russian life hardly fits the picture. It is more likely that the Kremlin wants to avoid scenes like those after the withdrawal from smaller cities like Izyum in September. At the beginning of their counter-offensive, the Ukrainians had gained massive amounts of ground every day – the Russian soldiers were threatened with encirclement. The subsequent “regrouping” was more like a chaotic escape. However, no nice talk can hide the extent of the defeat in Cherson. According to the US think tank “Atlantic Council”, former Kremlin adviser Sergei Markov called the withdrawal the “biggest geopolitical defeat since the collapse of the USSR”.

With the publicly staged meeting of his general staff, Putin, who is the supreme commander of the Russian armed forces, apparently once again wanted to make his military leadership a scapegoat. It is questionable how often he can fall back on this trick before he has to show responsibility himself. As of now, that day is getting closer and closer.