Donald Trump under fire from his own ranks after midterms 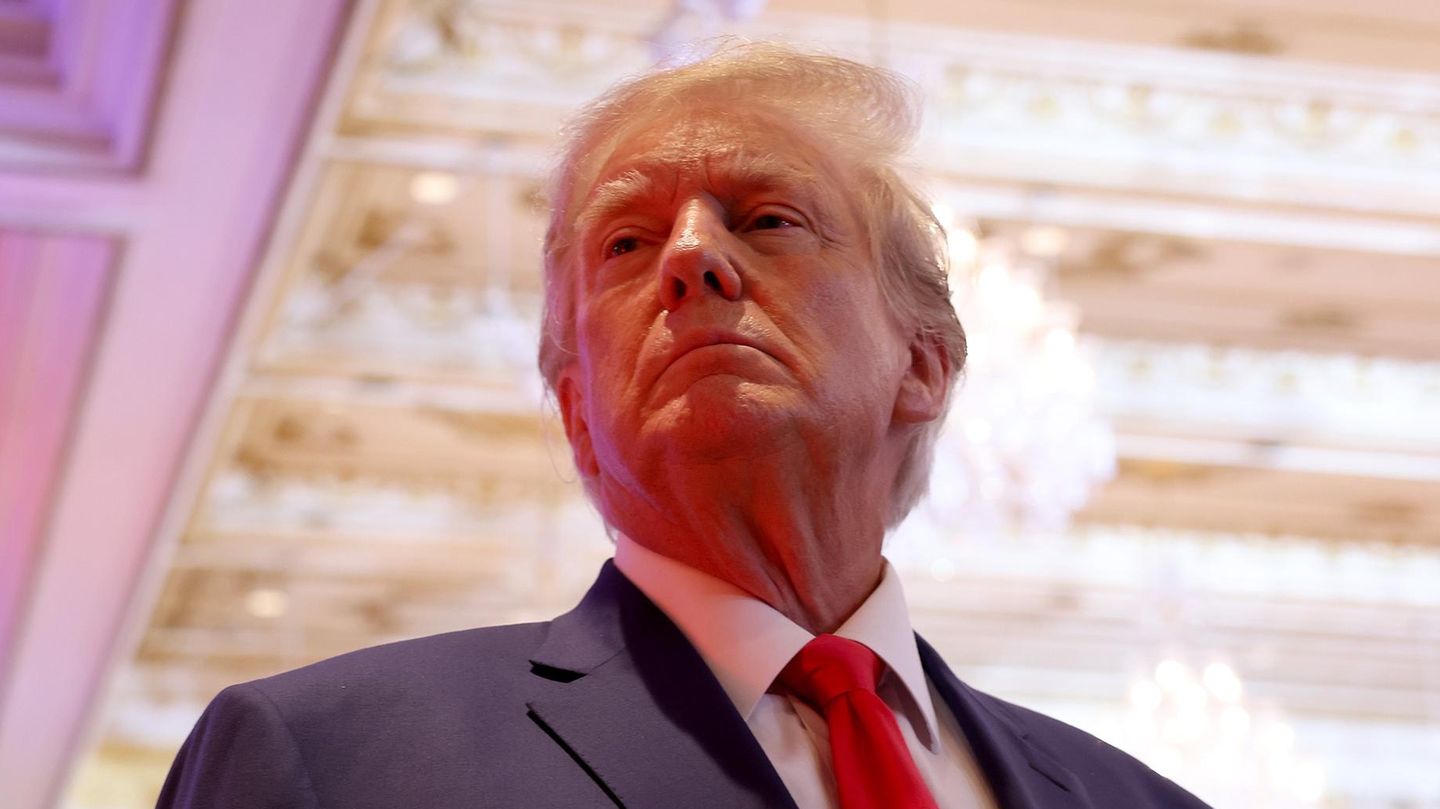 Instead of a “red wave” just a light splash: Donald Trump’s Republicans disappointed in the midterm elections – and quite a few blame the 76-year-old.

Former US President Donald Trump has come under pressure in his own party following the Republicans’ unexpectedly weak performance in the US midterm elections. Disappointed voices from the ranks of the Grand Old Party hold Trump responsible for the lack of the predicted successes.

The Republicans went into the midterms on Tuesday with the expectation of wresting a majority from the Democrats in both chambers of Congress and defending or winning numerous governorships and other important offices. But the “red wave” they had hoped for only turned into a light splash. The Democrats have held their ground so well that it is not yet clear who will set the tone in the Senate in the future and that the GOP’s reasonably secure takeover of the House of Representatives will be much closer than they had hoped. And it is precisely Trump’s protégés with extreme positions that voters often fail.

“Republicans have followed Donald Trump off a cliff”

“I don’t blame them because voters prefer predictability,” Georgia Republican radio host Erick Erickson tweeted. “They rejected Trump because they were tired of checking Twitter every day to see if he started World War III. They didn’t want his candidates to be so unpredictable.”

The “Washington Post” columnist and Fox News analyst Marc Thiessen found even harsher words about the election result: “This is a damning indictment of the Republican Party. This is a damning indictment of the message we sent to voters. You’ve looked at all of this and looked at the Republican alternative and said ‘no thanks,'” ex-Republican President George W. Bush’s former speechwriter enraged on Fox News.

Thiessen identified a “quality problem with the candidates” as an important factor for the mid-term disappointment, which can be traced back to Trump’s support in important contested states. Thiessen complained that relying on the effect of radical Trump disciples was the wrong message. “We nominated a number of people who were rejected by voters in a lot of these Senate elections.” The Republican Party “needs to really look in the mirror now because this is an absolute disaster for the Republican Party and we need to turn back.”

“Republicans followed Donald Trump off a cliff,” said David Urban, a longtime Trump adviser in an interview. And former Republican Rep. Peter King of Long Island, who has long supported Trump, said of the 76-year-old: “I firmly believe that he should no longer be the face of the Republican party.” Trump’s self-portrayal and his attacks on Republicans like Ron DeSantis and Senate Minority Leader Mitch McConnell “were largely responsible for Republicans not having a red wave,” King said. “We cannot allow blind loyalty to Trump to determine the fate of our party.”

Scott Reed, a veteran Republican strategist, lamented that the GOP had “a historic opportunity, and Trump’s recruitment of uneligible candidates blew it on us.” The ex-president has lost three elections in a row for the party “and it’s time to break away from this nonsense.

“There is only one culprit and that is Donald Trump”

Chris Christie, ex-governor of New Jersey, former friend and adviser of Trump and now one of his critics, also sees it this way: The Republicans “have to make a fundamental decision,” warned Christie, who divided his own ambitions for his party’s presidential candidacy into two years. “We lost in 2018. We lost in 2020. We lost in Georgia in 2021. And now in 2022, the bottom line is that we’re going to lose governorships, we’re not going to win as many seats in the House of Representatives as we thought, and we might not win the Senate, despite a president whose inauguration has only 40 percent approval. There is only one culprit and that is Donald Trump.”

Trump himself is undeterred by the midterm bankruptcy and the criticism – at least in public: “While yesterday’s election was somewhat disappointing in certain respects, from my personal point of view it was a very big triumph – 219 wins and 16 losses in of the parliamentary elections – who has ever done better”, he made clear on Wednesday afternoon in his network Truth Social his reading of the results. “We’ve had tremendous success,” he affirmed on Fox News.

Privately in his Florida home, on the other hand, Trump accused his Fox intimates, moderator Sean Hannity, casino mogul Steve Wynn and even his wife Melania, of giving him bad advice, reports the New York Times, citing several others people familiar with the talks. The 76-year-old is particularly angry with Hannity, whom he often asks for political advice, because he, like Wynn, urged him to support TV doctor Mehmet Oz, who was defeated in the senator election in Pennsylvania.

Given the disappointing midterm elections and the triumph of Ron DeSantis – his possible rival for the Republican presidential nomination – will Trump give up the race for the White House? Most experts doubt that. Scott Jennings, longtime advisor to Mitch McConnell, gave the ex-president a decision-making aid on Wednesday: With reference to voter surveys at the exits of the polling stations, according to which the 76-year-old is less popular than incumbent Biden, Jennings said : If Trump wants a Republican to be elected President in 2024, he should not run.

Corona: Bavaria and Saxony-Anhalt abolish the obligation to wear masks in public transport