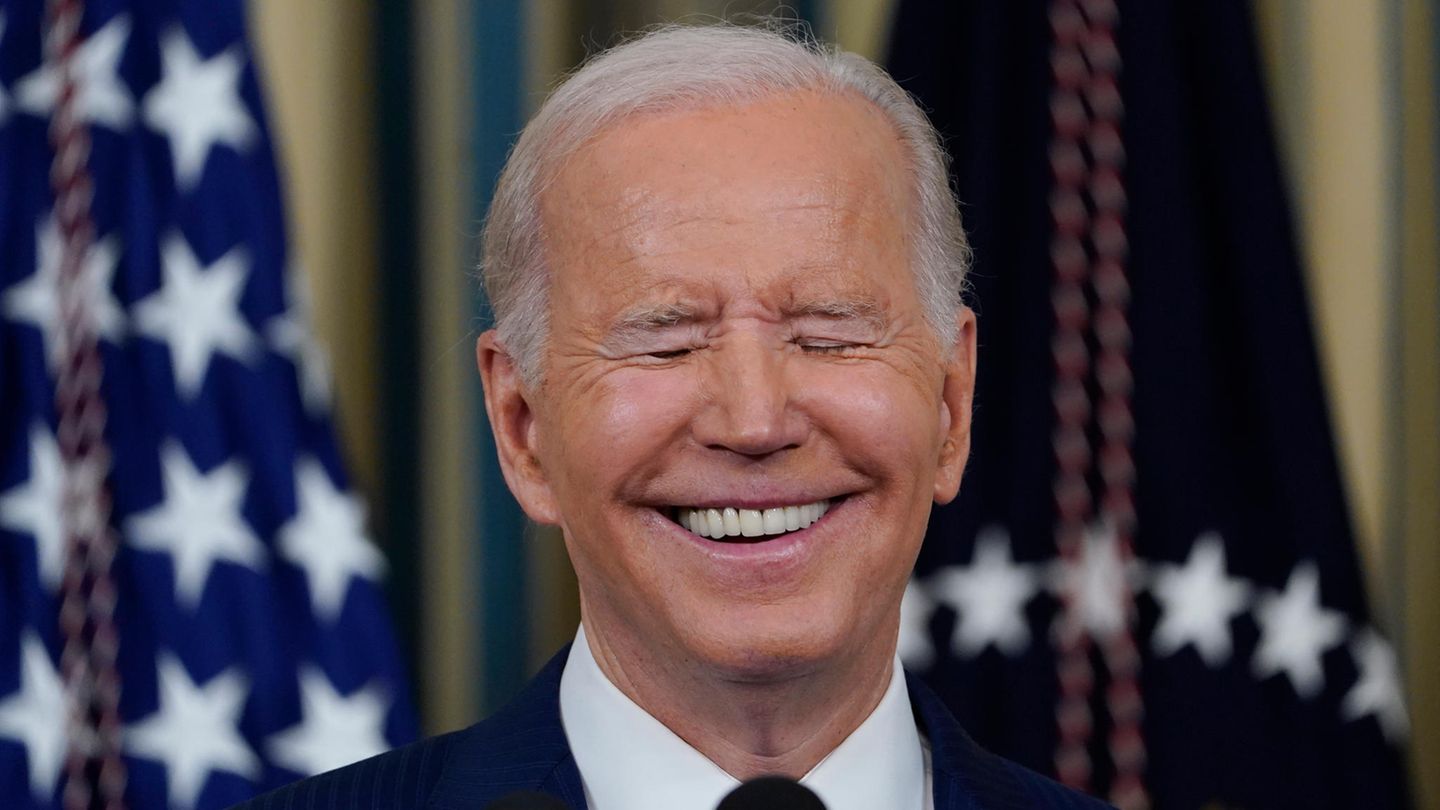 There can be no talk of a tailwind. Nevertheless, both Joe Biden and Donald Trump interpret the election results so far as a success.

Joe Biden was satisfied, as was Donald Trump – and last but not least this paradoxical unity of the proven antagonists makes one doubt whether it is actually a matter of real joy. Or rather an attempt to interpret the matter to one’s own advantage.

Because neither the Democrats around President Biden nor the Republicans around their former President Trump can be pleased with the election results so far in the important congressional elections.

Joe Biden said it right away…

For some (Democrats) the majority in the House of Representatives will probably be lost, possibly even in the Senate. And for the others (the Republicans), the question arises as to what finally went against the high expectations – after all, many had a spectacular landslide victory Grand Old Party expected.

President Biden also referred to this, with considerable satisfaction. “Although we don’t know all the results yet,” one thing is known: “The press and experts predicted a huge red wave, but it didn’t happen.”

Although the ballots have not yet been counted, it is now almost certain that the Democrats will lose far less than expected, while the Republicans won nowhere near as many seats as the starting point had promised: The inflation is in the country high and it is an unwritten rule of the so-called “midterms” that the party that nominates the president has to lose a lot of feathers.

But what should have been the perfect storm for the Republicans – hence the talk of a “red tsunami” – turned out to be more of a storm. That was enough for Biden to express a little self-praise.

Although some have been angered by his “obsessive optimism,” he said on Wednesday, he has always remained confident. Sure, every lost seat hurts. But his party “exceeded all expectations” and “lost fewer seats in the House of Representatives than any Democratic president in his first congressional election in 40 years”. Biden also claims this for himself, having had to hear all too often in the past few weeks that he is a burden for the Democratic election campaign: too old, too unpopular, not enough of a driving force.

Donald Trump also read a victory from the election results, and last but not least let a word be spread in which his supposedly “unprecedented” achievements in 2022 are spelled out.

It gives special mention to the supposed successes of his hand-picked candidates, whom he placed and supported in the Republican primary, apparently hoping that they would also win for him on Tuesday.

Well, his support hasn’t proven to be a guarantee of success. Many Trump-sponsored candidates who spread his lie about the stolen 2020 presidential election or other conspiracy narratives, some even .

As a result, Trump foamed with anger, as not only those around him claim to have learned: While he was celebrating a victory in public, Trump is said to have been behind the scenes, “it said at , and “blamed everyone but himself”. , reported .It wasn’t such a “GREAT EVENING” after all.

But both leave the midterms stricken

Neither Trump nor Biden have any strong tailwinds to speak of from the election results so far, so they appear to be trying to give themselves some boost. After all, it is also about their own political future.

In ten days, President Biden will celebrate his 80th birthday, and he is already the oldest sitting president in US history. His often brittle and at times confusing rhetoric always offers Republicans a target for attack. Last but not least, Biden has always fought against poor popularity ratings among the population, while skepticism is palpable in his own ranks: In July, 75 percent of Democrats and their supporters spoke out against Biden’s renewed candidacy, as one revealed.

Biden said on Wednesday that he wants to decide whether he will also run as a presidential candidate in 2024 at the beginning of next year. “I think everyone wants me to run, but we’ll discuss it.” He is in no hurry and will not make a decision dependent on what his predecessor is doing, he said, referring to Trump.

It is doubtful that this should not play a role in his decision. Biden should wait and see how the situation develops for his predecessor, who would also like to be his successor. Trump fueled corresponding speculation for months, last named his candidacy and announced one for the coming week.

But now, after the meager results for his protégés in many places, Trump is considered battered. First Allies. This is not least due to Ron DeSantis, who is considered a possible rival in the race for the Republican presidential nomination.

The 44-year-old was confirmed in office with a clear majority in the midterm elections – and thus emerged stronger from the big election day. The “Trump with a brain”, as the southpaw is also called, could endanger the original (). Apparently Donald Trump agrees, after DeSanti’s historic election victory he unimaginatively threatened that he would run for the presidency.

At least Biden was happy that Trump could have competition in his own camp. When asked on Wednesday against whom he thought he had a better chance, Biden laughed. And said, “It would be fun to watch them go at each other.”