Withdrawal from Kherson: Is this a defeat for Putin? No, says the Kremlin 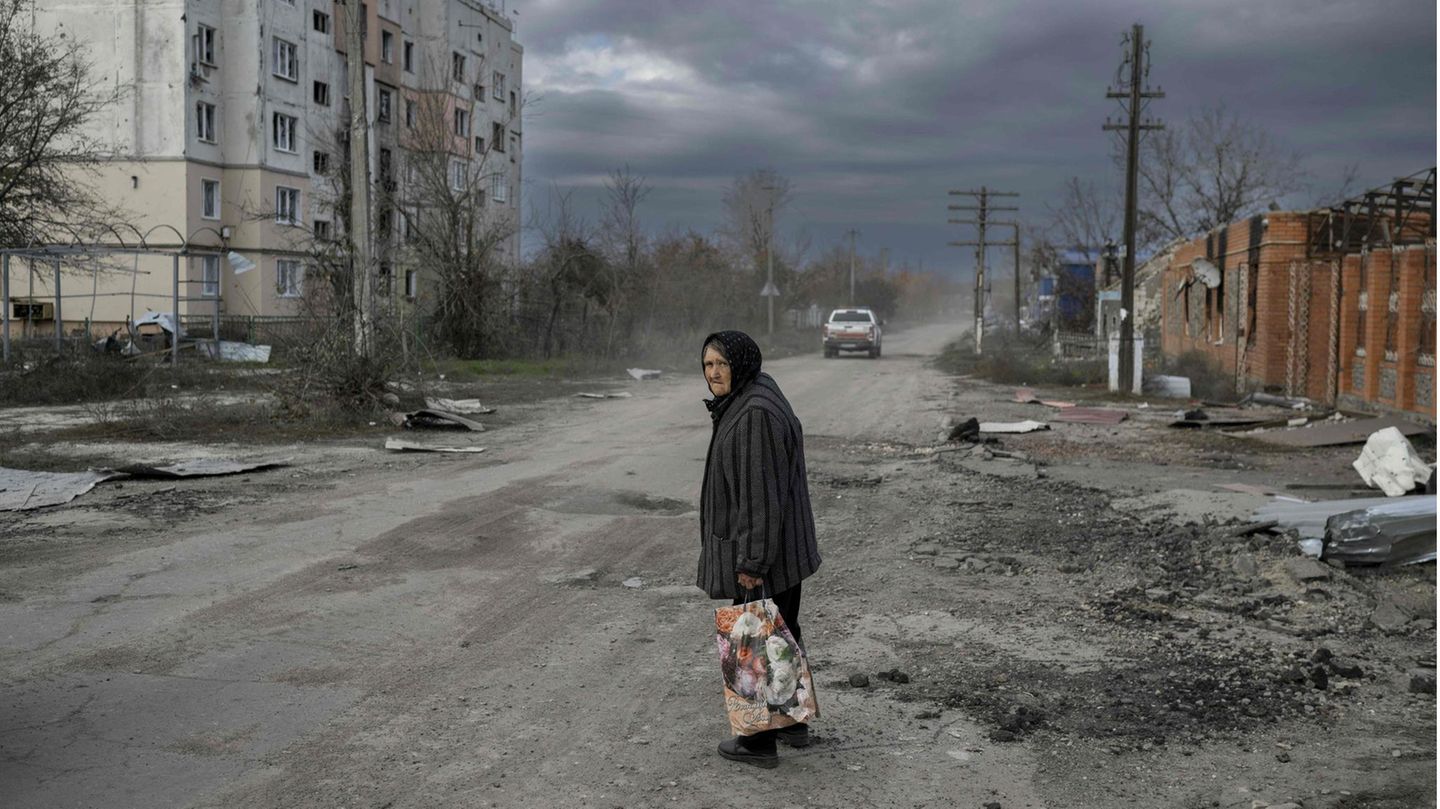 According to Moscow, Russia has completely withdrawn from the Kherson region in southern Ukraine. The people there celebrate the end of the invasion. In the west, the withdrawal is seen as a defeat, for the Kremlin the area remains Russian.

Russia has now “completely” withdrawn its troops from the southern Ukrainian region of Kherson, the Kremlin announced. Government spokesman Dmitry Peskov told the Interfax news agency that it was not a defeat for the Moscow leadership. Especially since the area still belongs to Russia: “This status is determined and consolidated by law. There are no changes here and there cannot be any,” said Peskov.

After the invading troops retreated to the other, left bank of the Dnipro (or Dnepr), the remaining residents celebrated with Ukrainian flags and honking their horns. Pictures showed the blue and yellow flag of Ukraine being hoisted again on top of the local oblast administration building. Ukrainian soldiers who were already on the outskirts were enthusiastically greeted by the people with hugs and applause.

There are several interpretations of the withdrawal of the Russian soldiers: The Ukrainian counter-offensive launched at the end of August caused the pressure to become too great. With long-range artillery pieces supplied by the West, Kyiv continued to shell Russian ammunition dumps and supply lines in the region for weeks. Pro-Russian cadres were also being deliberately killed more and more frequently. “The enemy had no choice but to flee,” said Oleksiy Gromov of the Ukrainian General Staff. The constant shelling also made it increasingly difficult to supply the Kremlin’s troops.

Who Destroyed the Antonovsky Bridge?

So far, the Russian broadcasters have hardly reported about the withdrawal – as with much bad news from the Ukrainian front. In contrast to previous Russian backlashes, pro-Kremlin hardliners broadly agreed to abandon the area and have been reluctant to criticize the military leadership. Both Chechen leader Ramzan Kadyrov and the leader of the powerful Wagner paramilitary group, Yevgeny Prigozhin, spoke of a difficult but necessary decision.

“Putin was faced with the choice of sacrificing a contingent of around 20,000 men for a hopeless defensive struggle in order to postpone the moment of further shame, or to draw a line. The second option is clearly the more sensible one. That Putin accepts this reality is proof that he is still receptive to rational arguments,” writes the “Neue Zürcher Zeitung”.

And the Times of London notes: “This war can be ended by Russia losing it, and Ukraine is perfectly capable of bringing about that defeat. She has impressively shown that the way to peace is, Putin is not He must be defeated and he must give up all hope of retaining the territorial spoils of his aggression.”

Share
Facebook
Twitter
Pinterest
WhatsApp
Linkedin
ReddIt
Tumblr
Telegram
VK
Digg
LINE
Viber
Previous article
The financial dollar rises for the fourth day in a row and accumulates almost $10 of rise in the week
Next article
Aminata Belli: “One in three women suffers from violence in a relationship”