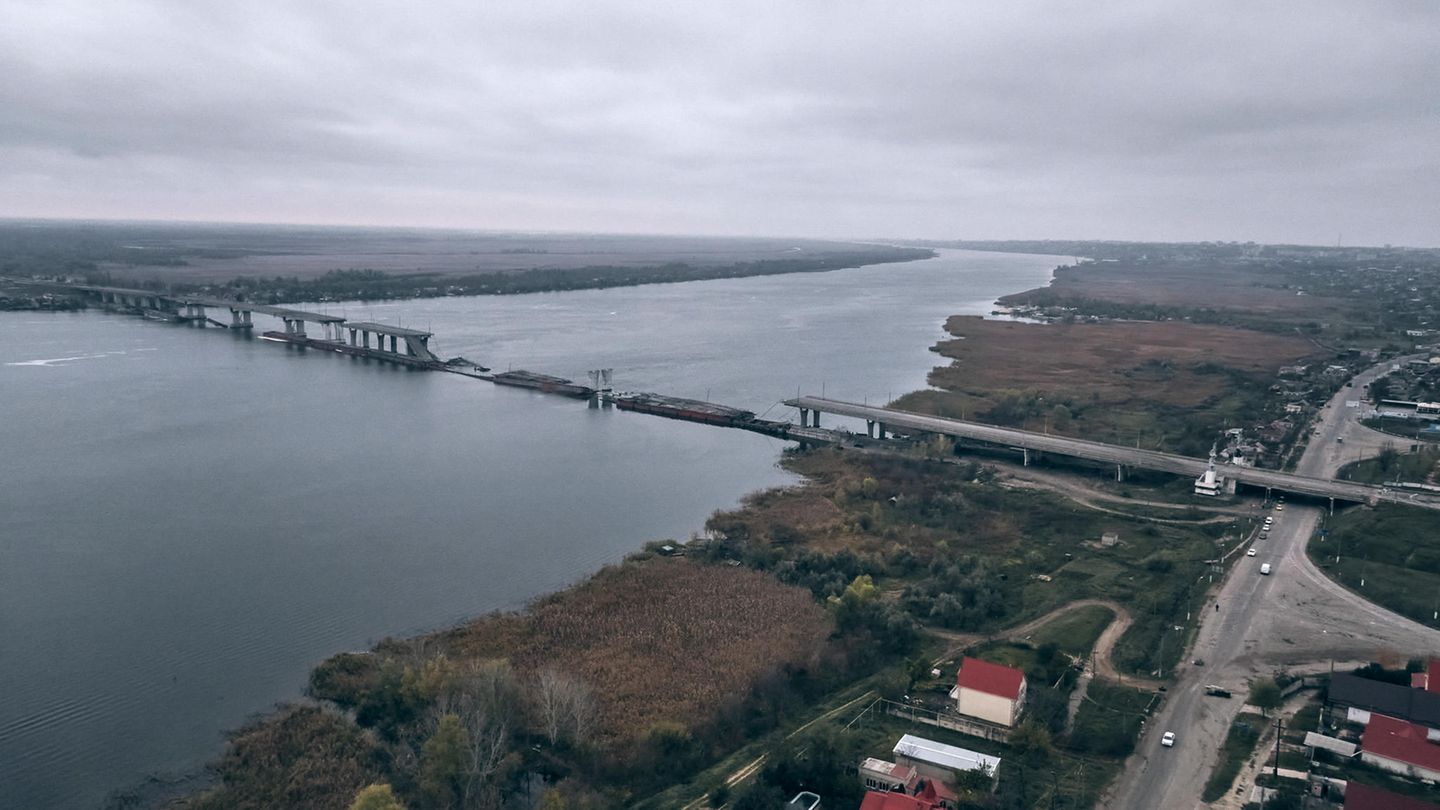 The recapture of Cherson seemed like a small-scale blitzkrieg in the last few days, but impressions are deceptive and things won’t go on like this. Cherson and the areas east of the Dnieper had already been “conquered” by Kyiv months ago – when the US Himars launcher succeeded in disrupting Russian supplies and the bridges over the river were destroyed. Now only the fruits were collected. Since late summer, the Russian position has been untenable, with Russian military bloggers claiming that the troops have received only about 10 percent of actual needs. And as soon as he took office, Putin had announced “difficult decisions” to Commander-in-Chief Sergey Surovikin, meaning even then giving up the western areas of Cherson.

The next goal after Cherson success

After the retreat, the Ukrainian troops advanced to the river. In a commando operation they even switched over to the east side at the mouth. Now the war is entering another phase: Of all the conquests, Putin’s troops have only been able to hold the land bridge to Crimea, along with most of the Donbass. And here lies the next strategic battlefield. In the winter months, Kyiv will try to cut this connection and advance to the sea. Russia, on the other hand, will go into a defensive war. The intention is to take favorable positions and inflict heavy casualties on the attacking Ukrainians.

As happened with the withdrawal of troops across the river. Surovikin has abandoned an overstretched, unserviceable line and will now fortify the other side of the river. A direct continuation of the fighting is hardly to be expected, because Kyiv would not be able to supply its troops on the other side with landing craft alone. First, Kiev’s armed forces must take their new positions, secure them, clear mines and the like. In addition, they have the task of supplying the city and the liberated areas, restoring the water and electricity networks.

Is Russia attacking the dams?

The Ukrainians destroyed the Antonivsky Bridge, and now the crossing over the dam at Nowa Kakhovka has been blown up. This means that all crossings south of Zaporizhia are out of order. In addition, the dam could rupture, causing a tidal wave. On the advance, supplies and vehicles fell into the hands of the Ukrainians – but in small quantities, unlike the advance east of Kharkov. As recently as last week, Western experts were jubilant that Putin had left thousands of soldiers behind. But so far there are no signs that Kyiv has been able to take prisoners on a large scale. It is more likely that Surovikin was able to get his troops across the river essentially unscathed. Before the Russians retreated, Ukraine’s advance at Cherson was arduous. Now Putin’s troops find themselves in an excellent defensive position, while the Ukrainians find themselves in a difficult, if not impossible, position.

However, the Russians cannot make themselves comfortable. The entire hinterland is now within the firing range of the Himars launchers – including the projectiles with a range of “only” about 50 kilometers. If Kyiv continues to use this weapon as wisely and systematically as before, there is likely to be a steady attrition of Russian forces even as they hole up behind the river bulwark.

Freezing the front is not in Kiev’s interests. The troops released are deployed where an offensive is most likely to be successful. To do this, they have to be brought across the Dnieper at Zaporizhia in order to become offensive in the steppe front between the Donbass and the river. But that will take weeks. And is a daring game, the Russian troops could now also attack the important river crossings. The crossing at Zaporizhia leads over the dam of a hydroelectric power station. A blast would also entail the risk of a tidal wave here.

Little has happened in the steppe since the summer. It can be assumed that the Russians have fortified their front in depth and filled the gaps in the front with reservists. Kyiv will be counting on the Russian leadership to continue to react as clumsily and inflexibly as before and that its own armed forces will be able to outmaneuver them again and then advance to the sea. If this succeeds, the final phase of the invasion would be heralded. Realistically, such large-scale maneuvers can only be expected after extensive preparations, and the ground must be frozen deep enough to support heavy vehicles.

Despite the hapless and unsuccessful course of the ground war, the Russian position is not hopeless. General “Armageddon” Surovikin has clearly committed to crippling Ukraine’s infrastructure. If he succeeds in switching off heating, electricity and water supplies on a large scale and not just temporarily in winter, the country will find itself in a precarious situation, despite all the successes at the front. The calculus is simple: the more Ukraine’s infrastructure is destroyed, the greater the burden will be on the population, but also on Kyiv’s allies. The country is already unable to support the military, the state or the citizens on its own and is dependent on enormous amounts of aid. They should rise immeasurably.

In addition, Surovikin can bet that Kyiv will run out of soldiers faster than Russia. The fifth wave of mobilization has arrived in Ukraine. If the Kremlin is willing to continue conscripting hundreds of thousands more, Kyiv will not be able to keep up. The prerequisite for this, however, is that the majority of the population is willing to follow the ailing Putin regime.

Russia: Ukrainian prisoners deported – the tactics behind it