Wagner mercenaries apparently kill deserters in front of the camera 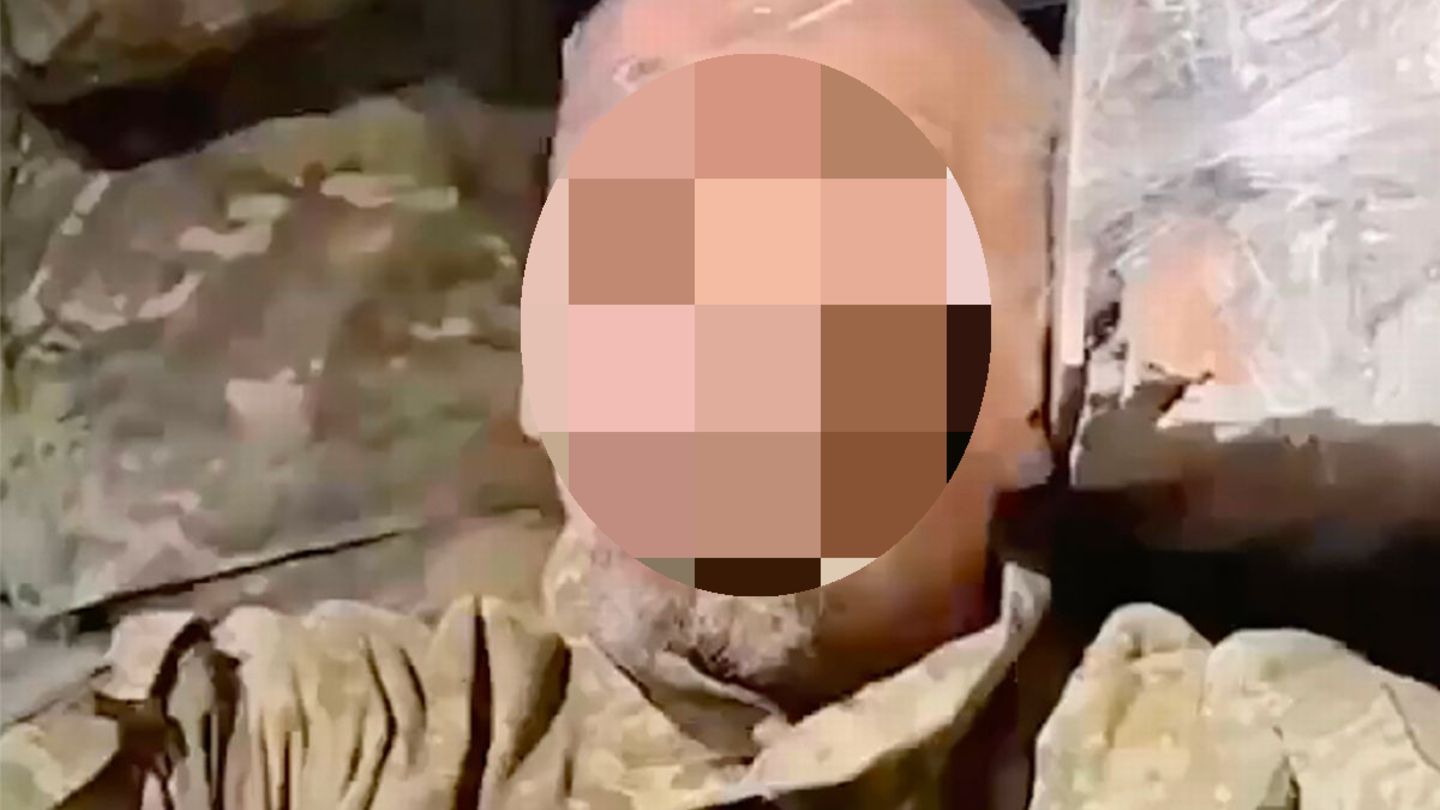 A Russian prisoner who was recruited by the Wagner troops is said to have been murdered by the mercenaries. Yevgeny Prigozhin’s troupe apparently wanted to set an example with the brutal act.

Months ago, the Wagner Group began specifically recruiting prisoners in Russia. They were promised an amnesty along with a good salary if they agreed to fight in Ukraine. One of them deserted, but fell into the hands of the Wagner men again due to unexplained circumstances. His last seconds can now be seen on a video. It shows the man’s head being taped to a large rock. He then confesses his desertion before a Wagner soldier hits him with a hammer. The militants filmed the gruesome killing for their boss, Yevgeny Prigozhin, nicknamed “Putin’s cook.” He said: “It seems to me that this film should be called: ‘A dog dies a dog’s death.'”

With this, Prigozhin is quoting a phrase that the Soviet dictator Stalin was also fond of using. Prigozhin added cynically: “It was an excellent directorial work, which I saw in one breath. I hope that no animals were harmed during the shooting.”

Victim was reportedly sent back

The murdered man called himself Yevgeny Nushin. He served time in prison for murder before agreeing to fight for the Wagner group. Prigozhin often recruited the prisoners himself. He had himself flown in by helicopter and called on the inmates to do their part in defending the fatherland.

Nushin accepted the offer, but reportedly defected to the Ukrainian side in September. The Ukrainian armed forces showed videos with him. In a clip he described the poor conditions that soldiers in the Russian army and the Wagner troops had to endure. This cooperation apparently did not save Nuschin’s life.

Allegedly, the deserter was handed back to Russia as part of a prisoner exchange. It is unclear whether the exchange actually took place and what the reason for it could be. The government in Kyiv has not yet commented on the allegations. What is certain, however, is that Nushin reappeared on the “wrong” side, where he was murdered.

Video of his assassination was apparently released with the intention of deterring those tempted to desert. The Wagner group had already stated in the past that deserters would be executed. In one of their official Telegram channels, the video of the murder was labeled “Hammer of Retribution”. The sledgehammer has recently become the group’s trademark.