Liberation of Cherson: These areas are now within HIMARS range 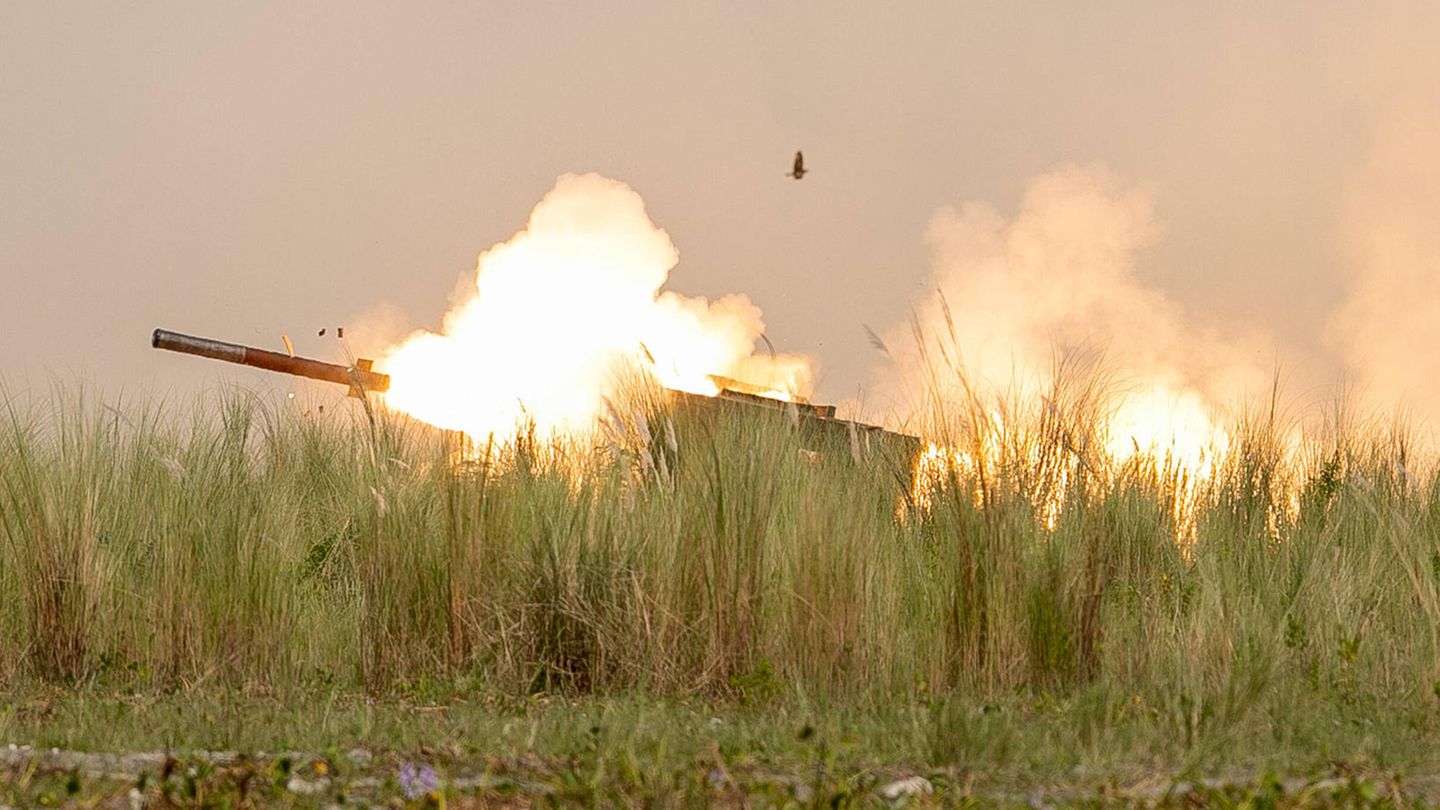 Thanks to US HIMARS missile launchers, Ukrainian forces are able to drive Moscow’s troops off the western bank of the Dnipro. The withdrawal could cost the Kremlin dearly. Because now Russian depots are being targeted further behind the front.

Military experts praise it as a “game changer” in the Ukraine war. We’re talking about the HIMARS rocket launcher system, which Kiev’s armed forces have been using successfully against the Russian invaders since the summer. According to the US think tank Institute for the Study of War (ISW), the weapon played a crucial role in the Ukrainian counter-offensive in the Kherson region. By targeting bridges and depots, Kyiv has managed to disrupt Russian supplies over the past few weeks. Most of the fire attacks happened in the later hours of the day, which is why the term “HIMARS hour” became common in social media.

Supplying the fighting Russian units on the other side of the Dnirpo became more difficult every day. As a consequence, Moscow’s military planners finally had to evacuate the western bank of the Dnipro last week and thus also give up the region’s capital, Kherson. The Russian withdrawal behind the river gives the Ukrainian forces new strategic advantages. Because with a presumed range of around 85 kilometers, Russian command posts, logistics centers and other important military facilities are now also moving far behind the front within range of the HIMARS.

The Ukrainians can theoretically fire on targets near the isthmus north of Crimea from advanced positions near Cherson, as the map created by ntv.de shows. The area around Melitopol is also almost within range of the precision projectiles from western production. According to British intelligence, the city in the Zaporizhia region is an important junction of Russian supply lines, which has become even more important since the Crimean bridge near Kerch was damaged. Melitopol is also the base of strong air units.

The HIMARS (High Mobility Artillery Rocket System) is a lightweight multiple rocket launcher manufactured by Lockheed Martin. The prototype was presented in 1999 and development was completed in 2002. With an unladen weight of 13.5 tons and normal tires, it can reach speeds of up to 95 km/h on the road, depending on the production series. So far, 20 HIMARS are said to have been delivered to the Ukraine. More are to follow.

HIMARS consists of a launcher-loader module and a fire control system, both mounted on a standard 5-ton truck chassis. A special armored cab provides protection for the three occupants operating the system. HIMARS can fire up to six precision-guided missiles simultaneously.

However, the US has decided to only supply missiles with a range of around 85 kilometers to Ukraine. Otherwise, the White House argues, there would be a risk that the Ukrainians could also shell military targets beyond the Russian border. The US government has so far been keen to avoid any semblance of further military escalation of the war.