Turkey: Erdogan’s AKP is campaigning for votes in Germany with letters 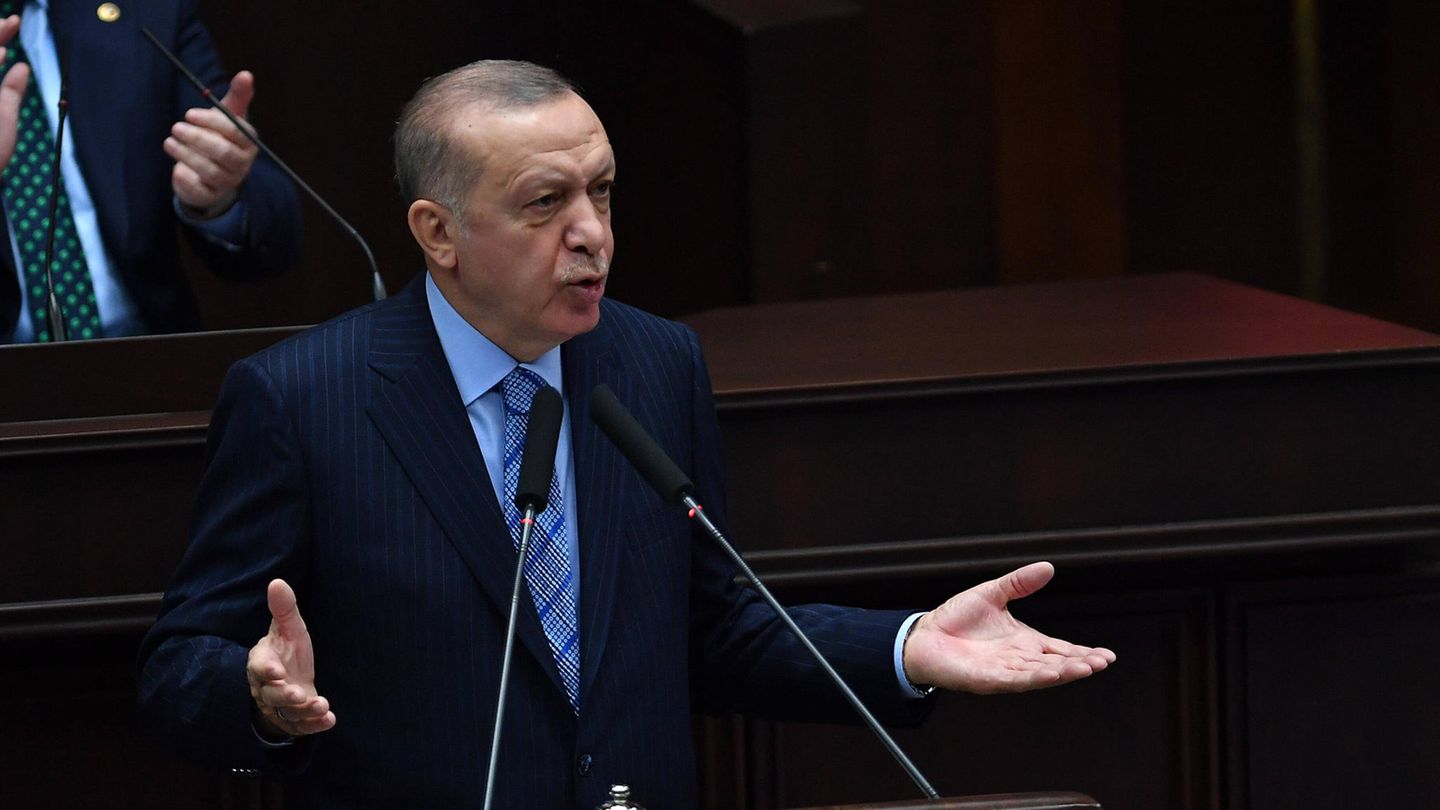 Turkish President Recep Tayyip Erdogan is also campaigning abroad to remain in power in Turkey after the presidential elections. The governing party AKP has an advertising letter distributed in Germany – and is thus campaigning for the votes of the German Turks.

Recep Tayyip Erdogan is seeking re-election in Turkey’s June 2023 parliamentary and presidential elections. In order to get as many votes as possible, his governing party, the AKP, has been distributing advertising letters to mosque communities and Turkish associations in Germany since September.

The letter is available to Die Welt, which reads: “The elections to be held next year are crucial both for the crowning of the 100th anniversary of our republic and for the realization of the vision of 2053. I have full confidence that that you will continue to support the future of our country to the best of your ability.”

Erdogan wants Turkey to become a “logistics superpower” by 2053. The goal is a “Greater Turkey,” which is why the Turkish president has been talking about neo-Ottoman and Pan-Turkist ideas for years. He has a vision of the Ottoman Empire, which will entail the inclusion of areas of Syria, Iraq and Greece.

In his letter, the Turkish President does not fail to mention what he hopes to have achieved during his term of office since 2001. “We have built a Turkey that everyone is proud of, no matter where they live,” he claims. The AKP has appointed “thousands of teachers and religious officials for Turks abroad so that our children can exist in the society in which they live without forgetting their language, religion and culture”. The letter also mentions the establishment of the Yunus Emre Institute and the Maarif Foundation. The educational institutions of the Turkish state are also active in Germany.

And so it seems obvious that Erdogan would also address the 1.5 million Turks living abroad who are eligible to vote. “You, as our citizens living abroad, are an essential element of this blessed march. Wherever a citizen of ours lives, we as a state will stand by you.” His government is “the first Turkish government to prepare an election program for citizens abroad”.

In the past few weeks, AKP MPs have traveled to Germany dozens of times to support the Turkish government’s election campaign and ultimately to campaign for votes. In September, AKP MP Ismail Tamer announced on Twitter that he had “handed over a letter from President Erdogan” to the Ditib mosques in Mönchengladbach and Duisburg. The Islamic associations actually want to give the public the impression that they are independent of the Turkish state.

Not worth the paper? These six national currencies suffer from the highest rates of inflation

The Federal Office for the Protection of the Constitution assumes, however, that the AKP is trying in the election campaign to “bundle the forces of associations in Germany with a large number of members and to coordinate their activities”. The UID lobby group has considerable mobilization potential in Germany, which came to fruition in the constitutional referendum in April 2017 and in the parliamentary and presidential elections in 2018, the “Welt” quoted as saying.