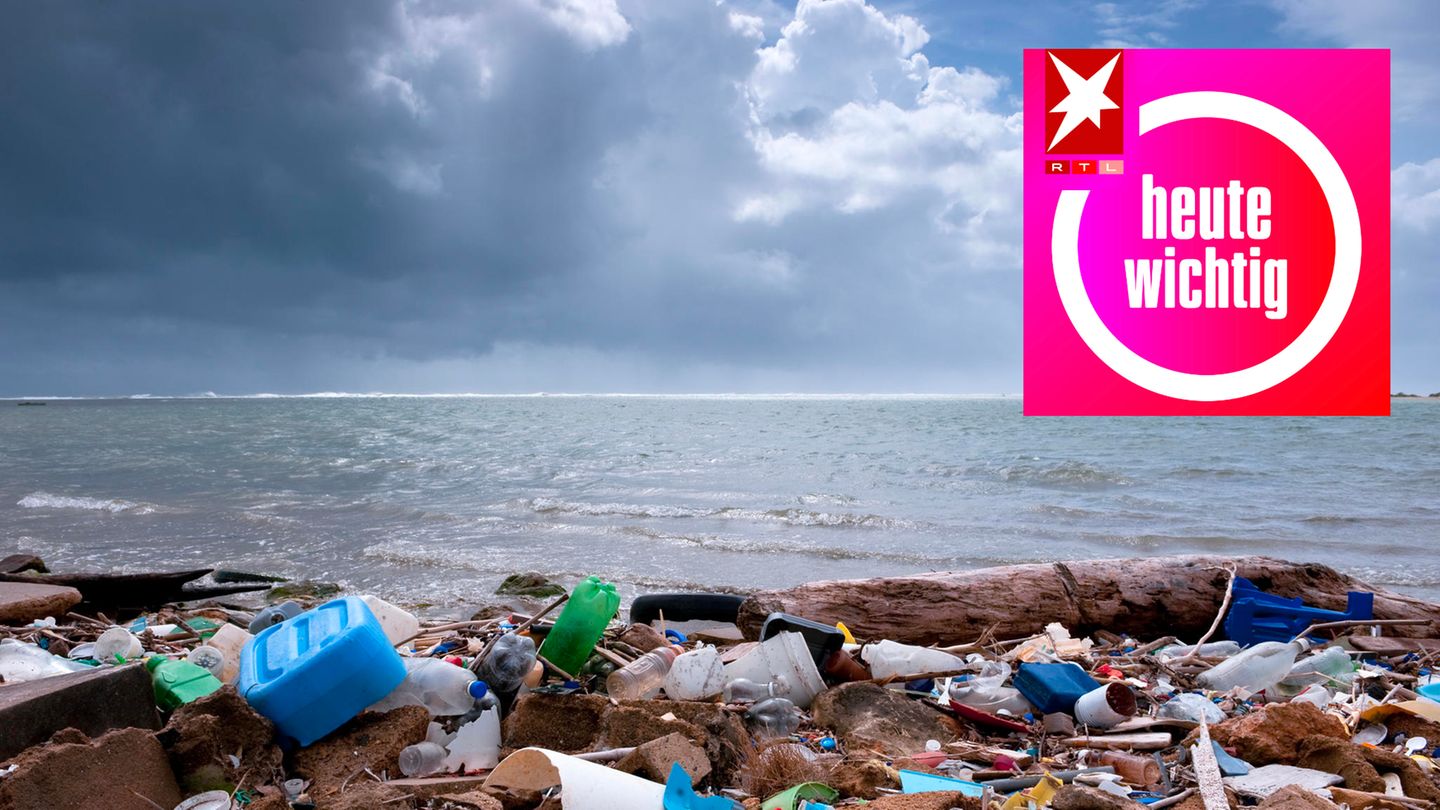 Start-ups keep claiming the Having found a solution to fish plastic waste out of the sea. Only – that’s actually not possible, says Jens Hamprecht, co-founder of the Indonesian “No Trash Triangle” initiative.

While the heads of government of the 20 leading industrial nations debated the world’s crises in Bali, they were surrounded by beautiful beaches – where tons of plastic bottles, cups and packaging piled up. Indonesia is considered the second-biggest cause of the plastic crisis in the oceans. “We have around eight million tons of plastic waste that get into the sea every year and the well-known forecast that there will be more plastic waste than fish in 2050,” says Jens Hamprecht in the 406th episode “important today”.

200 tons of garbage per year

It was an article in star, which brought Jens Hamprecht to his commitment to the oceans. There he came across a project that aimed to collect and recycle plastic in Indonesia. When he decided to support the concept of the German engineer Dirk Lindenau, Jens Hamprecht had to realize: “There wasn’t much time because a few weeks after our first meeting it turned out that he was seriously ill with cancer.” Dirk Lindenau died of his illness and Jens Hamprecht continued the project afterwards. Today, the “No Trash Triangle” initiative collects up to 200 tons from the sea every year.

But what is really necessary is an expansion of the waste infrastructure, says Hamprecht in the podcast. The critical question is financing: “We cannot leave the developing countries alone here.” In his opinion, a concept like the “Green Dot” is needed in Germany. This means that the manufacturers of the products pay a levy to fund waste collection and recycling. “We have to increase the recycling rates significantly,” he demands. This doesn’t only apply to countries like Indonesia, Germany also needs a boost in investment in this direction: “We used to be pioneers with the Green Dot concept, but we’re not anymore.”

Just fish plastic waste out of the sea?

Politically, investments in new technologies and punitive tariffs on plastic waste that is not recycled are helping. And yet you have to keep asking where single-use plastics are really needed, says Hamprecht. Because that would be the biggest problem and you have to start at the source. Jens Hamprecht believes that simply fishing out the plastic that is already floating in the sea, which start-ups like “The Ocean Cleanup” are propagating, is a mistake: “It’s not possible from a purely physical point of view. After three months at the latest, most of it sinks to the sea floor. ” In his opinion, a river barrier makes much more sense than collecting in the open ocean, and collecting in households makes even more sense than the river barrier: “When the water overflows in the bathtub, the first thing you do is go to the river source to go.”

Sure, opinionated, on the 12: “today important” is not just a news podcast. We set topics and initiate debates – with attitude and sometimes uncomfortable. Host Michel Abdollahi and his team speak out for this star– and RTL reporters with the most exciting people from politics, society and entertainment. They let all voices have their say, both the quiet and the loud. Anyone who hears “important today” starts the day well informed and can have a well-founded say.