After the Midterms: Democrats lose majority in House of Representatives 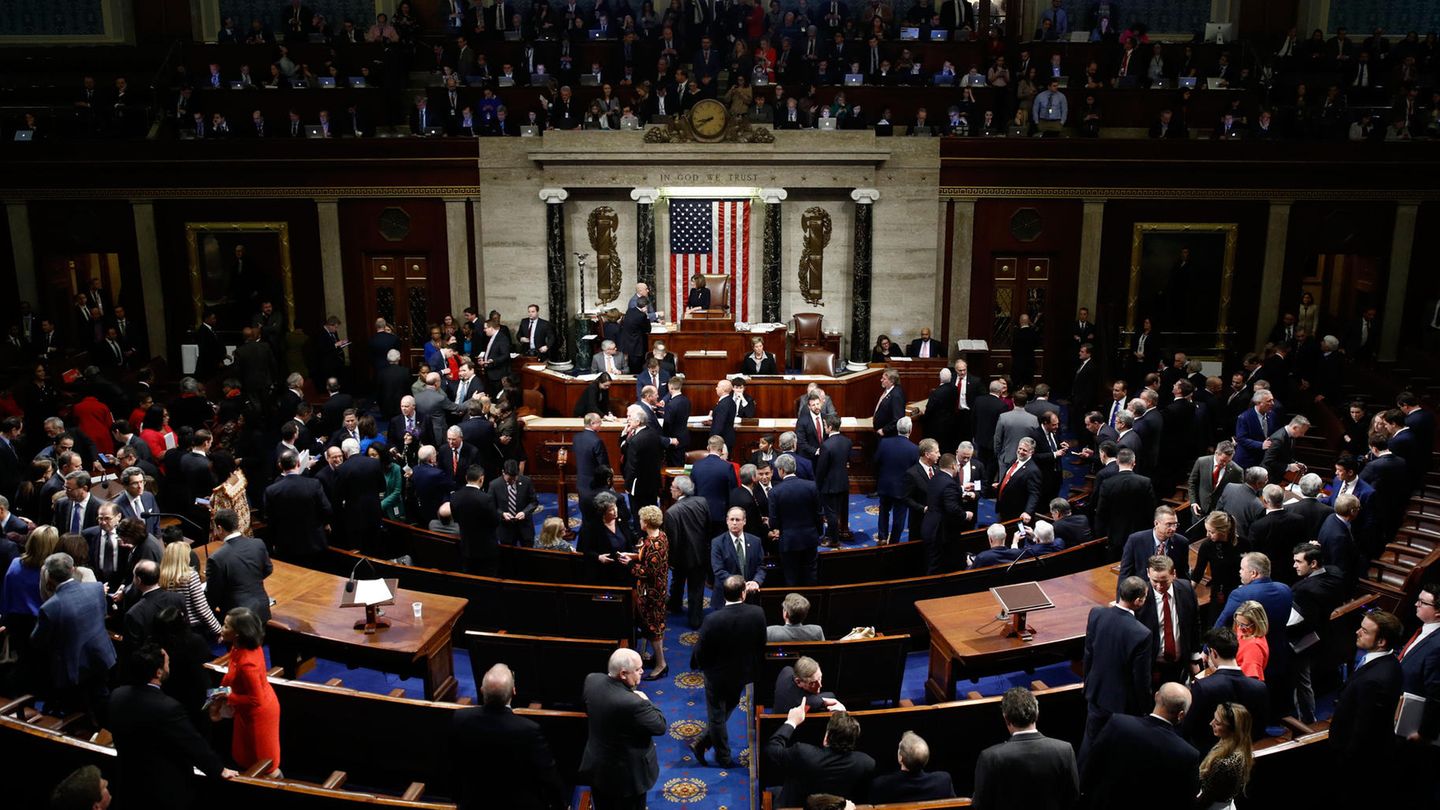 The wave of success for the Republicans did not materialize in the US midterm elections. But the predicted democratic debacle did not materialize either. They still lose control of the House of Representatives. And yet they remain a strong voice there.

US President Joe Biden will face opposition from Congress in the second half of his term. The Republicans won a narrow majority in the House of Representatives, as US television stations and the AP news agency reported on Thursday night based on counted votes and forecasts. This allows them to block legislative initiatives from the White House and investigate Biden and his policies.

At the same time, in last week’s midterm elections, Americans in many cases preferred Democrats, especially to the radical Republicans supported by ex-President Donald Trump. Contrary to expectations, the Democrats retained control of the Senate and even have a chance to expand their majority there. And in the House of Representatives, the Republicans will be just above the required majority of 218 votes, instead of the overwhelming victory they had hoped for.

The Democrats now have 210 seats. There are only seven seats left. The narrow lead makes it harder for outgoing Republican minority leader Kevin McCarthy to pick up voting victories. For initiatives, he needs the voices of both moderate Republicans and right-wing Trump loyalists. It is still unclear how Trump’s announcement that he is running for a second term will affect the dynamic among Republicans.

Will there soon be a Republican at the head of the House of Representatives?

In a letter of congratulations to McCarthy, Biden said he was willing to work with House Republicans “to get results for working families.” The election demonstrated that people rejected political violence and Trump’s claims of a stolen election victory.

McCarthy was confirmed as the Republican leader in the chamber this week. He only got 188 votes, while 31 Republicans voted for right-wing challenger Andy Biggs. McCarthy needs a majority in the entire House of Representatives to replace Democrat Nancy Pelosi in January.

A Republican standoff could have unusual consequences. Republican Rep. Don Bacon said he would then be willing to work with Democrats to elect a moderate Republican to chair the chamber. The post is number three in the political hierarchy in the US after the presidential and vice-presidential offices.

Republicans and Democrats will block each other

McCarthy stressed that with the victory in Congress, the time when only one party ruled in Washington is over. “We fired Nancy Pelosi.” Pelosi stressed that Democrats would continue to wield a lot of influence alongside a “slender majority” of Republicans. Whether the 82-year-old wants to continue to lead the Democrats in the minority is an open question. Her husband Paul Pelosi was seriously injured in an attack on the couple’s San Francisco home a few weeks ago and she said it will influence decisions about her political future.

With a majority in the US Senate, Democrats can stop initiatives by Republicans from the House of Representatives there. However, the Republicans have also threatened to launch various parliamentary investigations against Democrats: for example into the situation on the border with Mexico, the FBI search of former Republican President Donald Trump or the dealings of Biden’s son Hunter. They could also possibly start impeachment proceedings against members of the cabinet. In doing so, they can make life difficult for Biden and his government in the next two years.

And the House of Representatives carries particular weight on budget issues. Republicans threatened to block an increase in the debt ceiling or financial aid for Ukraine. Observers only see this as a means of wresting concessions from the Democrats elsewhere. However, it is likely to become more difficult for Biden to push through projects that are usually decided across parties.

There was no success for Republicans – just like a democratic debacle

During the midterm elections in the middle of a US President’s term in office, his party usually gets a reminder. The president himself is not up for election, but the vote is considered a kind of referendum on his policies. In terms of domestic policy, Biden had recently added to inflation in the country, among other things – rising fuel prices in particular caused dissatisfaction. And even before that, Biden had to struggle with dramatically poor poll numbers.

Before the election, a wave of success was predicted for the Republicans and a debacle for the Democrats. But neither happened. Control of the Senate is important to Democrats because federal appointments—such as ambassadors, cabinet members, and federal judges—are confirmed there.