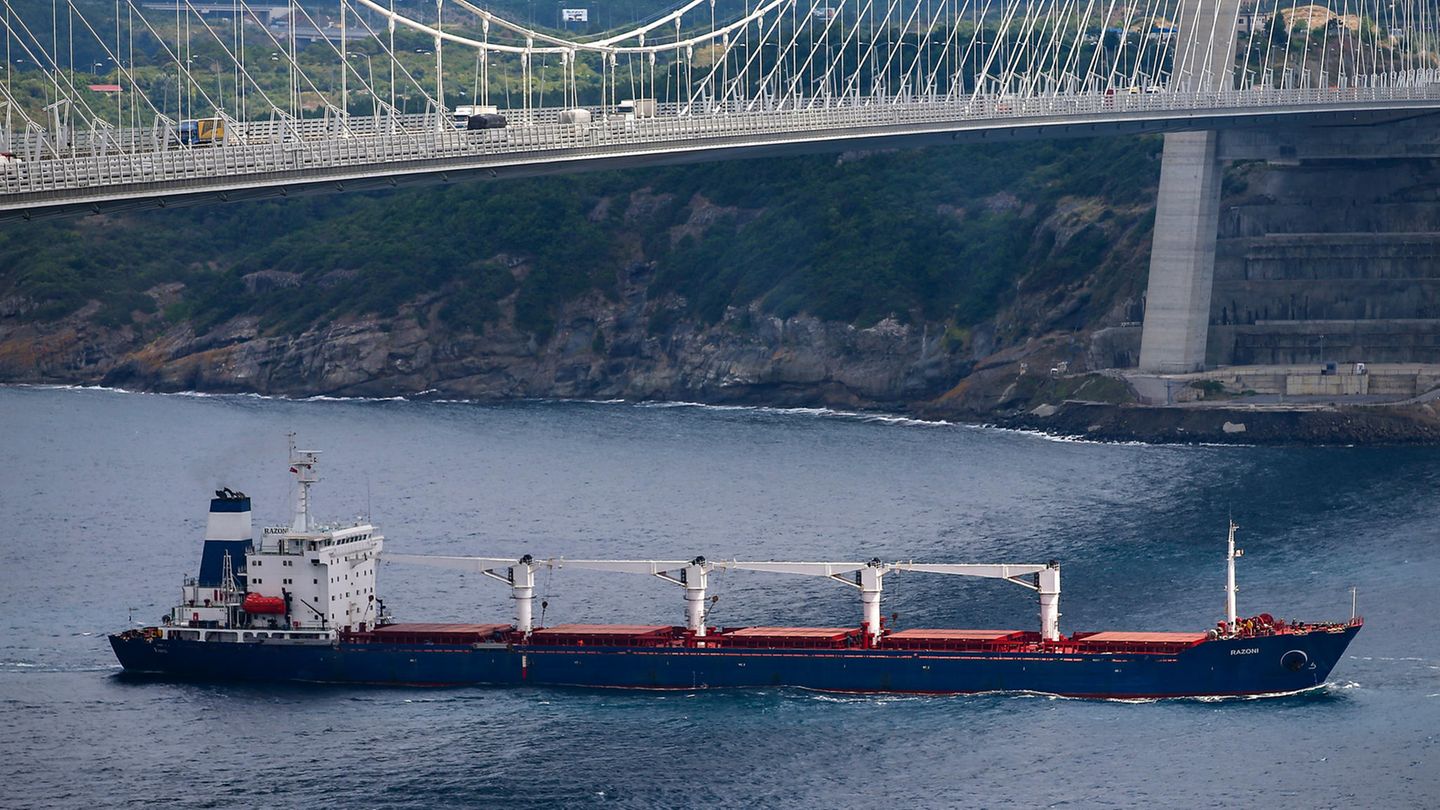 Social networks claim that Ukraine is using grain ships to smuggle weapons. Can that be true? A fact check.

Some are trying to discredit the recently extended grain agreement between Ukraine, Russia, Turkey and the United Nations by whispering about alleged arms deliveries on ships.

claim: Grain ships are used for arms deliveries to Ukraine.

valuation: Without any evidence.

facts: In July, Turkey and the United Nations mediated months of blockades on Ukraine’s grain exports as a result of Russia’s war of aggression. They concluded an agreement with Ukraine and Russia that would allow the grain to be transported across the Black Sea. It was extended on Thursday. This means that exports from the Ukrainian ports are possible for at least another four months.

A Joint Coordination Center (JCC) was set up in Istanbul to prevent unauthorized cargo or personnel from entering Ukraine by ship. There are representatives from all parties involved: from Ukraine, from Russia, from Turkey and from the United Nations. It organizes the controls in Istanbul before the journey across the Black Sea towards Ukraine and on the way back when the grain is transported away.

According to the agreement, the JCC also technically monitors the specified routes of the ships during the journey across the Black Sea. The ships are therefore not allowed to come too close to other ships or call at other ports. “The JCC monitors the movements of the ships, and if it observes deviations from the corridor, it contacts the captain and requests a course correction. All ships have responded to these requests,” said a spokeswoman for the joint coordination center at the request of the German Press Agency. The search teams have so far found no unauthorized crew or cargo on board the participating vessels.

A photo circulating on social media as alleged evidence of arms smuggling has nothing to do with the grain deal. It was written on February 11, 2022, before Russia attacked Ukraine. It shows Ukrainian soldiers receiving anti-tank missiles supplied by the US as military aid. An AP photographer took the picture at Boryspil Airport near Kyiv.

Press review on Reich citizen raids: “Absolutely correct that the Office for the Protection of the Constitution is targeting the AfD”