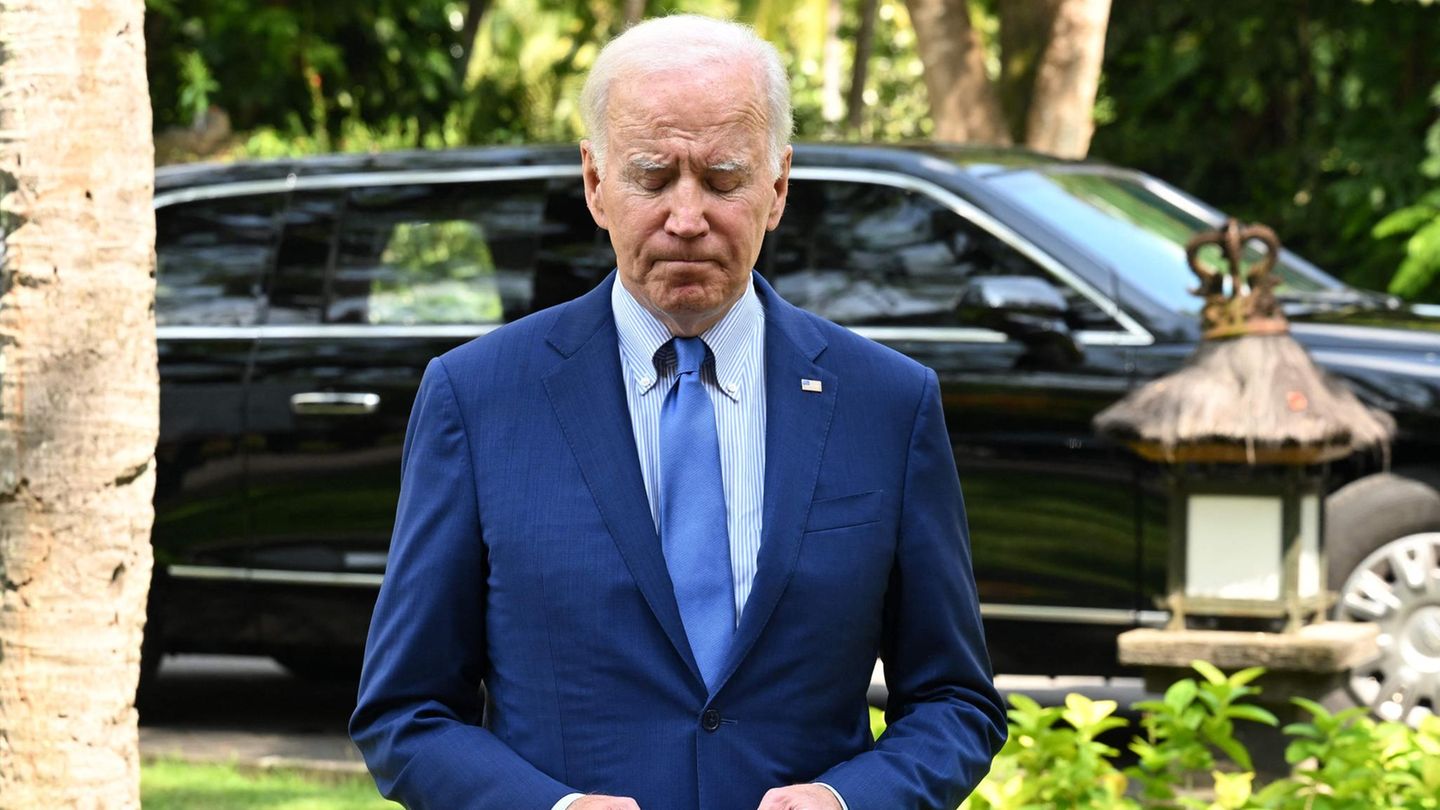 Uncomfortable times are coming for US President Joe Biden. Republicans are planning an investigation into his son Hunter Biden’s foreign dealings. And otherwise, Biden’s political life could become more complicated.

After losing the Democratic majority in the House of Representatives, US President Joe Biden faces an uncomfortable second half of his term. The Republicans won a narrow majority in the Chamber of Congress, as reported by US television stations and the AP news agency on Thursday night based on counted votes and forecasts. Only hours later, the Republicans announced that they would use their new power for parliamentary investigations into Biden – as threatened before the election. They can also block legislative initiatives from the White House at will for the next two years.

In the House of Representatives, the Republicans won only a very narrow majority instead of the overwhelming victory they had hoped for. For the time being they came there to the necessary number of 218 seats. But there are only seven races left in the chamber. The Democrats currently have 210 seats. The narrow lead will make it harder for outgoing Republican minority leader Kevin McCarthy to keep his ranks together. For this he needs the votes of both moderate Republicans and right-wing Trump supporters.

In a congratulatory letter to McCarthy, Biden said he was willing to work with Republicans in the House “to get results for working families.”

Is Biden stumbling over his son’s business?

The Republicans, on the other hand, responded by declaring war on Biden and immediately presented plans for parliamentary investigations into the president. Republican lawmakers claimed Thursday that Biden’s knowledge and involvement enabled his family to enrich themselves through questionable international deals. Joe Biden stated that he had no knowledge of these deals, MP James Comer said. That was a lie.

Business was mostly run by Biden’s son Hunter, including in China, Comer said. According to whistleblowers, however, Joe Biden was involved. “This is an investigation into Joe Biden,” he said. The question at stake is whether the president has been compromised by foreign money and whether he poses a threat to national security. “This investigation will be a top priority.” The investigation will also seek testimony from Hunter and other family members.

Biden’s son Hunter’s foreign dealings had made headlines in the past and given Republicans political attacks on Joe Biden. Hunter Biden has been the target of tax investigators in recent years: According to the US media, an investigation was carried out into whether he and his partners had violated tax and money laundering laws in foreign transactions, especially in China. Business in Ukraine also raised questions: Between 2014 and 2019, Hunter Biden held a lucrative post on the board of directors of the Ukrainian gas company Burisma, while Joe Biden, as US Vice President, was responsible for Ukraine. Republicans are now targeting the president himself.

They have also threatened parliamentary investigations on other issues, such as the Biden government’s migration policy or the Justice Department’s actions against ex-President Trump. They could also possibly start impeachment proceedings against members of the cabinet. With all of that, they can make life difficult for Biden and his administration for the next two years.

With their new strength in the House of Representatives, the Republicans will also be able to block legislative projects at will in the future. Both chambers of Congress are involved in the legislative process. The House of Representatives is particularly important when it comes to budget issues. Republicans have threatened to block a debt ceiling hike or financial aid to Ukraine. Observers only see this as a means of wresting concessions from the Democrats elsewhere. However, it is likely to become more difficult for Biden to push through projects that are usually decided across parties.

However, with his Senate Democrats winning, Biden still has the opportunity to push nominations forward. Important personal details at the federal level – such as ambassadors, cabinet members or federal judges – must be confirmed there. In addition, the Democrats in the Senate can, in turn, block legislative initiatives that the Republicans in the House of Representatives are introducing.