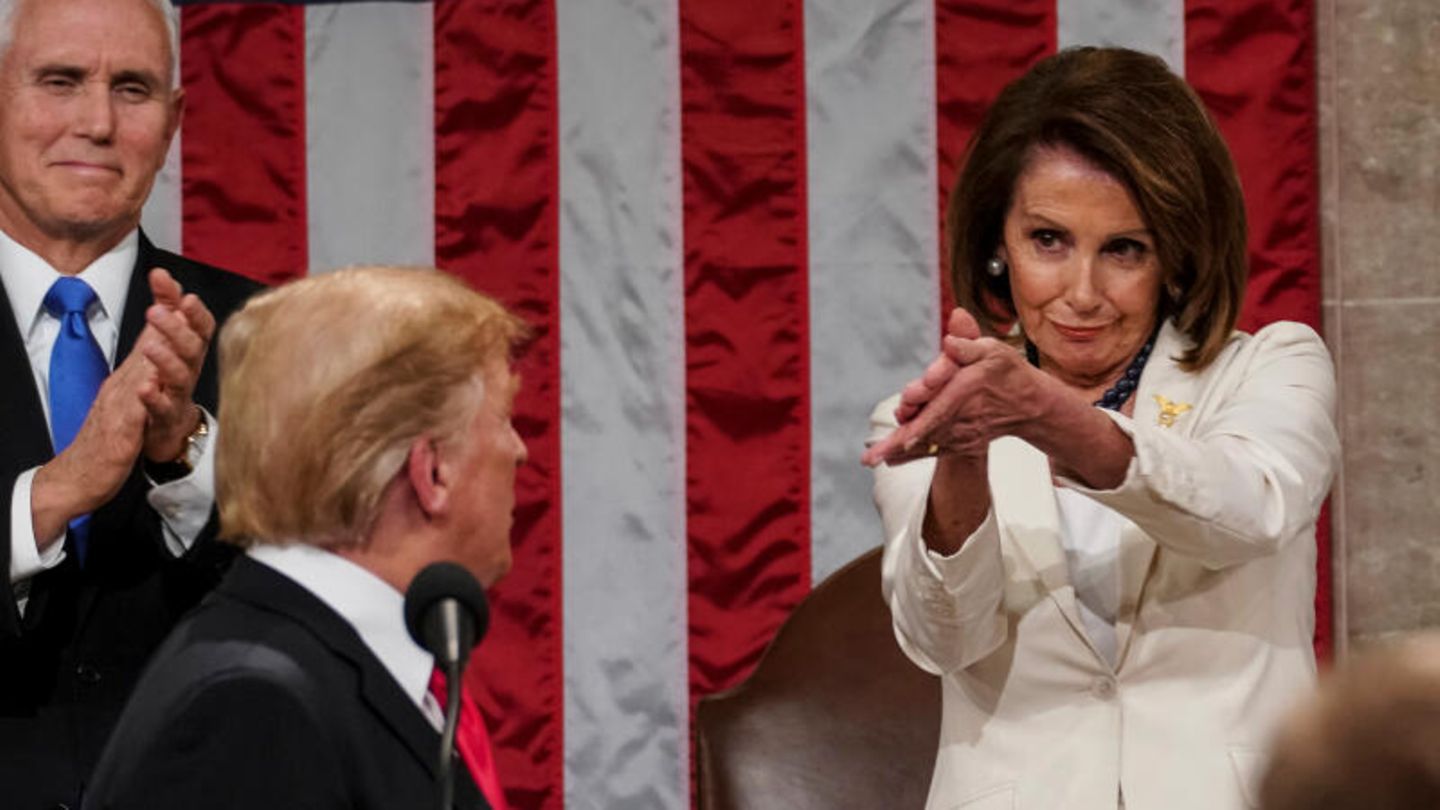 Things got emotional in the House of Representatives in Washington, DC, as Nancy Pelosi — longtime leader of the Democrats and chair of the chamber — announced her departure on Thursday. “For me, the time has come for a new generation to lead the Democratic faction that I respect so much,” Pelosi said, while some of her colleagues wiped tears from their eyes. The 82-year-old explained that she will not stand for re-election for a management position, but will remain a member of parliament.

US President Joe Biden hailed Pelosi as “the most important House Speaker in history”. As the first woman to head the Congress Chamber, she made history and has always served as a “staunch defender of democracy,” Biden said. Pelosi was elected Speaker of the House in 2007 – the third highest political office in the country – which she has held for the second time since 2019.

This is now over after the midterms. In last week’s congressional elections, the Democrats lost their majority in the House of Representatives and must hand over the presidency to the Republicans.

Representative Hakeem Jeffries is considered the most likely successor to Pelosi at the head of the Democratic faction. Another historic candidate – because the 52-year-old would be the first African American to lead either party in a chamber of Congress. Jeffries honored Pelosi as the “GOAT” (Greatest Of All Time) via Twitter and wrote: “Thank you for everything you’ve done for America.”

Pelosi has long been recognized as one of the most powerful women in America. The politician with Italian roots, whose constituency is in San Francisco, California, has been a member of the House of Representatives since 1987. In 2003 she took over the leadership of the Democrats, and between 2007 and 2011 she headed the chamber for the first time.

As an outstanding tactician, she led the Democratic faction with great skill and balanced the different wings. Her perseverance, tenacity and tireless search for pragmatic solutions earned her respect on both sides of the Chamber. When President Barack Obama signed the US health care reform bill into law in 2010, designed to ensure all Americans had access to affordable medical care, the first thing he did was thank Nancy Pelosi. It is largely thanks to her perseverance, her tenacity and her tireless search for pragmatic solutions that this project of the century actually came true.

When Donald Trump moved into the White House, Pelosi became his most important domestic political adversary. Under her chairmanship, the Chamber of Deputies initiated two impeachment proceedings against Trump. After Trump’s State of the Union speech in Congress, she demonstratively tore up a copy of the text of the speech – the picture made the headlines.

But not only since then has she been a hate figure for many right-wingers, who see Pelosi as the incarnation of a aloof left-wing elite. In dozens of election commercials she has already been targeted – in the truest sense of the word –, Trump spread the nickname “Crazy Nancy” and the Democrat was even proclaimed a hunting trophy during the storming of the Capitol.

Where the hatred can lead was evident in the brutal attack on Pelosi’s husband Paul at the couple’s home in late October. The attacker, who seriously injured the 82-year-old with a hammer, was targeting Nancy Pelosi. As on January 6, she was lucky not to be in the wrong place at the right time.