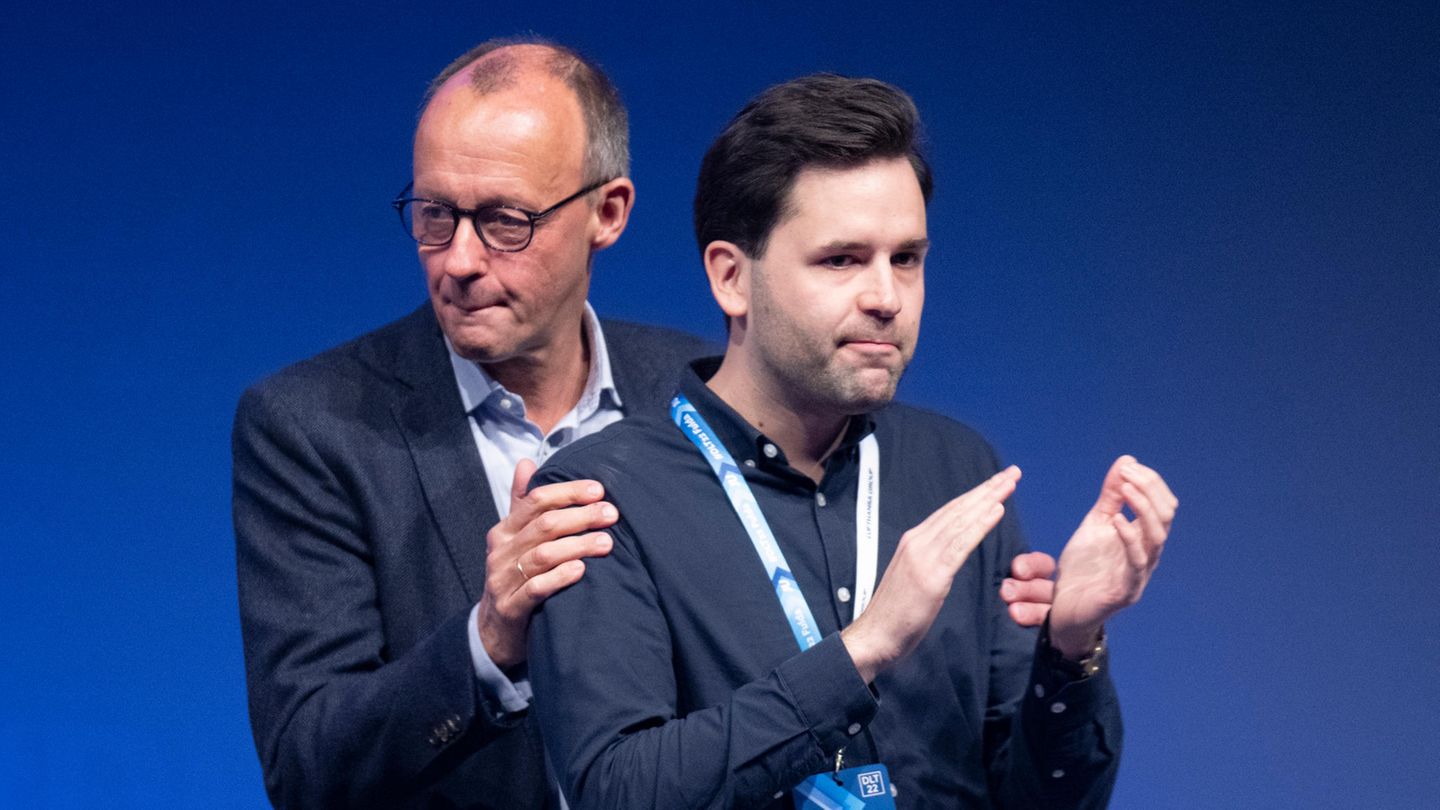 The Junge Union has elected a new chairman: Tilman Kuban is succeeded by Johannes Winkel. The new boss would like more substantive impulses from the party’s junior staff. If only it were that easy.

The result had hardly been announced when the confetti cannon banged in the hall on the right. The NRW curve at the Deutschlandtag of the Junge Union celebrates the new chairman, its chairman. Johannes Winkel, 31 years old, lawyer from South Westphalia, elected with 86 percent.

A decent result, no question, albeit without opponents. And yet the bang and the rain of snippets don’t really fit the tone that the new head of Germany’s largest political youth organization struck shortly before. Of course, with the Junge Union, politics always involves a party. The early beer for Germany Day. And a bit of a riot for criticism of the SPD and the Greens.