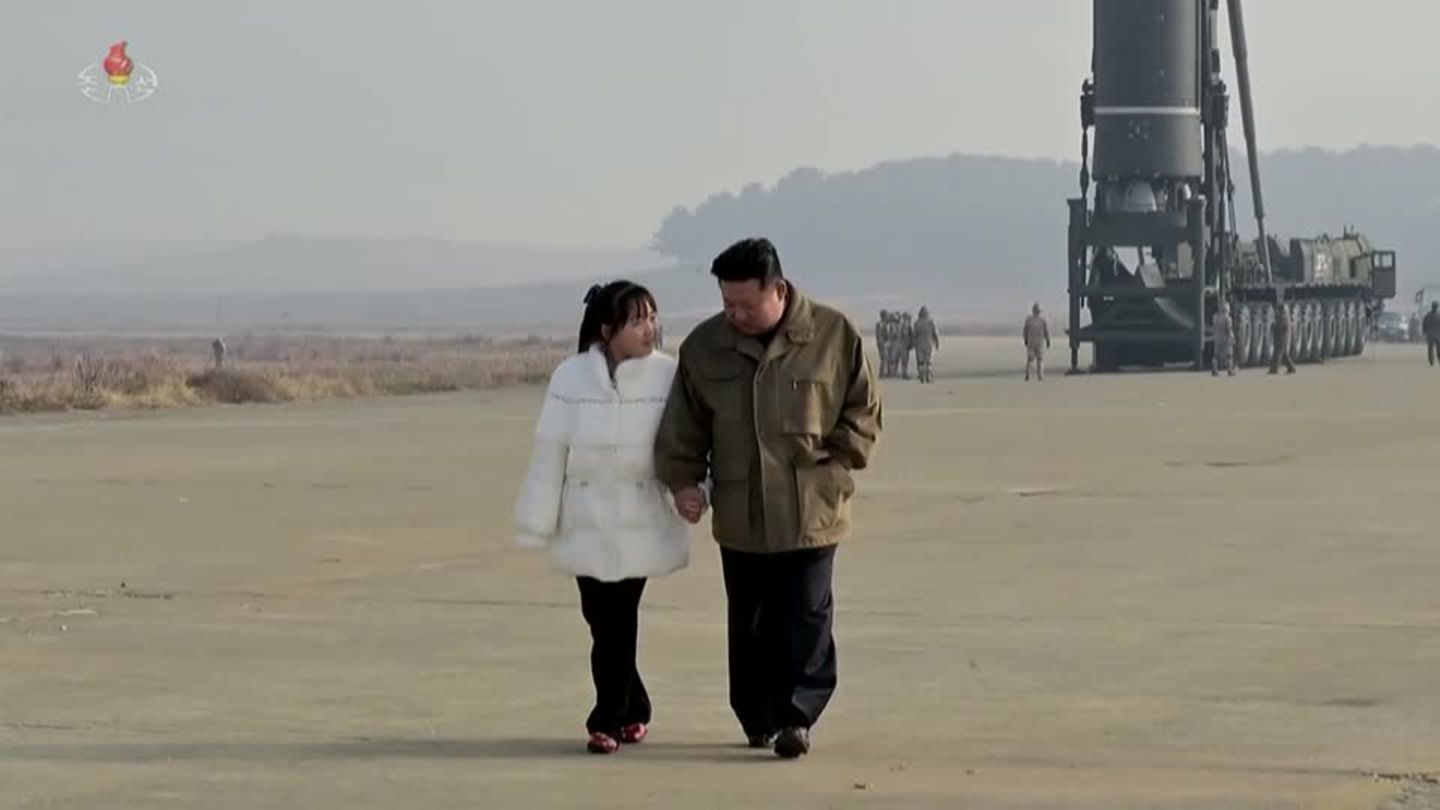 STORY: A missile test as a family outing – North Korea’s ruler Kim Jong Un presented his daughter to the world public for the first time. Korean state media on Saturday showed photos of the two, which state news agency KCNA reported were taken during the launch of an ICBM on Friday. Kim’s wife was also present at the appointment. Kim saw the internationally criticized test as proof that his country could ward off any nuclear threat. Kim said foreign powers are forcing North Korea to expand its nuclear deterrent, KCNA reported. Any attack on North Korea will lead to the destruction of the attackers. Kim called for the development of more strategic weapons and training in the use of nuclear weapons. Yang Moo-Jin, a professor of North Korean studies in the South Korean capital of Soul, said the test was intended to make up for a failed Nov. 3 launch. “It was intended to show that the Hwasong-17 missile had been technically improved. In terms of military strategy, too, it was intended to prove that the leadership, with a view to the expanded deterrence policy of South Korea, the USA and Japan, would not follow up empty words, but real deeds.” According to the political scientist, the father-daughter pictures should also underpin Kim’s claim to power. “It seemed like he wanted to portray his family as good and stable and to show himself as a leader for normal people. At the same time, she was portrayed as a member of the so-called ‘Paektu bloodline’ who cannot be replaced by others. I think , all of that was intentional in those scenes.” The rocket flew a good 1,000 kilometers on Friday and crashed into the sea almost 200 kilometers off the coast of Japan. According to Japan’s Defense Minister Yasukazu Hamada, it could fly up to 15,000 km, enough to reach the mainland United States. South Korean and US units launched a joint airborne military exercise in response to Friday’s test. The United Nations Security Council has put the test on the agenda for next Monday’s session.