Results of the UN climate conference: The COP27 agreed on this 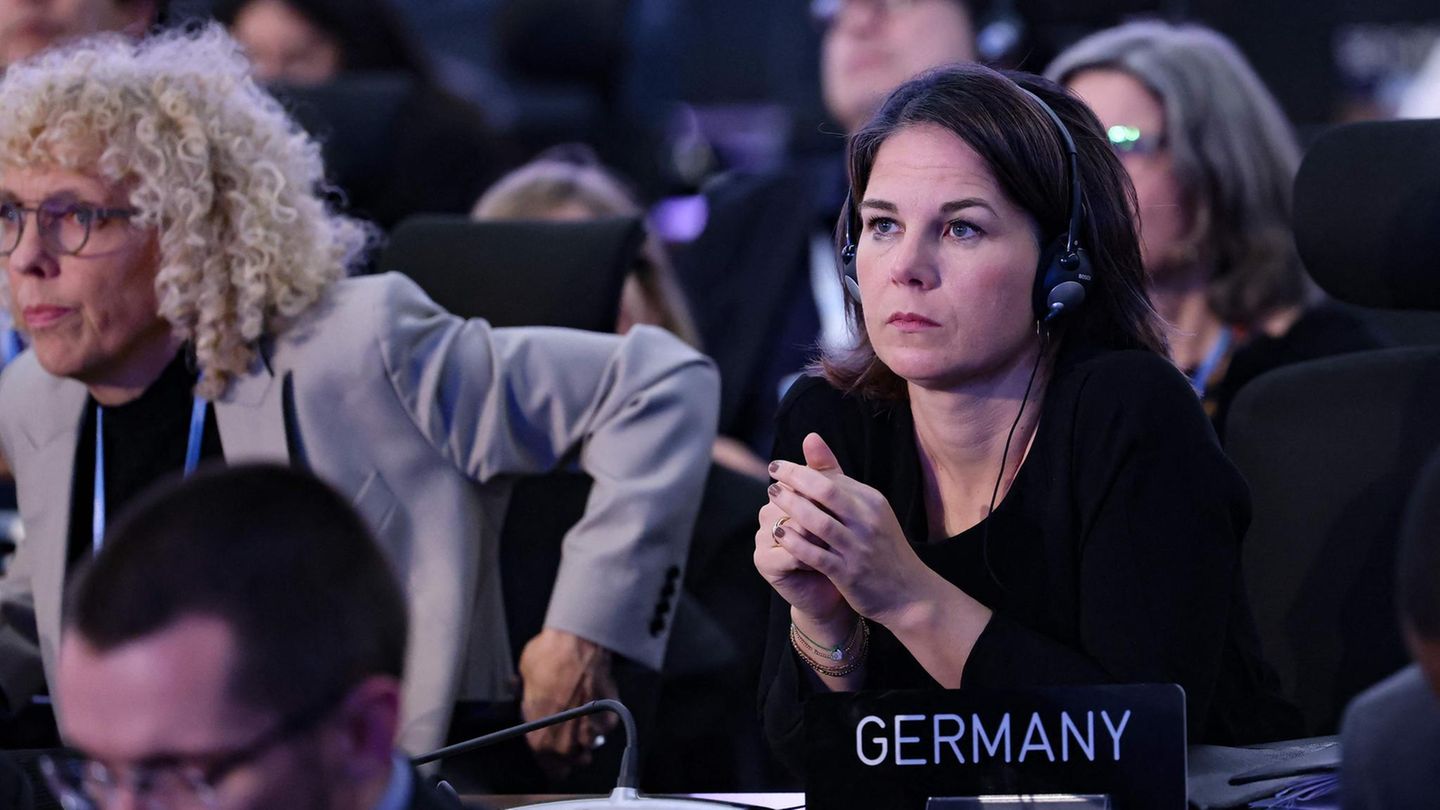 Poorer countries have been demanding money for climate damage for three decades. Now the world community has decided on a pot for it. Foreign Minister Baerbock praises a “new chapter in climate policy” – but there is a lot of frustration when it comes to containing the crisis.

It is a breakthrough after decades of debate: the world climate conference has agreed for the first time on a common pot of money to compensate for climate damage in poorer countries. In their final statement early Sunday morning, the roughly 200 states also reaffirmed their earlier decision to phase out coal. A farewell to oil and gas is not mentioned.

The declaration thus falls short of the demands of many states, climate activists and experts who see an end to dependence on dirty energy sources as imperative.

The new equalization fund is intended to cushion the inevitable consequences of global warming – such as increasingly frequent droughts, floods and storms, but also rising sea levels and desertification. The issue was the main point of contention throughout the two-week conference in Sharm el-Sheikh, which was extended by more than 36 hours.

The decision does not mention any sums for the new fund or who exactly should pay in. This will be clarified later. Developing countries that are particularly at risk are to be favoured.

In the final declaration, the states are also asked to submit their largely inadequate climate protection plans by the next climate conference at the latest to touch up. This will take place in the United Arab Emirates at the end of 2023. The improvements remain voluntary, there is no obligation.

The conference, to which around 34,000 participants traveled to the Red Sea, went into overtime on Friday evening. In the night of Saturday, after sluggish and sometimes chaotic processes in negotiating circles, unrest broke out. After tough deliberations, the breakthrough finally followed early on Sunday morning.

The US initially blocked the new compensation fund, while the group of more than 130 developing countries known as the G77 built pressure together with China. After initial reluctance, the European Union finally changed its mind.

UN Secretary-General António Guterres called the new climate damage fund an important step towards justice. “Certainly that is not enough, but it is an urgently needed signal to rebuild lost trust.” Foreign Minister Annalena Baerbock (Greens) said: “We are opening a new chapter in climate policy.”

One of the controversial aspects of the issue is China’s role. The country, which occupies first place in the emission of climate-damaging emissions, wants to continue to be treated as a developing country in international climate protection. This was stipulated in the Kyoto Protocol 30 years ago. Western countries no longer want to classify the country as a recipient country because of its economic power and its role as the largest emitter of greenhouse gases. China’s negotiator Xie Zhenhua said developing countries should get the money but gave priority to “vulnerable states”.

With the urgent need to contain global warming, environmental organizations give the conference insufficient testimonials. The “depressing result” does not go beyond last year’s climate conference, criticized climate expert Jan Kowalzig from Oxfam. It was not even possible to put a clear focus on the expansion of renewable energies – which was mainly due to the resistance of Saudi Arabia.

Baerbock complained: “It is more than frustrating that due to the blockade by some large emitters and oil-producing countries, overdue steps to reduce and phase out fossil fuels were prevented.” EU Vice-Commissioner Frans Timmermans also criticized the final declaration as “not enough as a step forward for people and the planet”.

In 2015, the international community agreed in Paris to limit warming to 1.5 degrees compared to pre-industrial times. The world has now warmed up by a good 1.1 degrees, Germany even more. According to scientific warnings, exceeding the 1.5-degree mark significantly increases the risk of triggering so-called tipping elements in the climate system and thus uncontrollable chain reactions.

The executive director of Greenpeace Germany, Martin Kaiser, praised the decision to make compensation payments, but warned: “Now those who caused the climate crisis must take their responsibility and fill the new aid pot properly.” However, the fact that the industrialized countries have owed the developing countries the promised aid payments for years has paid off.

Actually, the latter should be supported with 100 billion US dollars annually. The fact that this did not happen triggered understandable distrust, according to Kaiser. “If the United States in particular had paid their bills, the G7 would have been in a better negotiating position to oblige China and other emerging countries to pay into the fund right now. At the end of this climate conference, there will be a small band-aid on a huge gaping wound.”

Naturalization: This is how the press comments on the traffic light plans for the German passport