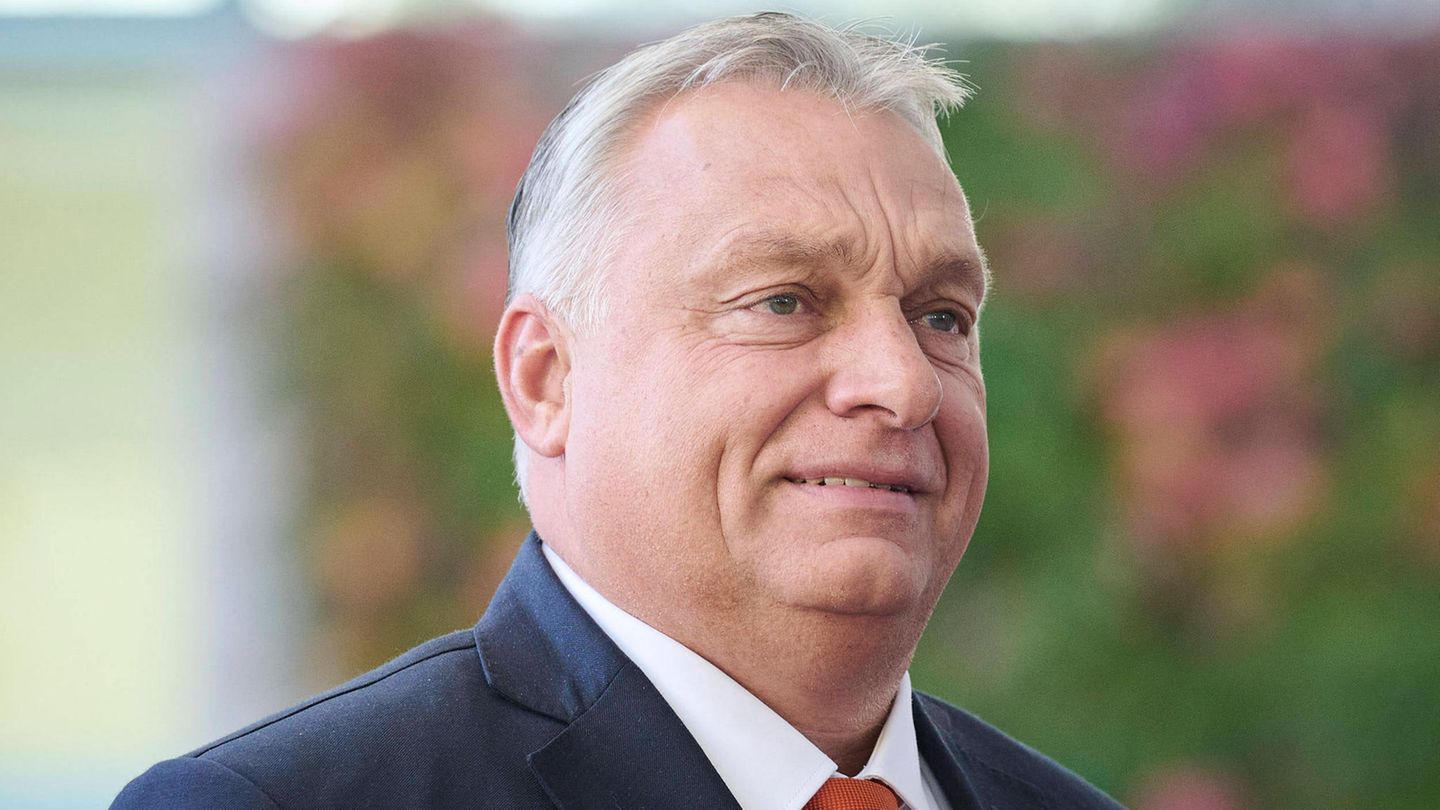 Hungarian Prime Minister Viktor Orban showed up wearing a questionable scarf at a football match. This shows Hungary with former borders. It is not the first time that Orban has attracted attention with revisionism.

The shawl of contention is in the Hungarian national colors of red, white and green and shows the country’s historical, long outdated borders, which appear revisionist and provocative from today’s perspective. Especially when the current Prime Minister of Hungary, Viktor Orban, wears them. He has attracted attention several times with Great Hungarian fantasies.

The current example is from a football match on Sunday when Hungary beat Greece 2-1. Orban shared a photo on Instagram on Monday showing him after the game. In the short video, longtime international Balázs Dzsudzsák, who ended his career with the team with the game, presents him with a jersey.

But it’s another piece of clothing that has taken center stage in this shot and has been talked about ever since: it’s the scarf that Orban is wearing. The Hungary seen on it also includes parts of present-day Croatia, Austria, Romania, Serbia, as well as Slovakia and Ukraine.

In a comment alongside the Instagram video, someone wrote: “Mr Orban, wrong map. Please refer to the Treaty of Trianon as a reminder of your country’s actual borders.” There were a few likes for that. The Treaty of Trianon is over 100 years old and was signed on June 4, 1920. At that time, Hungary had to cede around two-thirds of its territory to newly founded nation states. The population fell from 21 million to eight million. The time of the powerful dual monarchy of Austria-Hungary also came to an end with the end of the First World War.

As the MDR reports, Orban described the contract as a “death sentence”. In 2010, his government introduced a Trianon commemoration day. There was also massive criticism of the “monument to national unity” that was built in Budapest to mark 100 years of the Trianon Treaty. The 100 meter long ramp is intended to commemorate the former greatness of Hungary. Names of places are engraved on it that were still Hungarian before the contract was signed. In a contribution to this, the MDR quoted the Hungarian cultural scientist Magdalena Marsovszky, who sees the monument as an expression of a nationalist-racist idea of ​​the nation.

Orban’s scarf is not an isolated case. In the past, the Prime Minister has repeatedly shared maps of a larger Hungary on social media, for example in spring 2020. At that time, the heads of state of neighboring countries got involved. In response, Croatian President Zoran Milanovic called for comparable maps of Croatia not to be shared, reports Balkan Insight, particularly because they “irritate our neighbors endlessly.”

The Romanian Prime Minister Ludovic Orban reacted with humor to the provocation of his namesake from Hungary. With the Romanian proverb: “The sparrow dreams of dough”.