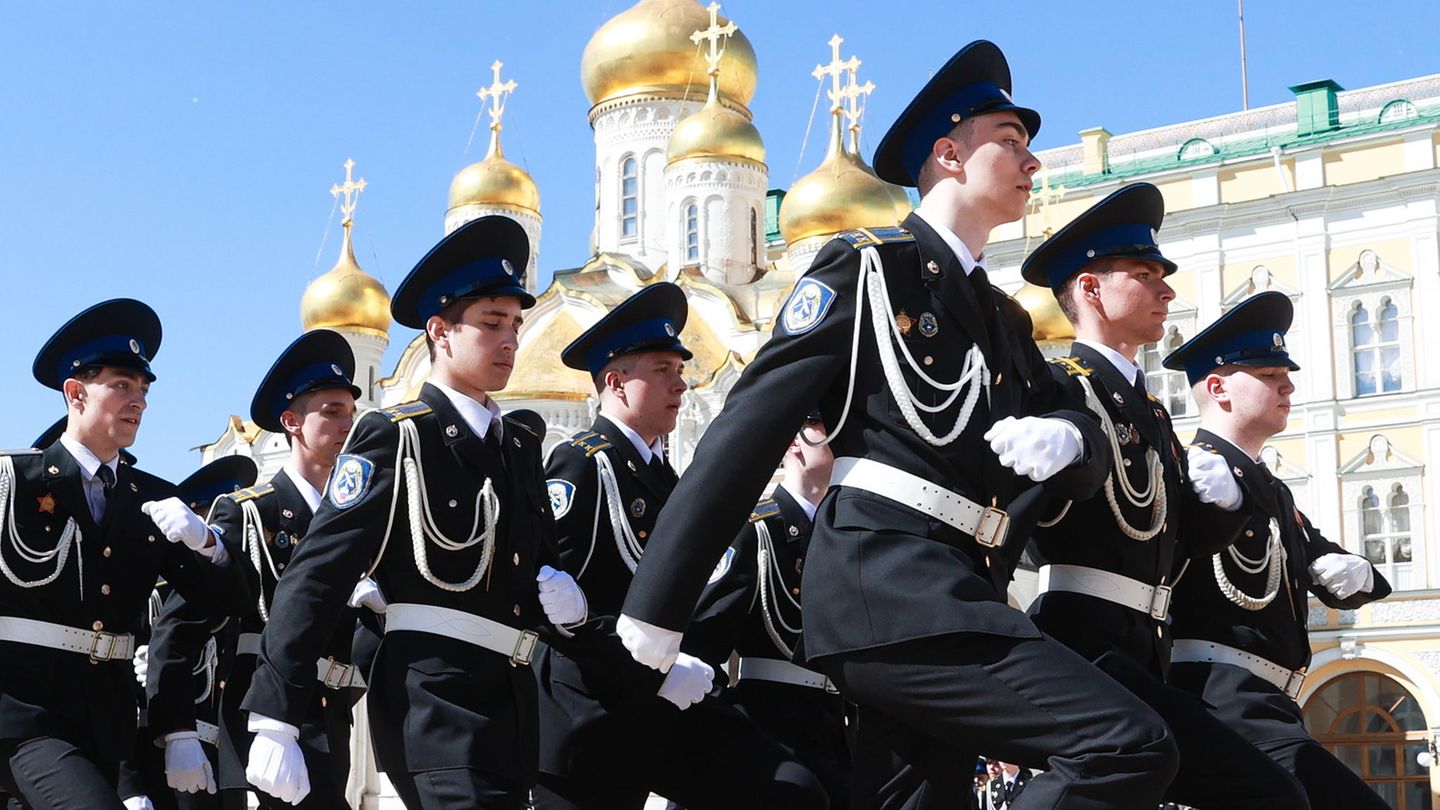 A large-scale exercise was held in Moscow in October. Among other things, the FSO service, which is responsible for protecting the President, is said to have prepared for a special scenario.

Bodyguards of Russian President Vladimir Putin are said to have trained in the center of Moscow to thwart a coup. This is reported by the Russian-language investigative platform “The Insider”. Accordingly, the training took place on October 26 in Moscow. It was said to be “a planned tactical exercise to neutralize terrorist threats and protect the highest levels of government.”

According to the insider, this exercise was just a small part of the special measures to be taken in the event that the FSO, the security service guarding the Russian president and government, is put into a state of war. Apparently the Presidential Guard is preparing its staff for a “massive ideological attack,” writes the magazine, which says it has a draft of a secret “plan for moral-psychological support in the transition of the FSO’s operational command from peacetime to wartime.”

The FSO warns that in the event of a coup, some Kremlin bodyguards could become depressed. In addition, they may doubt the correctness of their superiors’ actions, become frightened and fear for their lives.

According to the “insider”, the FSO warns its staff that the enemy is cunning and insidious and will primarily try to “lower the psychological stability of the personnel, disorient them morally and make them unwilling to resist”. Television, radio, print media, social media, books, brochures, leaflets and billboards were named as the greatest threats.

In addition, foreign intelligence agents could take advantage of social movements, non-governmental organizations, and religious and pseudo-religious organizations and reach out to relatives of FSO officials. According to the report, particular emphasis is placed on certain individuals who could exert psychological influence on the guards and who possessed hypnotic abilities. In addition to hypnosis, the FSO assumes that the enemy could also use “chemical and biological methods of psychological influence”.

According to the report, the countermeasures recommended include “counter-indoctrination” as well as weekly political training, a trip to the Kazan icon of the Blessed Mother and confidence-building talks with young employees who tend to be mentally unstable. The most politically adept officials should be assigned to the least resilient and, when in doubt, send them to the hospital.

According to the report, the person responsible for the implementation of the plan is the deputy director of the FSO, General Aleksandr Komov. According to a Kremlin security source, Komov is said not only to be extremely vigilant, but also to listen to the advice of astrologers and psychics.