China’s zero-Covid strategy: Pandemic at the end or at the start? 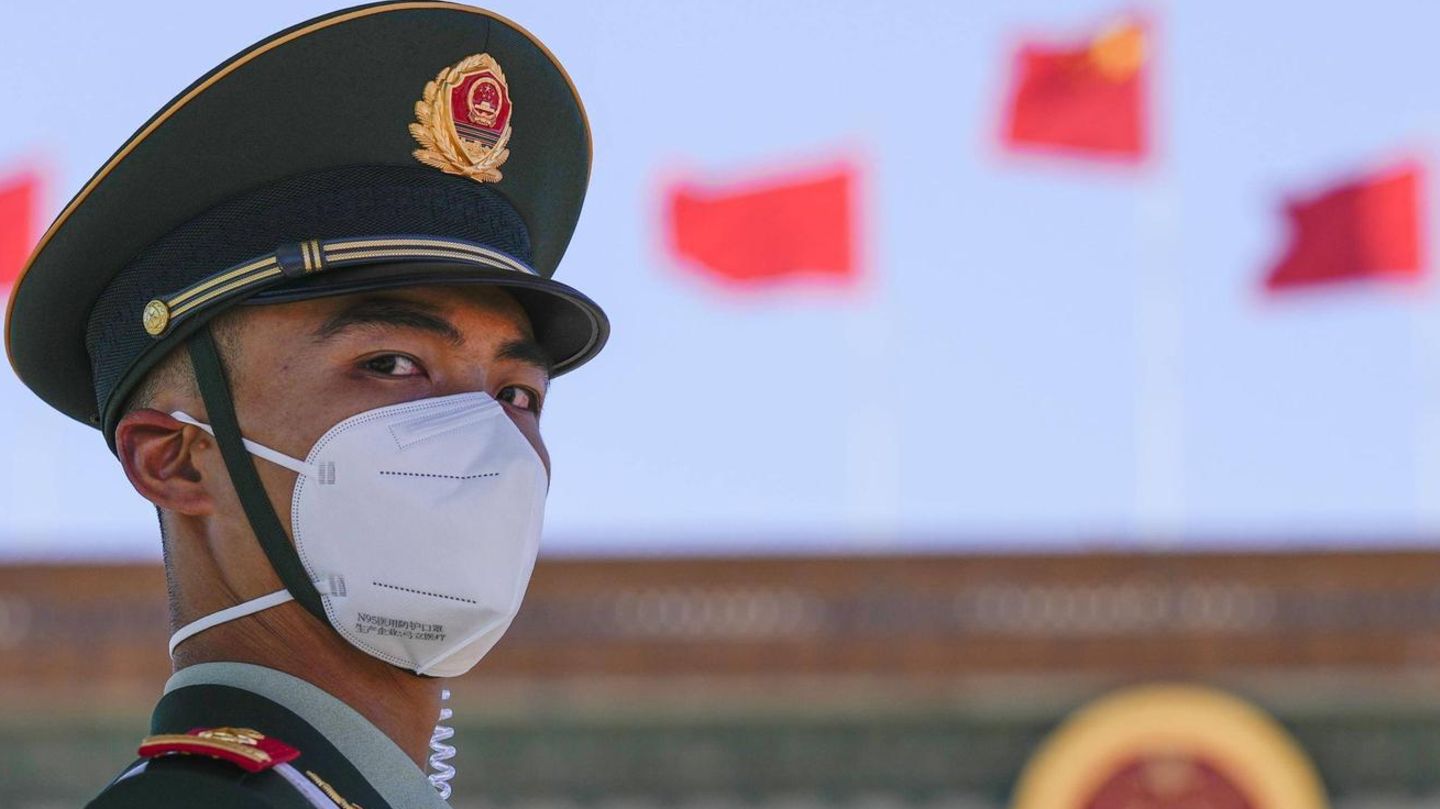 China has had the pandemic under control – until now. Suddenly the Corona cases are piling up in the statistics. The Chinese government had only announced easing. The population is confused, angry and the government at a loss.

These are images that are hardly known from Asia: In China, people are taking to the streets because of the government’s strict zero-Covid strategy. , in which citizens break out of their apartments despite the quarantine being imposed. This is what happened in the southern Chinese metropolis of Guangzhou, for example. Due to the increasing number of corona cases, the government had announced further restrictions for the country’s second largest city – much to the displeasure of the people.

3.7 million residents of the Baiyun district were only allowed to leave their homes with a negative corona test. In protest, people flouted the rules, and migrant workers tore down barricades. A similar thing happened further north in Zhengzhou. There, employees of the largest iPhone factory took to the streets because of the rigid corona measures. Videos on social networks show more than a hundred people clashing with people in protective suits.

“The situation in China is currently very tense – both economically and socially,” says Vincent Brussee, data analyst and expert on Chinese domestic politics at the Mercator Institute for Chinese Studies (MERICS). star together.

From lockdown to lockdown: From a Western perspective, this is how China, the birthplace of SARS-CoV-2, struggled through the pandemic, which has now lasted almost four years. For this, the People’s Republic earned looks of astonishment and horror. While concerns about a growing surveillance state were circulating again in the West, China put the pathogen in its place with rigid measures. In spring 2020, the number of cases was reduced with a two-month lockdown. This should remain the case in the next two years: while one wave after another rolled over the USA and Europe, the situation in China remained relatively calm.

China had also managed to keep the virus in check in the last six months. If the number of infections increased, from a German perspective, a ridiculous 100 cases, the government reacted resolutely. So it is that the billion economy counts 1.32 million corona cases and 5231 corona deaths to date. For comparison: Germany, which has a population of just 80 million, has had 36.3 million corona cases and 157,000 corona deaths since the pandemic began. “China’s zero-Covid strategy has saved the lives of millions of citizens,” summarizes Merics analyst Brussee.

Loosen or close? The Chinese Dilemma

But suddenly it doesn’t add up anymore. China reported incidences last seen in spring 2020. The National Health Commission recently registered almost 28,000 new infections within 24 hours. And there are also deaths – the first in six months. Two cases involved people in their 90s with previous illnesses. Nevertheless, this development shakes the country, which thought it was at a crossroads.

Now the country has registered a record increase in corona cases: 31,444 new infections on Wednesday. The easing announced by the government comes at the wrong time. The loosening cannot be compared to those in Germany or Europe. While the mask requirement has almost completely fallen in this country and some federal states are already treating the quarantine requirement as outdated, China is only hesitantly daring to take its rigid measures. “Where corona cases are registered, people will continue to be quarantined immediately and the doors of their apartments will be locked by police officers,” says China expert Brussee. In the wider neighborhood, people have to test themselves every two days and work from home. Shops were closed, as were restaurants, although take-away food was still available in some places.

From a German point of view, everything is the same in the Middle Kingdom. In any case, Beijing does not have to be accused of negligence in the fight against the pandemic. But a U-turn in pandemic management looks different. Merics analyst Brussee therefore prefers to speak of a “software update aimed at reducing the excessive impact while keeping the core of the strategy intact”. For example, by shortening or limiting the quarantine times.

Nobody knows exactly how thousands of new infections are to be curbed with these loosenings – not even in Beijing is it clear. “Local authorities and the central government look at each other without really wanting to take responsibility,” says Brussee, explaining the dilemma. Cities like Beijing would reintroduce new restrictions to contain the virus in view of the rising incidences.

Population between anger and fear

There is therefore great uncertainty in the country, especially among the population. Many are wondering how the government wants to tame the virus. But they no longer want to simply accept further lockdowns. Especially in big cities like Shanghai, many citizens are facing a fourth or fifth lockdown. “This uncertainty is particularly depressing because a single case in the neighborhood can lock everyone else up for weeks.” This is upsetting, as the videos of the violent protests show.

Brussee sees the problem in the fact that the government does not seem to have a clear timetable. In addition, there is a lack of clear and scientific communication. “The system has focused on preventing infections, so objective health communication has fallen by the wayside.” The propaganda also played its part. “China’s government has consistently criticized countries like the US for mishandling the virus and stressed the crippling effects of Long Covid – even as other states had returned to ‘normal’,” Brussee said.

Ultimately, however, China has proven one thing above all: namely that the country is not ready to slowly leave the pandemic behind. According to Brussee, the government missed the right time window for this, namely when the incidences were low thanks to the measures.

Among other things, this slowed down economic growth and largely isolated Beijing internationally. .

However, loosening could put a strain on the already fragile health system. According to Brussee, the resources are very limited. There are currently 2410 intensive care beds available across Germany (as of November 23, 2022). With an emergency reserve, there are 10,359 intensive care beds. In China it should be eight times less, says Brussee. So about 4.5 beds per 100,000 inhabitants. “If China suddenly lifted its Covid restrictions overnight, there would probably be over a million deaths,” summarizes the Merics expert. This could not only cause difficulties for the government’s corona policy, but specifically for Head of State Xi Jinping.

The vaccination rate is also problematic. 40 percent of the over 80-year-olds have been boosted so far. In addition, there is no vaccine in China that has been adapted to the new omicron variant. In China, only the specially produced vaccine has been available to people so far. The Chinese government had recently promised to approve Biontech’s active ingredient – the first foreign vaccine. But this is not for Chinese citizens, only for foreigners living in China.

Instead of being at a crossroads, China is now in a state of limbo, knowing full well that repeated tightening of the pandemic measures will lead to further protests, but loosening them can also damage the country. However, the government in Beijing has now decided to do the first. After the rise in the city of Zhengzhou, a lockdown was imposed there – despite the protests.

For the time being, residents of the city center are only allowed to leave the area with a negative corona test and official permission. They should only go outside in urgent cases. In eight districts, residents must also be tested for the corona virus every day for five days. More than six million people are affected by the lockdown, which is initially scheduled to last five days from Friday. That affects half of the city dwellers. It remains to be seen how strictly they adhere to the guidelines – or whether Beijing has only provided the template for further protests.