China: Corona becomes a stress test for the clinics 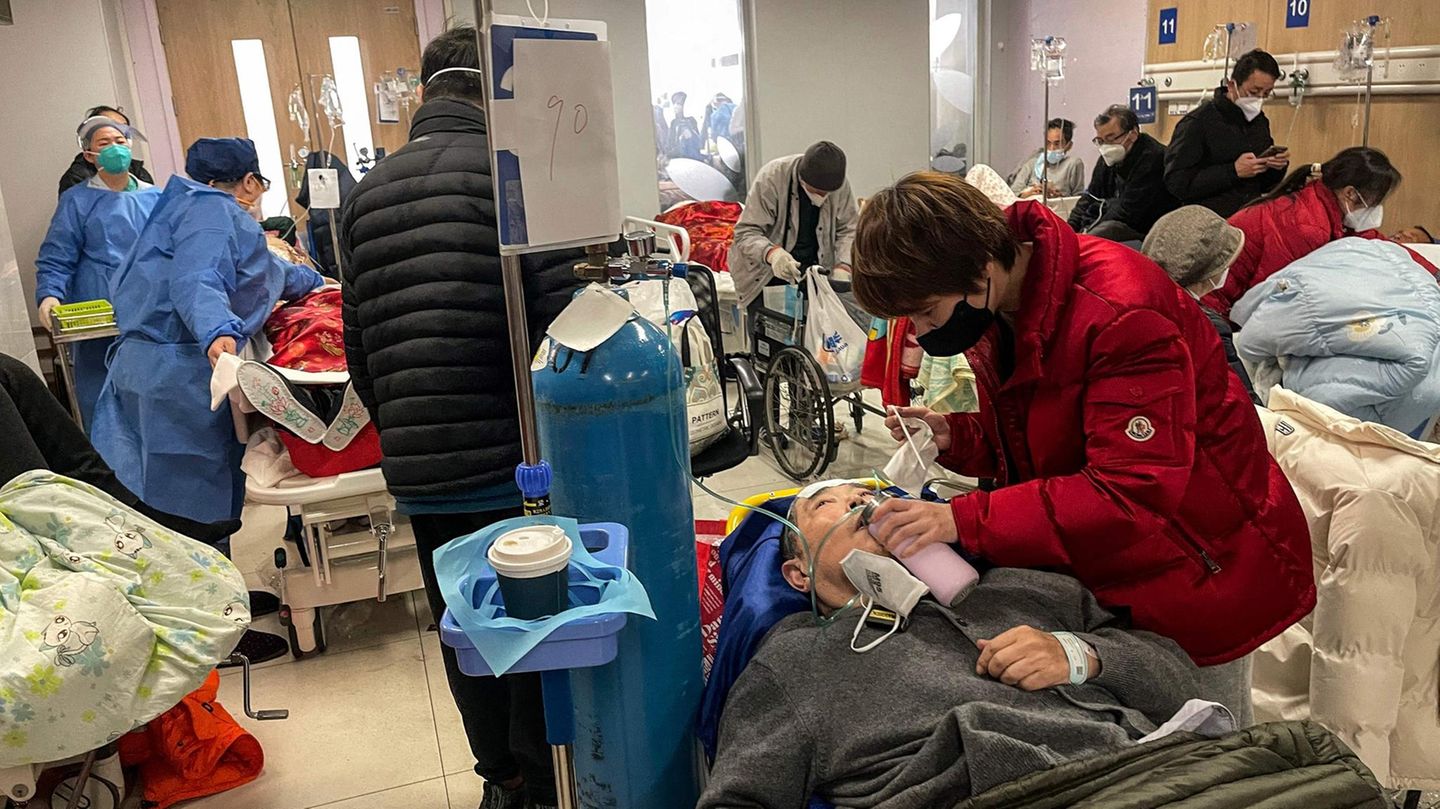 After three years of a rigid corona regime, China is in a state of emergency: millions of Chinese are said to have been infected with the corona virus. Authorities can only estimate how many there are. Reliable data has not been available for a long time because the mass tests have not been carried out since December and the daily number of cases and deaths are neither recorded nor published. Only a meeting of health officials last month leaked the assumption that 250 million people across China had been infected in the first 20 days of December. It almost seems as if China has capitulated to the virus.

The fight against the virus is no longer being fought from the top political ranks in Beijing, but in the clinics and hospitals. In some places, more than 1,000 patients come to the emergency room every day, local doctors report. The number has doubled compared to the time before the corona easing. “More than 100” ambulances are currently arriving every day, 80 percent of the emergency patients admitted to the hospital are suffering from Covid-19, more than half of them are older than 65.

Due to a lack of space, many patients are immediately turned away. If you are lucky, you will be accommodated in the hospital corridors, sometimes even on the floor because the beds are all already occupied. In some places, patients are also treated outside of hospitals, as AFP journalists report.

The situation is also tense in the crematoria. University of Hong Kong researchers fear nearly a million Chinese could die from Covid this winter. The British analysis company Airfinity expects 1.8 million infections and 11,000 deaths every day. That would mean that 1.7 million Chinese would die as a result of a corona infection by the end of April.

Some cities are already past the worst

As dramatic as it all sounds, the worst is already over in some places, according to a study by Chinese scientists published in the journal Frontiers of Medicine. Accordingly, the metropolises of Shanghai and Beijing have already left the peak behind.

However, the researchers warn that the virus will spread massively in the central and western provinces of the country by the end of January. Namely when millions of Chinese set out for the New Year festival in their home villages to celebrate the turn of the year with their families.

Sources: with material from DPA and AFP