Vladimir Putin: What is the sudden desire for a ceasefire? 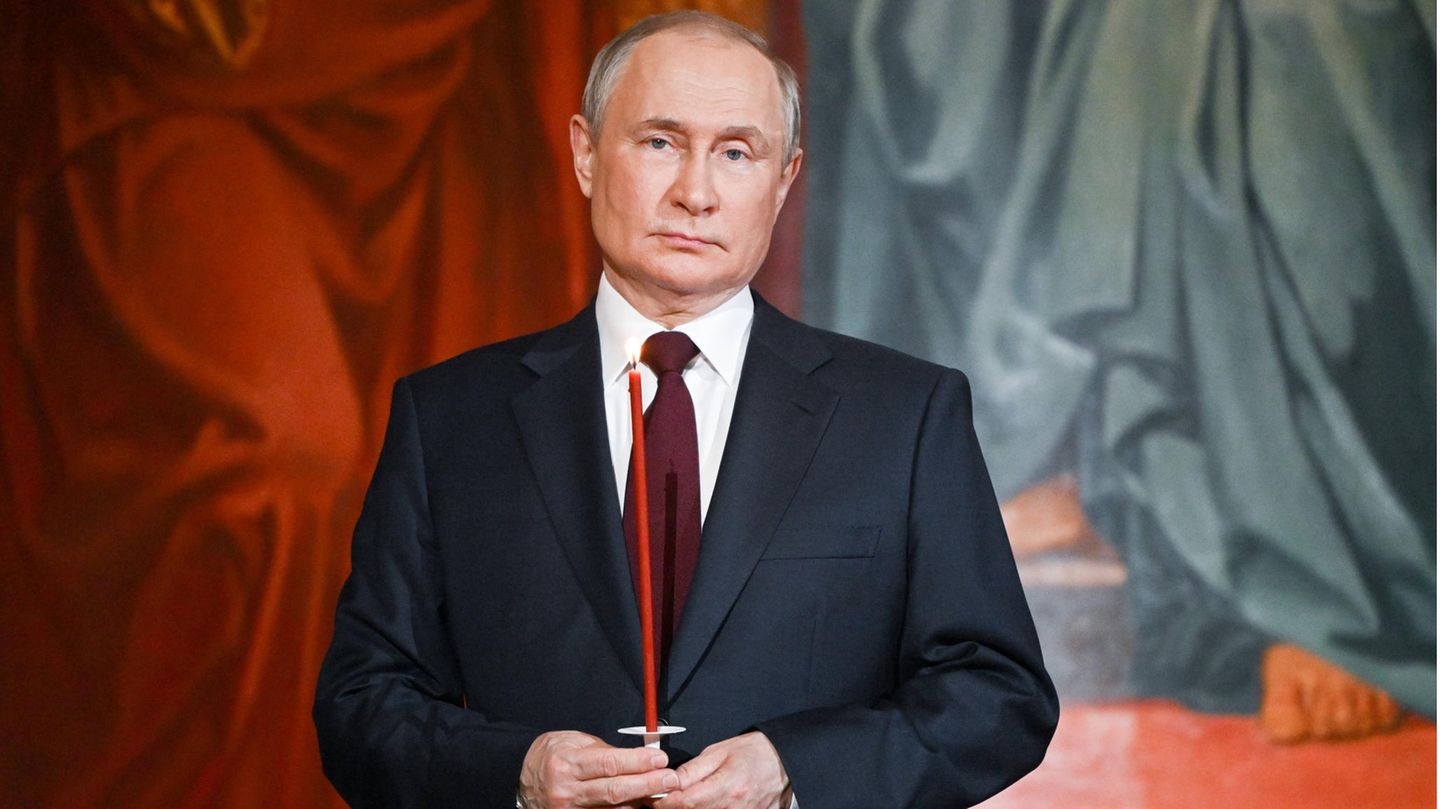 The guns at the front were to remain silent for 36 hours. This is Vladimir Putin’s wish just in time for the Orthodox Christmas. But behind the displayed piety lies pure calculation. The Kremlin wants to kill two birds with one stone.

One Vladimir says it, the other does it. This is how the spectacle can be summed up that Patriarch Kirill (whose real name is Vladimir Gundyaev) and Vladimir Putin put on the stage. First, the head of the Russian Orthodox Church called for the guns in Ukraine to remain silent on Orthodox Christmas. And a short time later, the Commander-in-Chief of the Russian Armed Forces gave the order to cease fire.

“Taking into account Patriarch Kirill’s call, I instruct the Russian Ministry of Defense to implement a ceasefire along the entire line of armed conflict in Ukraine from January 6 at 12 p.m. to January 7 at midnight,” reads “In view of Given the fact that a large number of citizens professing Orthodoxy live in the combat zones, we call on the Ukrainian side to declare a ceasefire and give them the opportunity to attend services on Christmas Eve and on the day of the Nativity of Christ .”

Putin, the protector of faith and traditional Orthodox values ​​- one of the masks that the Kremlin boss likes to put on. However, they are the words of a man who unleashed a barrage of missiles across Ukraine on New Year’s Eve – the most important holiday in both Ukraine and Russia. It is December 31 when families gather around the holiday table and exchange gifts under the Christmas tree. Christmas, on the other hand, is celebrated in silence by the minority who actually follow the orthodox faith by all canons.

But the painting of the sacred is easier to give with the help of Jesus Christ than fireworks and confetti. And so the Kremlin decided to kill two birds with one stone.

New main church for the military

The first fly is the military one. “The Russian leadership’s idea of ​​provoking a humanitarian crisis in Ukraine with the massive rocket attacks that have been going on since October has failed,” says military expert Mykhailo Samus, explaining the Kremlin’s logic behind the ceasefire decision. “It is obvious that this will not work either: it was not possible to bring about an energy crisis in Europe. It was not possible to destabilize the political system in both Ukraine and Europe in this context.”

So we’ve started planning the next step, which we might plan to do at the end of February. “But a break is necessary for this,” said the expert from the Center for Army, Conversion and Disarmament Studies (CACDS) research center in Kyiv.

“Russia has run out of reserves and resources for the moment. There was a wave of mobilization, but it has gone up in smoke in the fighting from September to today. All of those mobilized have disappeared, along with the Prigozhin prisoners and many other recruits, who were conscripted half voluntarily and half by force.” Now Moscow needs at least two months to recruit new mobilized and at least make them look like soldiers. “At the moment, every break is valuable,” explains Samus in an interview with “Radio Swoboda”.

A break for Russia

These pauses would cause “cardiac arrhythmias” at the front, according to the expert, who himself served in the Ukrainian armed forces for 12 years. The tactic is arbitrary. “If they want, they can launch rocket attacks on the New Year holidays without giving people a break. Now they just want a ceasefire. After that they will want to strike again. Taking the initiative at least in this way is of course one of the Kremlin’s goals . Because on the battlefield, the initiative has so far rested with the Armed Forces of Ukraine.”

Even a day or two’s pause would buy Russian forces time to regroup, improve their positions, and finally try again to engage Ukrainian forces in protracted, bloody battles like those currently taking place at Bakhmut or elsewhere in the take place in Donbass. During this time, Russia could mobilize new reserves. “Maybe even create a unit in Belarus to try it from there,” speculates Samus.

“In any case, the Russian army currently has concrete big problems. The Ukrainian army is preparing for an offensive. The Russian army must not allow this offensive to start before the end of February.” Therefore, in the near future, attempts to interrupt hostilities will be seen frequently and proposals for negotiations will be heard.

For the military observer David Scharp, the announced ceasefire does not see the military purpose in the foreground at all, but the propagandistic one. “In my opinion, this is a media action of a political nature, not a military one. A day’s rest would not change anything seriously on the whole.”

Scharp suspects that the Russian leadership will keep the cease-fire order in effect until the end and will announce that it will stop firing at this or that appointed hour. Only to then denigrate Ukraine as the aggressor for not sticking to the unilaterally announced ceasefire. “It’s an action to portray Ukraine as unwilling to engage in dialogue. And it’s primarily aimed at the Russian audience.”

So regardless of whether a pause at the front would serve a military purpose, the Kremlin’s move provides propaganda cannon fodder. When the rabble-rousers Solovyov, Skabeeva, Simonyan and the like return to TV screens from the ten-day Russian New Year’s holiday, they’ll happily pounce on the Kremlin template.

In the past few weeks, in the absence of any successes on the part of the Russian leadership, the propagandists have often had no choice but to let clairvoyants and fortune tellers prophesy a great future for Russia. (Read more here.) A Ukraine that doesn’t rest its arms even at Christmas and a Putin waving the flag of orthodox righteousness make for far more compelling material.

None other than Dmitry Medvedev initiated the propaganda battle. The former Russian president, who was allowed to keep Putin’s seat warm for four years, wrote on Telegram: “On the Great Holiday, the hand of Christian mercy was extended to the Ukrainians. Their leaders refused. (…) It’s a pity for people who have lost the opportunity to go to church. But pigs have no faith or an innate sense of gratitude. They only understand brute force and demand squeaking food from their masters. That is the principle of training. And it is nurtured by continued to the western swineherds.”

For Medvedev, Germany’s Foreign Minister Annalena Baerbock is also one of the “Western swineherds”: “Even the uneducated woman Baerbock and a number of other overseers in the European pigsty managed to grumble about the inadmissibility of a ceasefire. Well, the heirs of the Nazis have never neither man nor animal spared.”

Now it will be interesting to see what the masters of propaganda will do with this stuff that the Kremlin is putting at their feet.