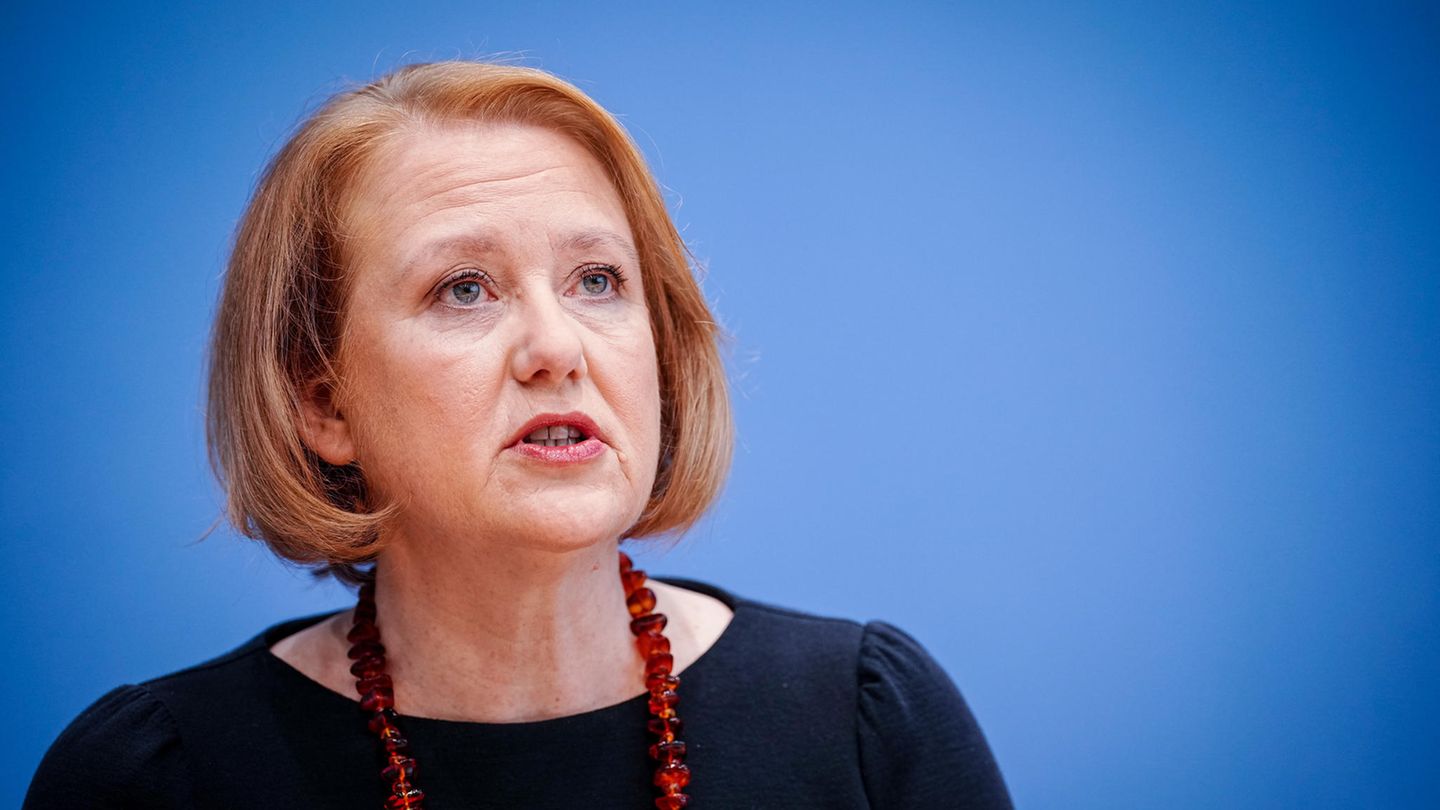 Paragraph 218 of the penal code on abortion has been discussed for decades. Federal Family Minister Lisa Paus is now making a new attempt to push for its abolition.

Federal Family Minister Lisa Paus (Greens) is pushing for the abolition of paragraph 218 of the Criminal Code, which criminalizes abortion. It is about the human right to reproductive self-determination and the right of women to make decisions about their bodies. However, there are reservations in the coalition: the legal policy spokeswoman for the FDP parliamentary group, Katrin Helling-Plahr, was skeptical about Paus’ initiative. The opposition Union sharply rejected him.

Abortion is a taboo subject

From Uma Thurman to Nicki Minaj, these celebrities have spoken out about their abortions

In addition to access to safe and affordable contraceptives, the basic pillars of the human right to reproductive self-determination are the guarantee of abortions and self-determined and safe pregnancy and childbirth, said the minister. “Women who perform abortions should no longer be stigmatized.”

Abortion is still a criminal offense

The traffic light coalition therefore wants to examine during this legislative period what regulations for abortion outside the criminal code could look like. To this end, a commission for reproductive self-determination and reproductive medicine will be set up “to clarify precisely these highly complex legal issues”.

According to the current regulation, abortions are generally punishable in Germany, but remain exempt from punishment under certain conditions – including after mandatory counseling and if they are carried out up to the 12th week of pregnancy.

The appointment of a commission to discuss a new regulation was agreed in the coalition agreement between the SPD, the Greens and the FDP. So far, however, it is unclear when the committee will actually start its work. At the request of the Funke newspapers, the Federal Ministry of Health stated that the vote within the federal government on the commission had not yet been completed. A specific date for the establishment of the Commission has not yet been set.

Paragraph 218 of the Criminal Code in the wording

(1) Any person who terminates a pregnancy shall be punished with imprisonment of up to three years or with a fine. Actions that take effect before the nidation of the fertilized egg in the uterus is complete is not considered an abortion within the meaning of this Act.

1. acts against the will of the pregnant woman or

2. carelessly causing the risk of death or serious damage to the health of the pregnant woman.

(3) If the pregnant woman commits the act, the penalty is imprisonment for up to one year or a fine.

(4) The attempt is punishable. The pregnant woman will not be prosecuted for attempting it

Paus’ advance met with concern from the FDP. The currently applicable criminal law paragraph 218 represents “a successful compromise as the result of a long social discussion,” said the legal policy spokeswoman for the FDP parliamentary group, Katrin Helling-Plahr, on Thursday of the AFP news agency. “For ethical and constitutional reasons, I am extremely skeptical about abandoning the compromise.”

Abolition demands also from the SPD

The coalition partner SPD, on the other hand, has repeatedly called for the complete abolition of paragraph 218 in recent months – for example from Juso boss Jessica Rosenberg and from Bundestag member Cansel Kiziltepe.

The deputy chairwoman of the CDU/CSU parliamentary group, Andrea Lindholz (CSU), warned Ministers Paus against further relaxation of the abortion law. “For me, the demand for the abolition of paragraph 218 sends the completely wrong signal and comes at an inopportune time,” said the CSU politician to the AFP news agency. In addition to the woman’s right to self-determination, the unborn child’s right to life must also be taken into account. “I wish that we would talk a lot more about how pregnant women can be enabled to live with the child.”