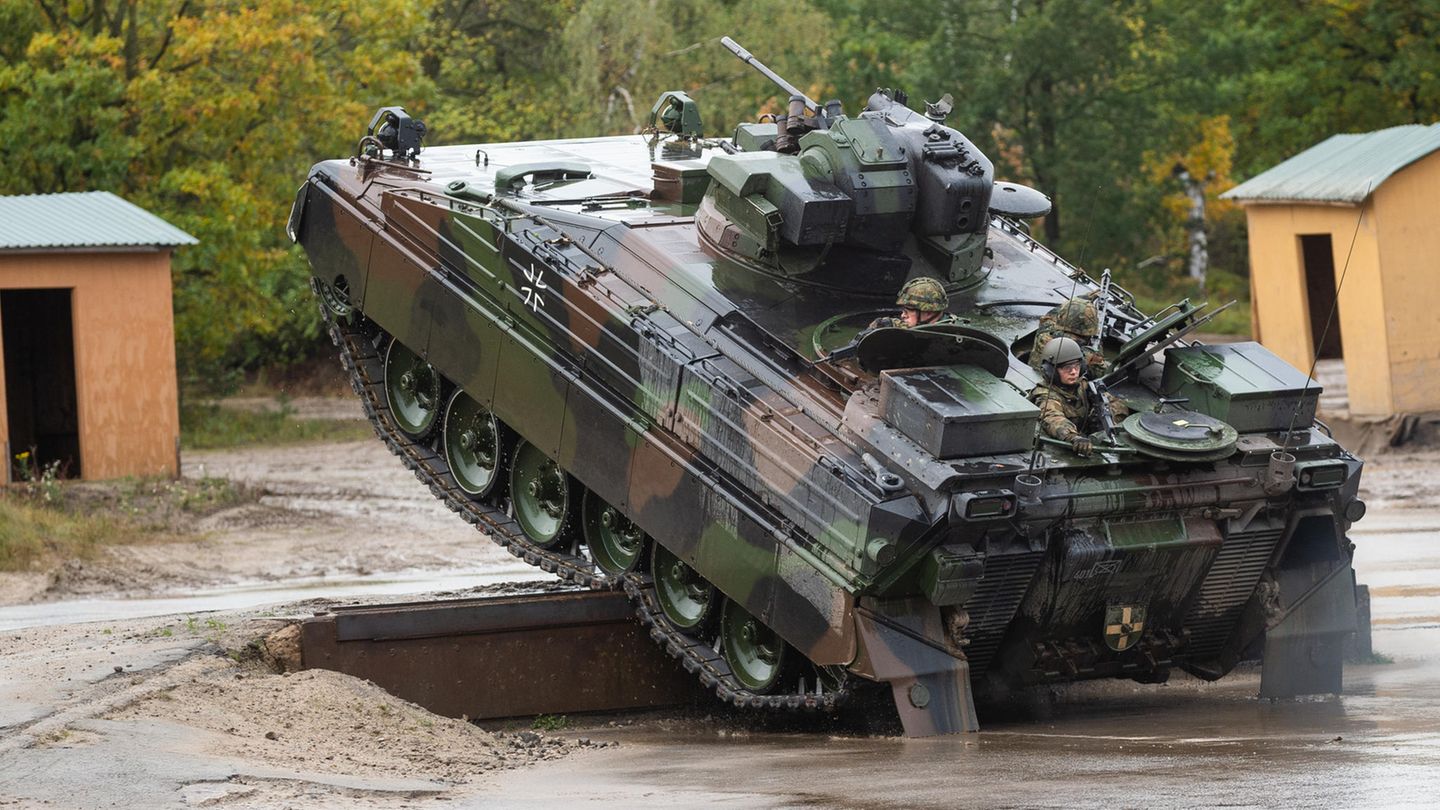 It is a change of course by the federal government, some even speak of breaking a taboo: Germany is supplying armored personnel carriers to Ukraine. But that is by no means the end of the debate about arms deliveries.

Will Germany send main battle tanks or armored personnel carriers to Ukraine? Chancellor Olaf Scholz (SPD) has hardly been asked a question so frequently in recent months. Now there is at least a partial answer: In the first quarter, 40 Marder-type armored personnel carriers are to be delivered to Ukraine. Ukrainian soldiers are to be taught how to operate it in eight-week courses in Germany. The tank delivery is part of a concerted effort with the US and France. The NATO states are thus complying with a request from Ukraine after many months. However, the commitments that have now been made are not yet entirely fulfilled.

Why did Scholz only make the decision now after much hesitation?

After the Russian attack on Ukraine, Germany and its NATO allies initially relied on the delivery of Soviet-designed battle tanks and armored personnel carriers, which some Eastern European countries still had. The reason: the Ukrainians did not need any additional training, the tanks were immediately ready for use. According to the Federal Government, the concept has only now reached its limits. Tanks have been destroyed, ammunition is running low. In addition, it is to be feared that fighting will increase again in the spring, said government spokesman Steffen Hebestreit on Friday. For some time now, Russia has been moving additional weapons into the war zone, which Western military experts see as preparation for a new Russian offensive.

What do the martens from Germany bring to the Ukrainian armed forces?

Although the martens were developed for the Bundeswehr more than 50 years ago, they have been modernized again and again and can be an important help in such a situation. At the front, they make troops more flexible by allowing armored transport of soldiers. At the same time, the delivery of this Western weapon system sends a message to the troops. In the material battle against Russia, the West is signaling that we can deliver later.

Was the tank decision coordinated between the allies?

Scholz has always emphasized that the tanks will not go it alone. He has lived up to this claim. The decision was prepared and coordinated with the USA and France over several weeks. However, the announcement was not particularly well coordinated. French President Emmanuel Macron rushed ahead on Wednesday and promised Ukrainian President Volodymyr Zelenskyy the delivery of heavily armed reconnaissance tanks. Only one day later, Scholz and Biden announced the delivery of the Marder and Bradley infantry fighting vehicles. Government spokesman Hebestreit sees no problem with this: whether there is a gap of a few hours in communication or not is “ultimately mumpe,” he says.

Why is Germany sending Patriot anti-aircraft missiles after all?

This announcement comes as a surprise. After the USA decided before Christmas to make Patriot batteries available for air defense, Germany initially said: We no longer have the capacity. Now the Bundeswehr can still do without one of the systems from US production, although they themselves only have 12 of the original 36 available – and about half of them are in the industry for technical upgrading. The Air Force Inspector, Lieutenant General Ingo Gerhartz, describes the surrender of the missile systems and the now planned rapid training of the Ukrainians as a necessary “exercise” for the troops: “But it has to be in these special times.”

Will Germany become a war party with the new commitments?

Politicians in the traffic light coalition repeatedly point out that, according to international understanding of the law, Germany and other allies are not becoming a war party by supplying arms. Chancellor Scholz’s top priority is not to be drawn into the war. Moscow, on the other hand, has been claiming for months that NATO is already a war party in Ukraine. On the one hand, this statement serves domestic political purposes, in order to explain the disaster of the Russian invasion of Ukraine to its own population, on the other hand, in terms of foreign policy, the threat resonates that the conflict will escalate if “red lines” are crossed. However, the “red lines” have already shifted several times.

How does Russia react to the promise of tanks to Ukraine?

The Kremlin itself did not initially react. This was probably also related to the fact that Russia was about to celebrate the Orthodox Christmas. The daily briefing by Kremlin spokesman Dmitry Peskov was therefore not given on Friday. However, the Russian embassy in Berlin said that Germany was crossing a moral boundary with the Marder deliveries, to which it had no right in view of the crimes committed by the National Socialists.

Will battle tanks be delivered soon?

Modern western main battle tanks are much better armed and better protected against attack than the Marder and Bradley infantry fighting vehicles. You can use it to go into direct confrontation against Russian main battle tanks (“dueling ability”). Ukraine is therefore hoping that NATO countries will strengthen their offensive capabilities with Leopard (Germany), M1 Abrams (USA) and Leclerc (France) tanks. It is a political decision that also depends on Germany getting the green light. Some states like Finland and Spain still stock older models like the Leopard 2A4. There are already isolated signals that these states could join a joint initiative with Germany.

What else does Ukraine want from its allies?

The Ukrainian Deputy Foreign Minister and ex-Ambassador to Germany, Andriy Melnyk, has repeatedly called for the delivery of combat aircraft or warships to Ukraine. The political scientist Carlo Masala from the Bundeswehr University in Munich believes that at least Soviet-designed MiG-29 combat aircraft would make sense. “This is exactly the device that Ukraine desperately needs at this stage of the war.” In the case of ships, on the other hand, a quick benefit is hardly recognizable. What has already proven to be successful: missiles or floating drones that can destroy Russian ships off the Black Sea coast of Ukraine.

Vietnam War: What Happened Before The Iconic Shot 55 Years Ago