Lützerath: Thousands demonstrate against demolition of the village 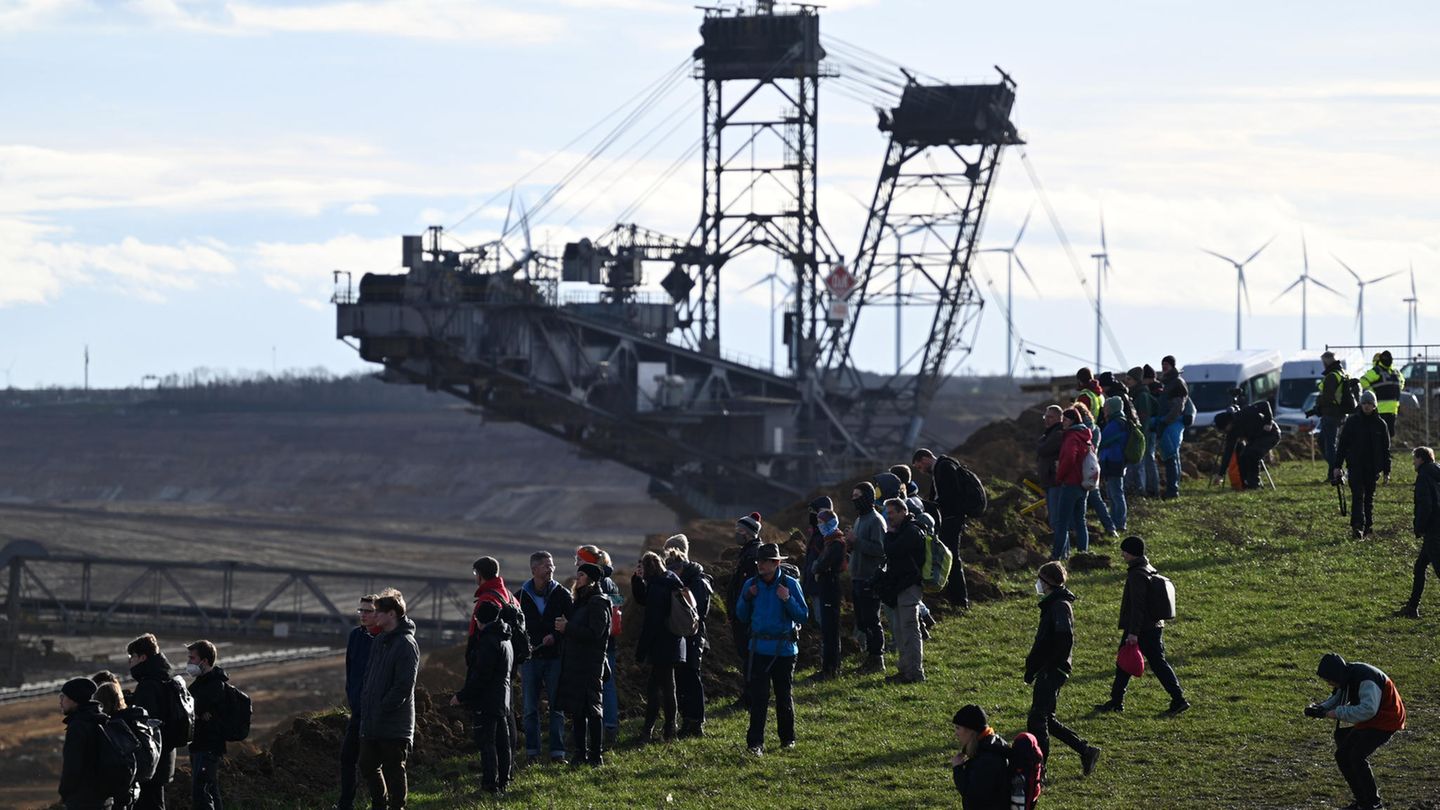 Thousands of people have gathered in Lützerath to demonstrate against the demolition of the town in favor of lignite mining. According to a media report, a “massive” police operation is expected.

The day of the planned evacuation of the abandoned village of Lützerath at the Garzweiler opencast mine is approaching – and the protest is increasing. According to the organizers, thousands of people gathered on site on Sunday to demonstrate against the planned demolition of the village in favor of lignite mining.

Among other things, a village walk and a public action training were on the program. A performance by the band AnnenMayKantereit (“Barefoot at the Piano”) was also planned. It had to be moved to another area for safety reasons because an embankment at the edge of the open pit had been undermined. A spokesman for the Aachen police told the DPA news agency that the gate valve on a closed pipe had been opened during the night, causing thousands of liters of water to flow into the opencast mine.

Numerous organizations called for the protests, such as Fridays for Future, Extinction Rebellion, Ende Gelände and Letze Generation, which have joined together in the “Lützerath unräumbar” action alliance. On Sunday they reaffirmed their intention to delay the planned evacuation of the village belonging to Erkelenz for weeks. Climate activist Luisa Neubauer recently told the DPA: “In Lützerath, the limit of carrying on like this has been reached.”

The police also expect a long and personnel-intensive operation. It is not yet officially known when it will begin. But it is expected in the coming days. According to “Spiegel” information, the North Rhine-Westphalian police have requested extensive support from all over Germany. With the exception of Hesse, all federal states and the federal police want to send units to the opencast mine, including hundreds of riot police, water cannons, horse squadrons and height intervention teams. The states and the federal government were asked to examine “further support options”. The upcoming operation is described as “massive” according to the report. There will be thousands of officers on site.

Before the world climate summit in Egypt

Where climate change in Germany is already clearly evident

The energy company RWE wants to mine the coal under the village of Lützerath. Despite the phase-out of lignite announced by 2030, the company believes this is necessary to secure the energy supply. Opponents see things differently and are demanding that RWE refrain from demolishing Lützerath and continuing to mine lignite. “We no longer need the coal under the village and simply cannot afford to continue burning this most climate-damaging of all energy sources,” said Greenpeace climate expert Karsten Smid.

The responsible authorities allowed the energy company to clear the building from Tuesday, but an urgent application before the Aachen Administrative Court failed.