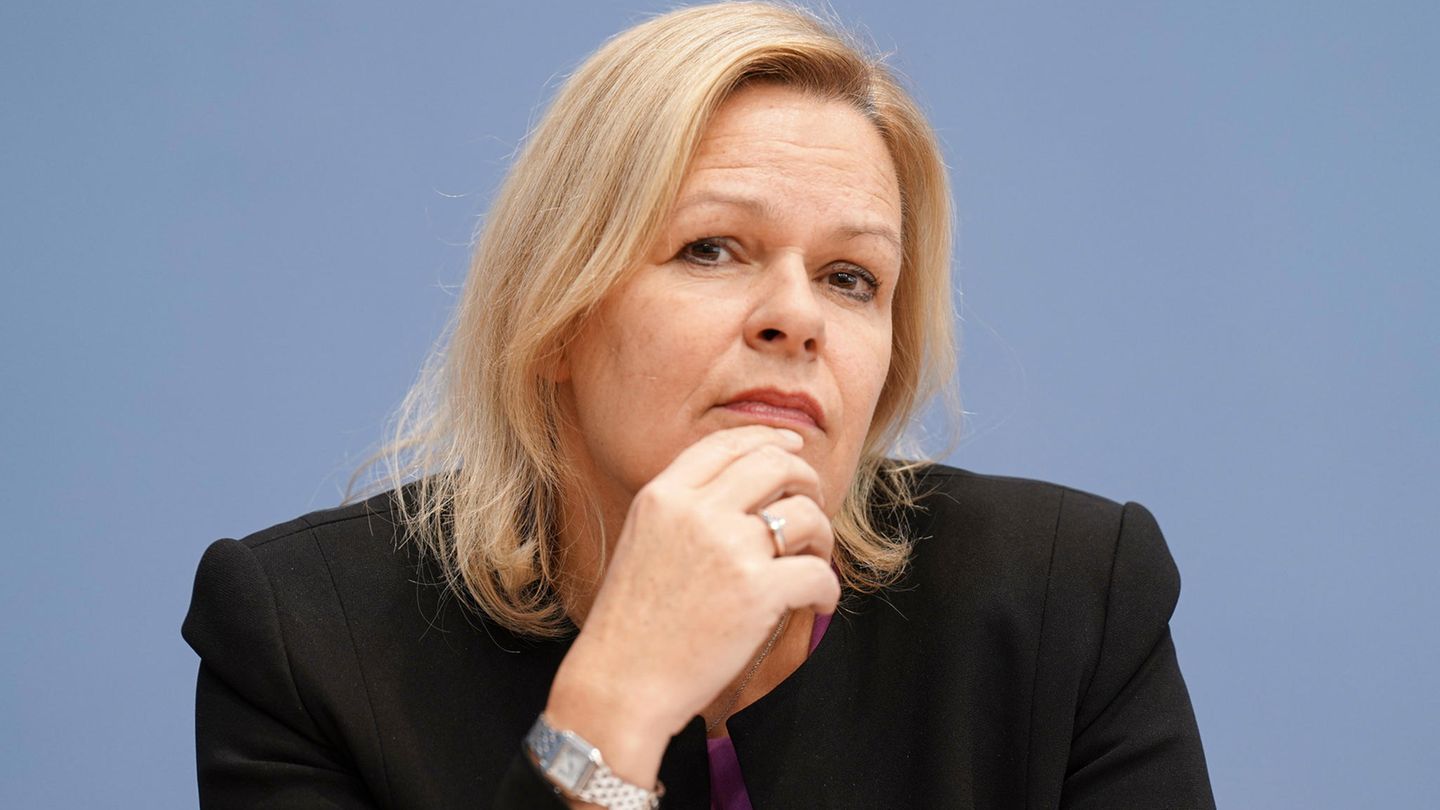 With the arrest of 25 suspected “Reich citizens” the debate about gun law gets new impetus. Should private citizens be denied access to certain weapons? Yes, says Home Secretary Nancy Faeser.

After the New Year’s Eve riots and the uncovered coup plans by a group of Reich citizens, Federal Interior Minister Nancy Faeser (SPD) wants to tighten the gun law in Germany. According to the “Süddeutsche Zeitung”, the draft law from the Ministry of the Interior provides for a ban on particularly dangerous semi-automatic weapons for private individuals.

According to the “Süddeutsche Zeitung”, security authorities consider the widespread use of semi-automatic firearms similar to war weapons to be particularly threatening. According to the report, 225,000 of them are circulating in Germany, 60 percent of them privately owned. The type of weapon has been used time and again in amok and terrorist attacks around the world, such as the attacks in Utøya in Norway and Christchurch in New Zealand.

The newspaper writes, citing the 48-page paper, that blank pistols and crossbows, which are popular with Reich citizens, will only be available in future if you have a firearms license. Before the riots on New Year’s Eve, Faeser had already spoken out in favor of tightening gun laws. On the night of New Year’s Day, police officers and firefighters were attacked in several cities, including with firecrackers and rockets. The attacks were particularly violent in some areas of Berlin.

After the arrest of 25 suspected “Reich citizens” on December 7, the debate about gun rights had picked up speed. The federal prosecutor’s office accuses the majority of those arrested of being members of a terrorist organization that wanted to overthrow the political system.

According to the report in the “Süddeutsche Zeitung”, however, it is unclear how far Faeser will get with her proposal within the federal government and whether it can really be implemented quickly. So far, the FDP has opposed the planned tightening of gun laws.

Ukraine: How fighter jets would help Ukraine in the war against Russia