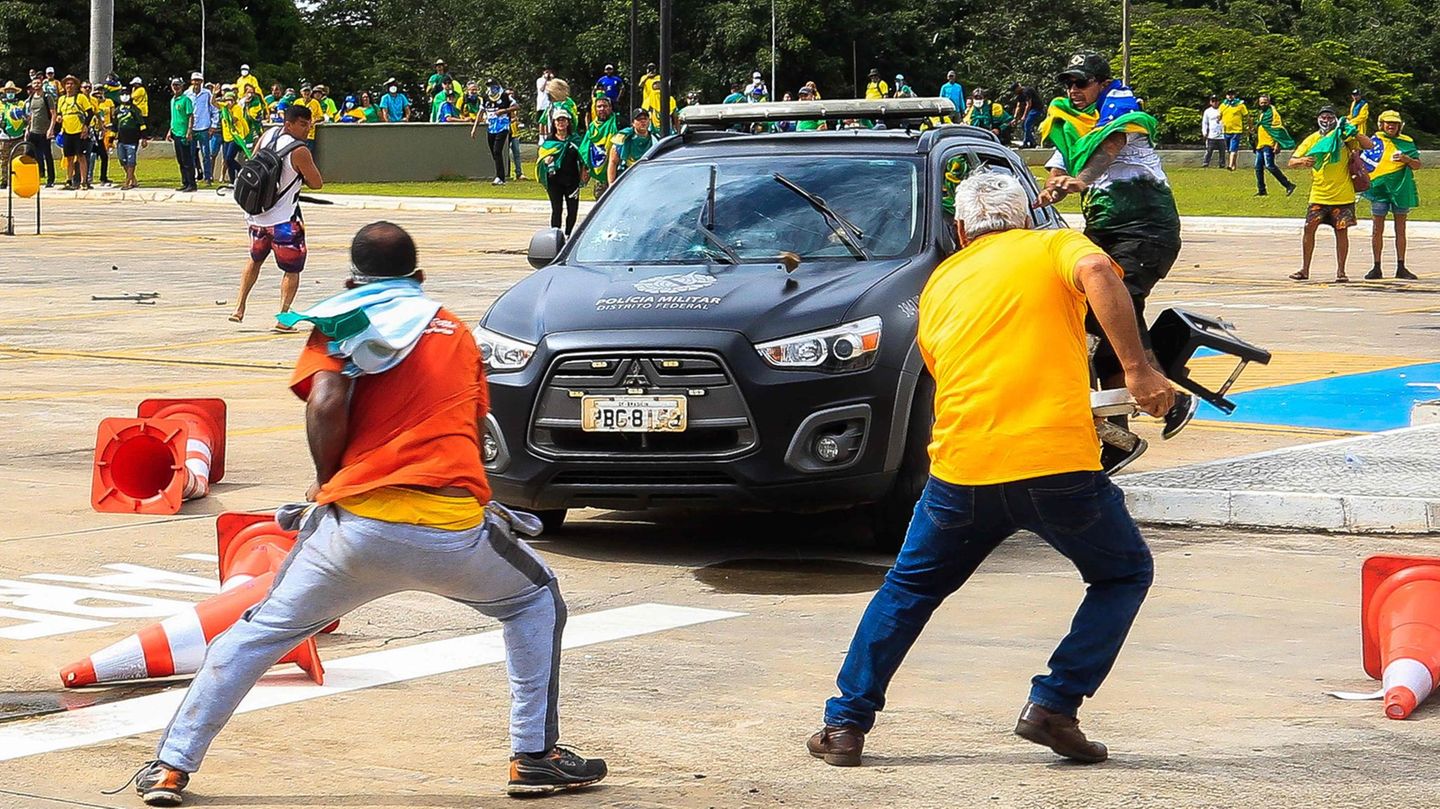 “What you did today is unprecedented in the history of the country,” President Luiz Inácio Lula da Silva condemned the events after the situation was back under control. “That was barbarism. They were fascists. They must be found and punished.”

Earlier on Sunday, radical supporters of ex-President Jair Bolsonaro stormed the government district in the Brazilian capital Brasília and briefly took control of the control centers of the country’s most important state authorities. They entered the National Congress, the Supreme Court and the government seat, the Palácio do Planalto, and rioted in boardrooms and offices.

The police in Brasília seemed completely taken by surprise. The demonstrators quickly tore down the roadblocks and pushed the officials back. Soon they were standing on the roof of the congress waving Brazilian national flags. Shortly thereafter, they also invaded the Supreme Court and the seat of government.

Events in Brazil remind of storming of US Congress

Inside the buildings, the rioters gave free rein to their hatred of the new left-wing government. They knocked over chairs and desks, smashed windows, damaged works of art and scrawled slogans on the walls. One attacker even took the office door of federal judge Alexandre de Moraes, who was particularly hated by Bolosonaro supporters, as a trophy. The scenes were reminiscent of January 6, 2021, when supporters of former US President Donald Trump stormed Congress in Washington.

It took hours for the security forces in Brasília to bring the situation back under control. The military police advanced with cavalry squadrons and armored vehicles to the Square of the Three State Powers in the center of the capital. Special forces use tear gas, helicopters circled over the government district. Around 230 suspects were arrested, according to Justice Minister Flavio Dino.

Bolsonaro condemned the actions of his radical supporters. “Peaceful demonstrations are part of democracy. However, looting and raids on public buildings, as they took place today, are not included,” wrote the right-wing ex-head of state on Twitter. “Throughout my tenure, I have consistently upheld the Constitution and respected and defended the law, democracy, transparency and our sacred freedom.”

In the photo gallery you can see the dramatic images of the attack on the government buildings in Brasília.