Sweden hunts the wolf – and risks trouble with the EU 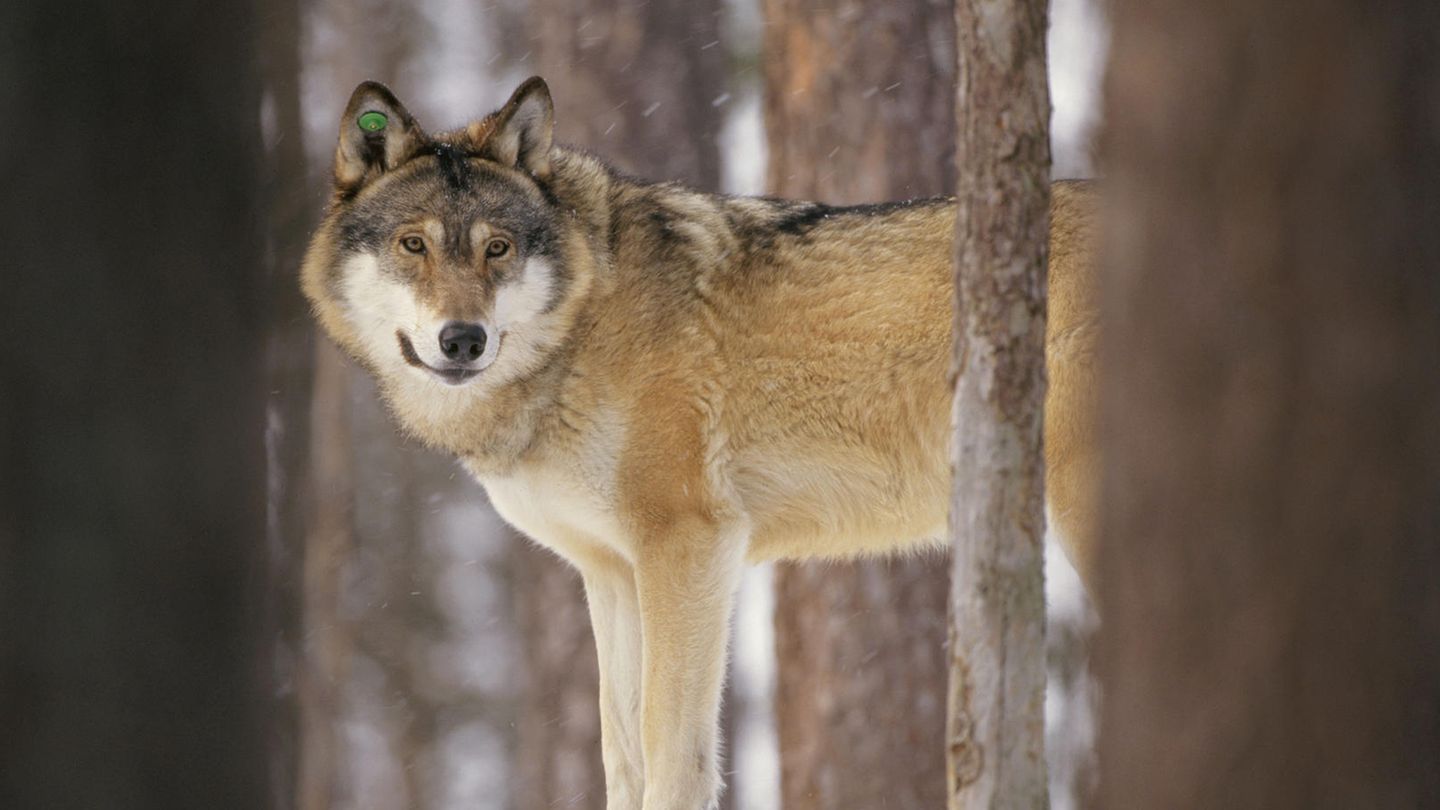 Wolves are currently being hunted in Sweden. It’s one of the biggest hunts in years. Conservationists warn of serious consequences. The EU isn’t too enthusiastic either, but doesn’t seem to want to do much to protect animals.

They have been released for shooting since January 2nd: 75 wolves in Sweden who may be hunted and killed. Gävleborg, Dalarna, Västmanland, Örebro and Värmland are the provinces with the highest wolf density. Among other things, the wolf is to be shot there.

In 2010, Sweden allowed licensed hunting of wolves in the Scandinavian country again. This year’s hunt is the biggest yet, reports Swedish television channel . Politicians want the hunt, hunters cheer them: the wolf population is too high in Sweden, there are conflicts between humans and animals. Animal rights activists, on the other hand, warn of serious consequences for ecosystems if too many wolves are shot.

At least 51 of the released animals have been shot in the current hunt, as the Swedish Hunters Association announced on Monday.

Estimated 460 wolves in Sweden – much less than in Germany

The procedure is celebrated there: “The wolf hunters deserve praise. (…) I am proud to be a hunter when I see how the wolf hunters acted in central Sweden. The reports I received bear witness to well-organized hunts a high level of security and reputable hunters – despite the presence of activists trying to disrupt the hunt in some places,” said Mikael Samuelsson, chairman of the . The association argues that the number of wolves in Sweden is too high.

The population is not threatened, says Samuelsson, but is at a record level. According to the , around 540 animals were counted in Scandinavia in the winter of 2021/22. In Sweden, the number of wolves during this period has been estimated at around 460.

However, Sweden is lagging behind: there are an estimated 2,700 wolves in Bulgaria and around 3,300 in Italy. According to the monitoring year 2021/2022, a total of 161 confirmed packs, 43 pairs and 21 territorial individuals lived in Germany.

From the Baltic Sea to Saxon Switzerland

In the land of eagles, wolves and cranes – Germany’s wild east

Like the hunters’ association, Swedish politicians see the need to reduce the number of wolves. The Environment and Proposed changes to wolf management in May last year. One should orientate oneself to the reference value decided by Parliament in 2013. Specifically: “The committee believes that given the densification of the wolf population in the country, the value should be in the lower range of 170 individuals.”

The Swedish Minister for Rural Affairs at the time, Anna-Caren Sätherberg, said: “We have reached a favorable conservation status, which makes wolf management unpredictable.” The level of conflict with the wolf has increased, while acceptance of it has decreased.

However, conservationists consider the figure of 170 to be too low. The Swedish Environmental Protection Agency had set a minimum number of 300 wolves to keep the population in favorable conservation status, reported in May. A number anchored in .

The wolf is important for ecosystems

Criticism also came from nature and animal rights activists: The number of 170 is not based on scientific facts, said Benny Gäfwert, predator expert at the WWF, the broadcaster. “The value of 170 is too low.” The smaller the wolf population, the greater the impact of fluctuations on the genetic status of the population.

Wolves do indeed play a major role in ecosystems, as they are at the top of the food chain in their habitats. Wolves are considered the “health cops” of the forest, as they eat weak and sick animals, keeping their prey population “healthy”.

However, the presence of wolves also causes certain animals, such as deer, to avoid wolf hunting grounds. This in turn helps the vegetation as young plants are eaten less. Wolves thus contribute to the restoration of vegetation. In forests this is very important to protect the soil from erosion.

Animal rights activists are now hoping for support from the European Union so that the wolf is no longer endangered. There have already been two reminders from Brussels in the direction of Stockholm. At the time, the EU Commission called on the government to bring wolf hunting into line with EU rules. According to the Commission, by allowing licensed hunting, Sweden has introduced a “systematic practice that violates the Habitats Directive”. In addition, Sweden “does not consider any other satisfactory alternatives” to wolf hunting.

So far, however, no action has been taken against Sweden before the EU Court of Justice. Commenting on the current hunt, a Commission official told the news site: “The infringement procedure is ongoing and we are closely monitoring the situation.”

At the end of November, she called for a “detailed analysis” of the wolf threat after reports of increased attacks on livestock, especially in the Alps, had come in.

In the same month, the European Parliament passed a law on the protection of farm animals – to the detriment of wolves: the text calls for their protection status to be downgraded.